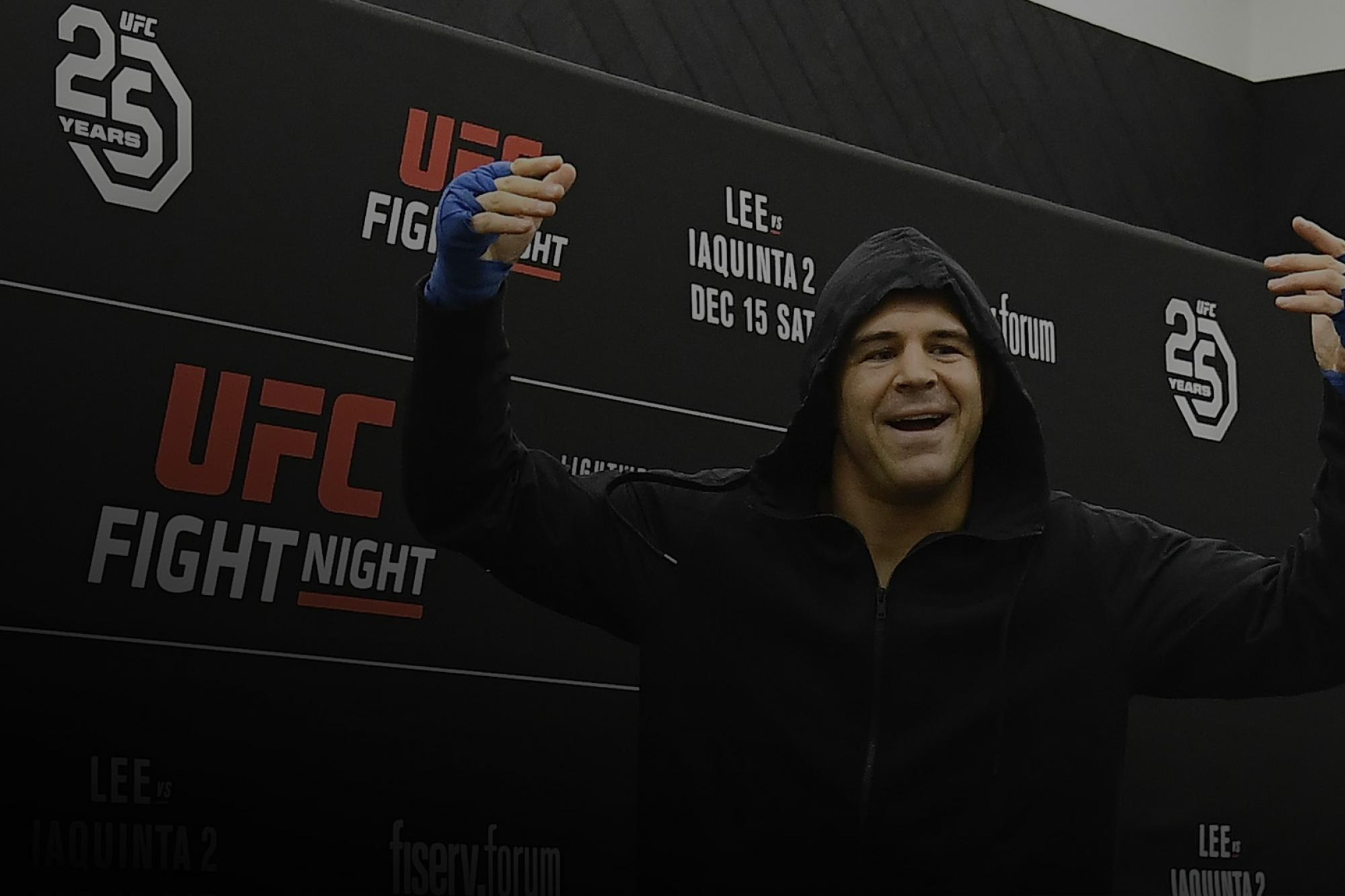 Ask Al Iaquinta about life in 2018, and he laughs. “I’m flying by the seat of my pants, just winging it, taking every opportunity I get and having fun with it. It’s par for the course for me, I guess.”

It is, but the Long Islander is one of the few who can make it work and still be left standing at the end. From battles with the UFC brass to taking a championship fight on a day’s notice, from managing a growing real estate career to staying among the best lightweights in the world, “Raging Al” is walking a tightrope, but he’s smiling every step of the way.

“I think I’m just doing it my way and it’s working out for me,” he said. “I’ve been pretty inactive, and for me to still be up there with people still talking about me, I think I’ve been doing all right doing it my way.”

The 31-year-old won’t sing his version of “My Way,” but we get the picture. No matter who he’s fighting – literally or figuratively – he’s someone who thrives in chaos and he’s got the 8-3 UFC record to prove it. It begs the question, with a more conventional path, would Iaquinta still be Iaquinta?

“Obviously the last fight I would have liked a little more structure, but that was the only way I was getting that fight, so I took it for what it was,” said Iaquinta, who fought Khabib Nurmagomedov on a day’s notice in April. “I had fun with it, and even though I didn’t get the result that I wanted, I opened a lot of people’s eyes and it put me in a position to where my stock increased.”

It’s why he’s in a main event this Saturday against Kevin Lee, and why people still care. And yeah, even though he’s got an important and intriguing fight coming up, we still can’t stop talking about his five-rounder with the lightweight champ.

“It was a whirlwind of a weekend,” he laughs. “Even up to that point, my training wasn’t where it had been in the past. I was still battling a bunch of injuries and what not and it just opened my eyes to where I was at. I was right up there with the top guys. And on most days I can beat everybody in that division.”

The short-notice fight with Nurmagomedov resulted in a decision loss, but it did show that Iaquinta could hang with the elite at 155 pounds, and even better, it smoothed out some feathers ruffled between Iaquinta and the UFC brass.

“The UFC put me in a good spot with them, and they really appreciated that,” he said. “I have a way better rapport with them and they understand a lot more where I’m coming from after we fought it out for a while.”

That fight done, he’s got another one with Lee, the man he decisioned back in 2014 when the two were simply prospects. Now they’re contenders, and while Iaquinta didn’t think he would see Lee again after their first bout, now it makes all the sense in the world.

“Immediately after, no,” said Iaquinta of his thoughts about fighting Lee a second time. “But then he started winning a few fights and he started calling me out. I was still working my way up and I was ranked ahead of him, and then once he started getting ranked, then I kind of saw it (a rematch) again. He was calling me out for a while and I was like, I’m way ahead of this guy. I didn’t think it was ever gonna happen again. I had some things that kept me out of the Octagon for a while and he won a bunch of fights – looked really good, looked really tough – and then it started to become an option to fight him again. I beat him the first time and he’s ranked higher than me now. He’ll be the favorite, probably, so it’s gonna be interesting.”

It always is interesting with Al Iaquinta, and he plans on keeping it that way into 2019 and beyond.

“Everything’s looking up,” he said. “I had a fight that didn’t go my way this year, but I worked hard in every part of my life in 2018 just to set up for the future, and I’m gonna keep doing the same in 2019 and it’s gonna be a great year.”