Akira Corassani: Life with No Limits 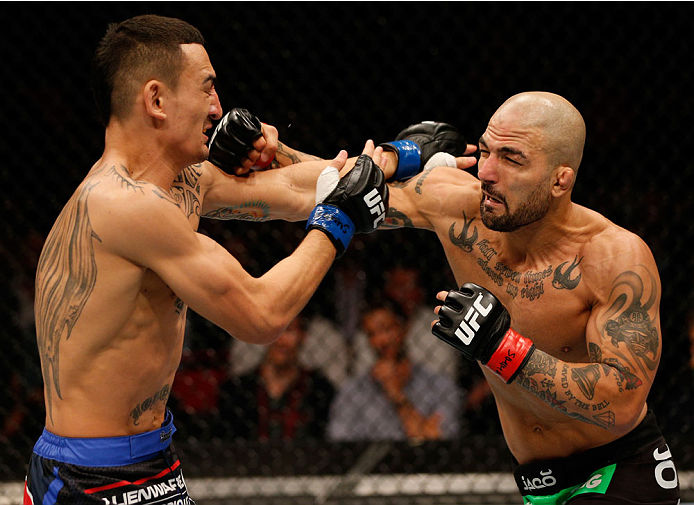 It was clear pretty early on that Akira Corassani was never going to be part of the family business, at least not in the conventional sense.

“I have four doctors in my family,” the UFC featherweight said. “But I didn’t choose that life. The joke is that I’m trying to give them patients, with mental and physical issues.”

He laughs, having taking a vastly different path from his father, a psychiatrist, and his sisters and brother, all of whom are in the medical field.

“I’ve always been the rebel,” he explains. “I’m the middle child. So when my two big sisters got into medical school many, many years ago, my mother and father were like, ‘okay, we’re good, we’re set; he can do whatever he wants.’ (Laughs) I live my own life. Going to college, graduating college, going to Wall Street, working 9 to 5, that’s easy. Anybody can do that. But I chose to live my life differently.”

That wasn’t always a good thing, as he admits that he was once on the wrong track as a young man, but now at 32, just days away from a gig as one of the featured athletes fighting in the 30,000-seat Tele2 Arena in his native Sweden on Saturday, it may be safe to say that Mr. Corassani did all right for himself. But has he mellowed?

“I’ve been settled for the last four, five years,” he said. “Now I have a fiancé that’s keeping me in check, and everything is perfect. It’s still so much fun to look back though. I still have that in me, but it’s more sophisticated now. I still love adventures.”

Among those adventures are the ones he experiences in his day job as a professional mixed martial artist. When discussing Saturday night’s event in Stockholm, the second biggest in UFC history, Corassani believes it will be “beautiful chaos,” a far cry from the days when competing in MMA for him was just chaos.

“You’ve got to remember, just seven years ago, MMA was banned in Sweden,” he said. “And now we’re here. It’s unbelievable. We were fighting in basements in Germany with 50 people in the crowd. We traveled to all kinds of shady places – events arranged by motorcycle gangs – and we were fighting for $200.”

Today, a young man or woman from Sweden who wants to fight professionally can look at the success of Alexander Gustafsson, headliner of Saturday’s event, as well as the rest of the Swedish UFC contingent, and have something to shoot for. When Lund’s Corassani got the itch to put the gloves on, “there was nothing.”

That didn’t stop him though.

“It’s never been about career or money or people,” he said. “It’s just a feeling. Since I was a kid, I did martial arts, and of course we were influenced by the Bloodsport and Kickboxer movies, and Bruce Lee. We were doing it in the gym every day for free anyway. (Laughs) It was just a drive, a passion that then turned into something so much deeper. It’s a journey of self-exploration, basically. Like a free diver is testing how deep he can go. Here, you’re dealing with different bodies, different types, different styles, and for me, it’s living life on another dimension; on a higher level, so to speak.”

When someone does that, much of the motivation has to do with the journey and the event, but not necessarily the end result. Nearly eight years after his pro debut in 2007, Corassani’s record may be spotty at 14-6, yet while he still cares about wins and losses, that’s not the be all, end all of his fighting existence.

“Look, if I would rack up a ten-fight win streak, of course I would be in line for a title, if not earlier, and nobody goes in with a game plan to lose. We all train to evolve, get better and win. That comes automatically. Of course I’ve visualized that and it’s amazing, but I’m doing this for a whole different reason. First of all, I love the feeling of a fight. I love to be in top shape and I love to fight. I don’t ever back down from a fight. I’m going after the top ten guys instead of hiding. I’m asking for these fights. I love the challenge.

“And in five years, nobody’s gonna give a f**k anyways, so what are people fighting for? Legacy? To build a name? This is for me, and only for me am I doing this. I’ve had so many experiences in life with people and cultures and travel, and that’s why I’m doing it. It’s right now. It’s self-exploration and I love challenges.”

Saturday’s challenge is Sam Sicilia. But for Corassani, it could be anyone. All that matters is the fight, nothing else. It’s an interesting mindset to have, but Corassani believes that it’s only odd if you don’t have it.

“To me there are no limits in life,” he said. “The limits are what you put on yourself. I’m living life very fearlessly.”