"If you picture two guys starving, our sport is this: there’s a plate of
food in the middle, and only one guy can eat. That’s just the job." - Akira Corassani

In a fighting sense, Akira Corassani fancies himself a gangster.

And while Renzo Gracie, the leader of the Renzo Gracie Fight Team, may be the Godfather, if you talk to the UFC featherweight, he is a more than willing soldier in his second family.

“Everything I’m doing here in America and my development as a fighter, I give all credit to Ricardo Almeida, Mark Henry, Brian Blue, Chris Ligouri, Steve Rivera, Frankie Edgar, Frankie Perez, Jamal Patterson, Edson Barboza and Marlon Moraes,” he says.

Corassani will be facing one of the toughest guys in the featherweight division on April 16th at the TUF Nations: Canada vs Australia finale in Dustin “The Diamond” Poirier, a fighter he’s uniquely familiar with.

“On paper, yeah, he’s the toughest so far, but we have to figure that out when we get into the cage,” he said. “Dustin and I were roommates in Colorado. We went to camp together. We went as sparring partners. We were sparring each other for a while. He knows what I had and I know what he had back then. This is not personal, this is business. He’s in my way and I’m in his way. If you picture two guys starving, our sport is this: there’s a plate of food in the middle, and only one guy can eat. That’s just the job.”

The Sweden native has been a pro fighter since 2007, and is currently undefeated in his UFC run. To say that this experience has been a bit surreal for Corassani may be an understatement, but it may also be all too familiar.

“I’ve had a long career and a lot of fights, but I’ve always visualized myself in the UFC,” he says. “And the vision of being here is so much better. I am living the American dream. I am here in America, I have a beautiful American fiancé, and I have to pinch myself sometimes. It’s all been a dream come true, and a vision come true. I don't really think about it too often, but now, talking about it, I actually am kind of amazed that I’m here right now. But I visualized it so much that it’s kind of like deja vu.”

In Poirier, Corassani faces one of the most well-rounded and proven fighters in the UFC. He’s faced a who’s who of the featherweight division, and he’s usually the one getting his hand raised at the end of his fights. None of this fazes the Swede. 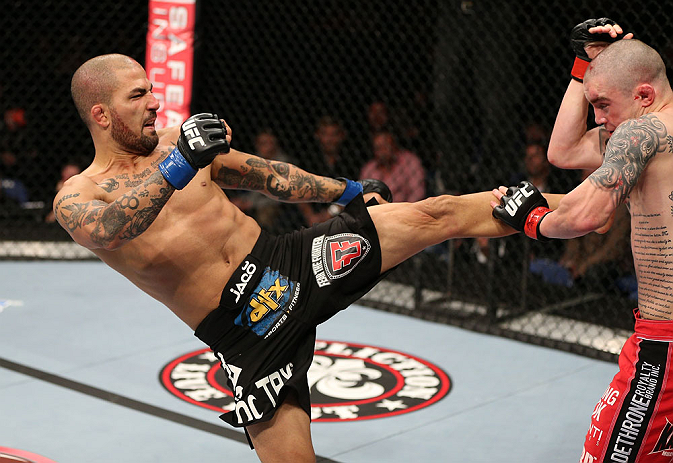 In his last fight, Corassani suffered a broken nose after a brutal knee from Maximo Blanco that turned out to be illegal. His nose was operated on a few times since then, however he doesn't think about the lost training time, the pain, or even the inconvenience of visiting the plastic surgeon several times over a three-month period.

Instead, he talks about referee Mario Yamasaki.

“Mario Yamasaki was very alert,” he says when I ask him how his nose has healed up. “He was an alert and sharp ref and it’s a credit to him that he saw what happened, but it’s always sad.  I don’t want to win that way or even be in that situation, but in a way it’s good for me going into this fight because nobody saw what I was going to put on him. So Dustin doesn’t know what I’ve got in store for him, and in a way, I’m glad it happened the way it happened.”

Hardcore MMA fans and fighters themselves are keenly aware that there will come a day when friends will enter an arena as opponents, rather than sparring partners or cornermen. This is one of those times, and Corassani says that the average viewer may find it hard to comprehend how two guys can do so much damage to one another and then hang out together afterwards.

“I fight my friends every day, my brothers. You know what I mean,” he says. "Frankie, Marlon, Edson, Chris, we are brothers, and we fight each other hard, every day. The game is to win the round. None of us want to lose not one round to one another. This is my life. So going in and actually being paid to fight Dustin, that’s even more incentive to win. Dustin and I are cool. We will be friends before we go into the Octagon, and we will be friends again when we leave the Octagon. But once that cage door is locked, we aren’t friends. We’re competitors. We’re warriors. And this is going to be a great fight. The sport is small. Most of us are friends. And the viewer may not understand that. They may watch and say, ‘How can these guys be friends and beat each other up?’ It’s no different than the Rangers playing the Devils in hockey. These guys may fight like warriors on the ice, but after the game they all hang out and have beers together. Our sport is no different.”

What is different about “our sport,” however, is the wear and tear on the body the sport has on its practitioners, particularly cauliflower ear, of which Akira has one of the most dominant examples. If the UFC has a Tweeting bonus, they should also institute the Cauliflower Ear of the Month bonus. Corassani would win every time, and I tell him I’m concerned it will explode like James Thompson’s did when he fought Kimbo Slice, or that it will just rip off one day while escaping a guillotine choke. In short, it’s pretty ugly.

“Hahahahaha,” Akira says. “My ear is cartilage that’s turned inside out. I know it’s ugly but my fiancé loves me, and if you hit my ear, guess what, you will break your hand.”

It’s unlikely Poirier will break his hand if he lands a left hook to Akira’s ugly ear, but if he does and 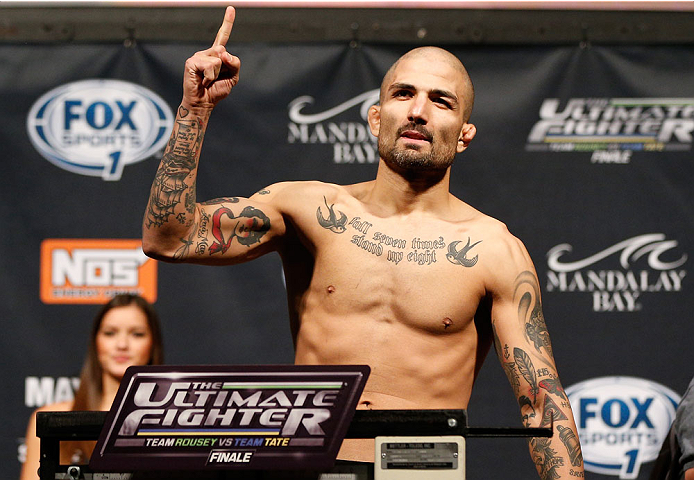 Akira capitalizes and wins the fight, a victory will catapult his own prospects in the division, perhaps launching him into the top ten.

“I want to be the champion 100 percent,” he said. “But I don’t think about me beating Dustin Poirier putting me in a position better than I am in right now. The minute I start doing that I have already lost the fight. I just fight. I don’t plan on taking a vacation after I fight. I don’t plan on going to Sweden and seeing my parents after a fight. I plan on getting back into the gym and getting ready for the next call from the UFC.”

And perhaps having a beer with his old roommate while watching the main event of TUF Nations together, no matter whose hand is raised after they share fifteen minutes inside the world’s ultimate proving ground for fighters.