Aiemann Zahabi Feels Sharper Than Ever

Aiemann Zahabi Hopes To Regain His Finishing Form As He Returns To The Octagon.
By E. Spencer Kyte, on Twitter @spencerkyte • Feb. 16, 2021

Aiemann Zahabi won the first seven fights of his mixed martial arts career — six on the regional circuit inside the opening round, and then his UFC debut by unanimous decision on February 19, 2017 opposite Reginaldo Vieira in Halifax, Nova Scotia.

When he steps into the Octagon on Saturday night to face Drako Rodriguez, he’ll do so looking to halt a two-fight skid that lingered through last year and has eaten at him more and more each day over the 1,462 days it will have been since he toppled Vieira to last have his hand raised.

“I don’t know if I’m going to cry when I win, but it’s emotional for me,” said Zahabi, who last competed in May 2019, losing a decision to Vince Morales. “I consider myself to be a winner in life in general and in everything I do, and it’s hard to have those losses back-to-back; it’s hard to get past it.

“I don’t like that I haven’t fought multiple times since then just to get back into the win column because I don’t consider myself a loser, so it’s been hard.” 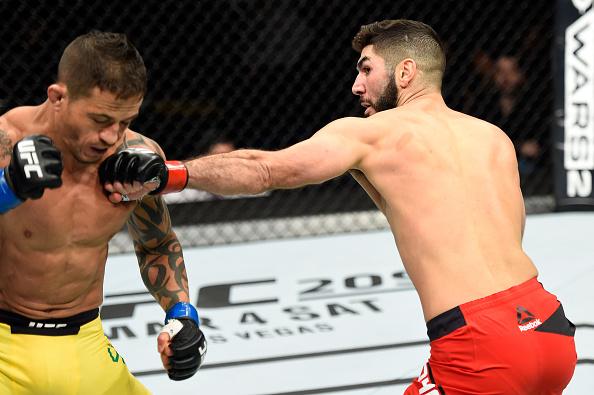 It wasn’t supposed to be like this, of course; Zahabi wasn’t meant to remain stationed on the sidelines through all of last year, but a proposed bout in the spring was scuttled when the coronavirus pandemic prompted the sporting world (and everyone else) to press pause, and when the UFC returned to action, the right opportunity just never materialized.

His return was pushed to “next month” with the turning of each calendar page, just like how the sign behind the bar still says “Free Beer Tomorrow” each day you turn up hoping to cash in.

When a matchup with Rodriguez finally came together, Zahabi tested positive for COVID, scuttling the bout at the outset of Fight Week and extending his hiatus even longer.

“I’m dying to get in there!” said the excited bantamweight. “That COVID thing was a heartbreaker. I had worked so hard to fight finally and it was so much time off, it was emotionally draining.

“I actually feel like I had an adrenaline dump when I got the results; it took me a day or two to get my bearings.”

No fighter ever likes it when the last result on their record is a loss, and the longer it sits there, the more irritating it gets.

Not only has Zahabi had to go more than 650 days with consecutive ticks in the loss column positioned at the top of his record, but he’s also had to endure it while accepting that miscalculations he made in his fight with Morales turned the first loss of his career into a two-fight skid. 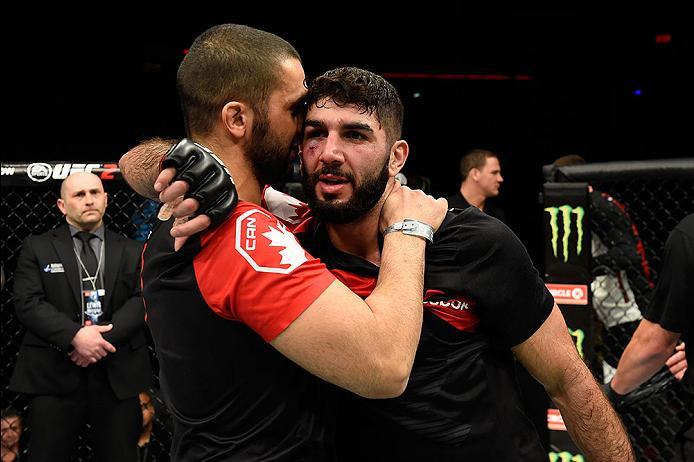 “I thought I had secured rounds one and two and in round three, I didn’t want to get knocked out like I did against Ricardo Ramos,” said Zahabi, who got caught with a spinning back elbow two minutes into the final round of his clash with the Brazilian Ramos at UFC 217. “I was so sure I was going to win that fight that I just went bonkers in round three and ended up getting KOed by something that is low probability; it’s only happened a couple times in the UFC.

“So, in the last fight, I was like, ‘I’m pretty sure I banked rounds one and two; let me get one win under my belt and next fight, I’ll go crazy.’ I shouldn’t have coasted; it’s on me. I shouldn’t have done that, and I’ve learned my lesson.”

Believing he was ahead on the scorecards and wary of getting caught with another big shot that would put him out, Zahabi fought more conservatively in the final five minutes and ultimately landed on the unhappy side of a unanimous decision verdict.

“In the back of my head, I was still worried about the knockout and the lingering effects,” he admitted. “As soon as the fight ended and I felt totally fine and like I barely got hurt, I was so upset walking backstage and I told my brother, ‘I can’t believe I took my foot off the gas pedal in round three.’

“I should have just kept doing what I thought was winning me the fight,” continued Zahabi, who trains under his brother, Firas, at Montreal’s Tristar Gym. “The problem is that all of a sudden, in the fight, I started saying, ‘You got away with two rounds of not getting knocked out,’ instead of saying, ‘Keep doing what you’re doing.’

“I started thinking of it as ‘don’t get hurt’ because in the fight before with Ramos, it happened in the third, so there was kind of some PTSD-type stuff in the moment.” 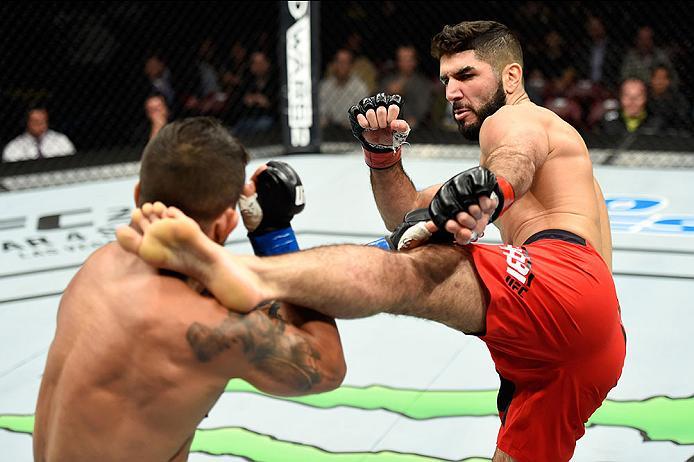 Now more than three years removed from the knockout loss in New York City and feeling sharper than ever, the 33-year-old Brazilian jiu-jitsu black belt is champing at the bit to get back into the Octagon and mix it up with the debuting Rodriguez. The 24-year-old newcomer was a standout on the regional circuit before punching his ticket to the UFC with a first-round submission victory over Mana Martinez last fall on the Contender Series.

With six finishes in seven career wins, Zahabi is aware that the newcomer fancies himself a boxer and brings an explosive repertoire into their matchup this weekend, but after nearly two years with a pair of setbacks stationed atop of his resume, the returning French-Canadian is prepared for whatever Rodriguez throws his way and laser-focused on returning to the win column on Saturday.

“He sees himself as a boxer first, so I’m watching out for that,” said Zahabi, offering his scouting report of Rodriguez. “He’s got a good counter left hook, a good right hand, and when he throws, he throws hard.

“I’ve noticed he has a couple wins by guillotine and that one win by triangle, so I’ve worked hard on my guillotine defense and my triangle defense to be ready for that, but I think I’m the better wrestler and grappler, and I think I can take everything away from him everywhere.

“He thinks his boxing is his best thing and I’m hoping to take that away from him,” he added. “I just can’t wait to go and win. I want to pick him apart and beat him everywhere.