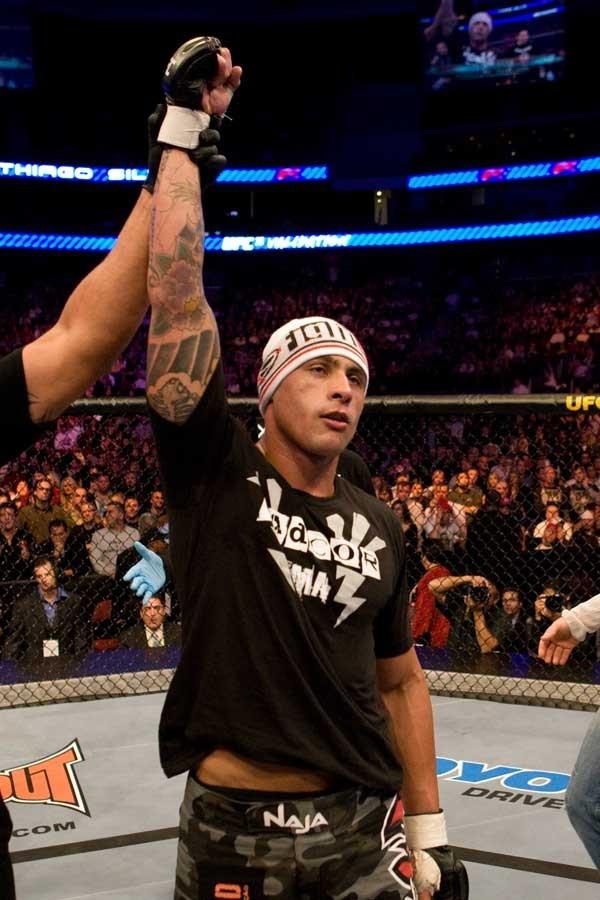 Thiago Silva has had no shortage of elite level opponents over the course of his seven year pro MMA career, with Rashad Evans, Lyoto Machida, and Alexander Gustafsson just a sampling. But after training with the Chute Boxe Academy, American Top Team, and now the Blackzilians, he is living proof that sometimes, the training can sometimes be tougher than the fights.

“I’ve been lucky to always be able to train with high level fighters, and I can say that this has helped my confidence because I know that my training is always harder than the actual fight.”

Isn’t that stressful though, knowing that odds are you’re going to be the nail as much as the hammer on any given day in the gym?

“My motto is train hard, win easy,” said Silva, who hopes to get back in the win column this Saturday against Bulgaria’s Stanislav Nedkov. It’s been a rough couple years for the Brazilian, who hasn’t earned a victory since knocking out Keith Jardine in August of 2009.

Decision losses to Evans and Gustafsson followed, sandwiched around a no contest with Brandon Vera. Following his three round loss to “The Mauler” in April, Silva decided that he needed a change, and while the Sao Paulo native is remaining in south Florida, he’s switched camps for the Nedkov fight, going from American Top Team to the Blackzilians.

“Training with the Blackzilians was the best choice I’ve ever made,” said Silva. “They have a great training structure and a great team of coaches; that makes all the difference.”

It’s a major move, especially before a big fight, but the transition couldn’t have been smoother for the 29-year-old.

“Actually, I didn’t have to change anything,” he said. “I simply started training more and with professional supervision.”

He’ll need to be firing on all cylinders against the unbeaten Nedkov, who finally made his long-awaited UFC debut in 2011 with a knockout of Silva’s countryman Luiz Cane.

“He’s a tough fighter,” said Silva of Nedkov. “But I’ve fought fighters just as tough as him, so I’ll be ready for this fight.”

Silva should be ready for the commute to China too, considering that he’s fought in Brazil, England, Japan, the United States, and Sweden over the years. Not that it’s his first choice to be traveling halfway around the world.

“I don’t like traveling, but this is my job and I’ll go wherever I need to,” said the Brazilian, who understands that you can’t win them all, but that he does need to win this one to keep his title hopes alive.

“Winning and losing is part of the job,” he said. “The only feeling I have when I win is that of relief, because I know I will get more money.”

Silva laughs, a brief moment of levity before what could possibly be seen as the biggest fight of his career. But then it’s quickly back to business when you ask him about getting back on the winning track.

“I’m ready to fight,” he said. “I want to put on a good fight and win. And as always, the fans can expect an aggressive and daring Thiago.”