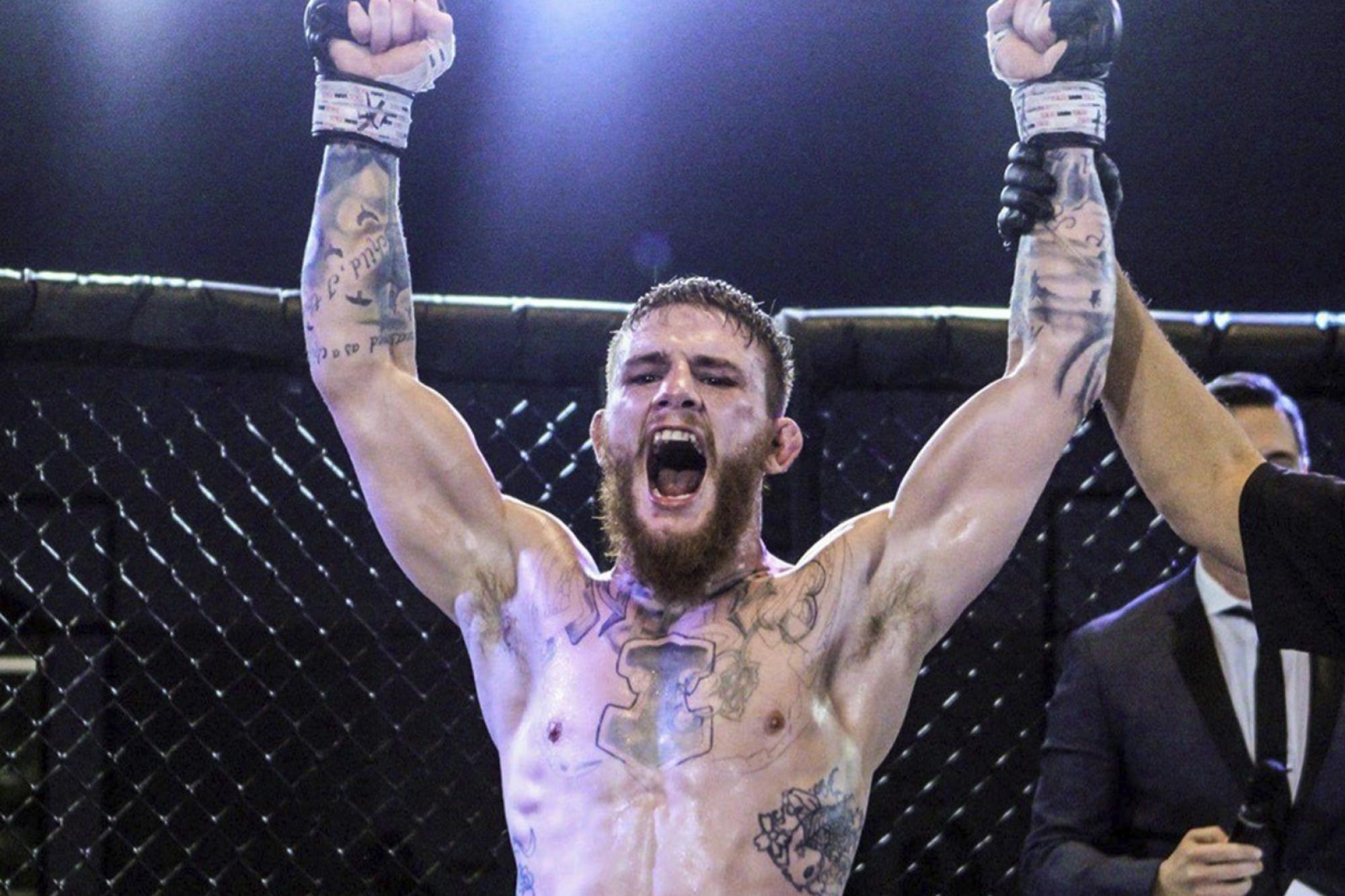 Against All Odds, Jake Heffernan is Back

A Devastating Injury And A Freak Hunting Accident Weren't Enough To Keep Jake Heffernan From Returning To The Fury FC Cage.
By Walker Van Wey • Jun. 14, 2021

After a two-year layoff, Fury FC’s Jake Heffernan’s broken leg and gunshot wound are healed and he’s ready to get back in the cage.

After suffering back-to-back losses following a 7-0 run to kick off his career it was possibly a good time for Heffernan to take a short break and get back in the saddle. The sabbatical would be thrust upon him when he suffered a broken leg in the opening ten seconds of his last fight.

“I fought on a broken leg for three rounds,” Heffernan explained. “It hurt, but at no point was I going to stop fighting because something is wrong with my leg, I was just like, ‘something’s wrong; I got to find another way to win.’”

Although Heffernan wasn’t able to secure the win, nor was he able to preserve his health, his goal-orientated mind wasn’t derailed and he found a way to get better when the cards were stacked against him.

“I gave it six full months of healing time before I even started doing any kickboxing again, so I just boxed for six months waiting for it to heal,” Heffernan said. “I was in a boot for 10 weeks and then after the 10 weeks I just focused on getting my hands back to normal.

In the midst of “doing something while he was doing nothing,” Murphy’s Law reared its ugly head in Heffernan’s life once again. Faster than the blink of an eye, his hands were out of commission as well.

“I was out hunting with some of my coaches and one of my students,” Heffernan said. “We were out hog hunting, probably one of my best days shooting ever. At the end of the day, we went to pick up the kills and we hit a bump in the road, and one of the revolvers in one of the guy’s holsters popped loose and hit the truck bed, and went off and caught me in the elbow.”

The .45 hollow point traveled up the elbow, tearing through muscle tissue as well as the brachial artery. As if the pain of the bullet entering his elbow wasn’t bad enough, his buddy’s actions to keep him alive was somehow worse.

“As soon as I got shot, he jumped forward and shoved his thumb into the bullet hole to tourniquet it with his bare hands,” Heffernan said. “He made it to where I didn’t die until they could get the necessary stuff ready. They told me since it was my brachial artery if I had bled out for more than just a couple seconds I probably would have died.”

The hospital visit was equally miserable. Heffernan sat in what he deems the most rickety ambulance of all time, bouncing with every bump in the road and being told he may lose his arm. A tourniquet was applied, as was pain medicine. Unfortunately for Heffernan, it was the wrong medicine.

“I’m like, ‘Can I get some morphine or something?’” Heffernan recalls. “At that point they told me they gave you something wrong in the ambulance so that’s why we can’t give you medicine yet, so I’m sitting here dealing with ‘you’ve been shot pain” and there’s nothing we can do about it.”

Four hours later, he was finally given pain medication. The doctor also informed him that after looking into things, the arm would be saved, but even that good news came with an asterisk, one Heffernan refused to accept.

“Doctors, rehab specialists and everyone else thought I wouldn’t move that hand for two years,” Heffernan said. “I was like f*** that, I have to fight ASAP. I’m already coming off an injury; I’m not going to let this hold me back.”

After three months of hand exercises and BJJ, Heffernan had full mobility of his hand.

We won’t know for sure until June 20, but if you ask him, Texas featherweights are in for a rude awakening.

“I’m back as far as Houston is concerned,” Heffernan said. “The king is back at ’45 - that’s who I was, who I’ve maintained to be in training, and I’m still one of the hardest dudes to go with in all of Houston, for sure. Just to let everyone know, I’m back, it’s going to be fun and I’m happy to do it.”

Catch the return of Jake Heffernan and much more at Fury FC 47, Sunday, June 20, ONLY on UFC FIGHT PASS!