After heartbreaking 2015, Gustafsson is back and looking forward

Over the last three years, Alexander Gustafsson has taken part in a pair of epic battles for the UFC light heavyweight title.

In close encounters with Jon Jones (UFC 165) and Daniel Cormier (UFC 192), the 29-year-old Swedish standout has proven himself as one of the elite talents in the 205-pound ranks; a fighter not only deserving of his place in those championship contests, but someone who rises to the occasion when UFC gold is on the line.

Of course, he’s come up short in both instances, leaving Gustafsson no choice but to laugh at the positive designation that has emerged from a pair of crucial contests that didn’t go his way.

“It’s your opponent and your competition,” Gustafsson said when asked why those championship bouts have yielded his two most impressive performances to date. “You have to do your best and perform the best you can and that makes you have very high expectations on yourself and you work from there.”

In his fight with Jones, Gustafsson became the first to take “Bones” to the canvas, a development few saw coming and a testament to how far the rangy fighter had come since his early days in the Octagon. Against Cormier, he went blow-for-blow with the former Strikeforce standout, getting the nod on the scorecards from one judge, leaving him tantalizingly close to reaching his dream.

It was a gut-wrenching end to a very challenging year for Gustafsson, one that started with a first-round knockout loss to Anthony Johnson in Stockholm that left him pondering whether he wanted to continue competing in the UFC. Those same questions bubbled up again following the loss to Cormier and, as he had done earlier in the year, the reflective Swedish star backed away from the spotlight to figure out what comes next.

As much as those setbacks produced scars that will never quite fully heal, Gustafsson says the decision to return was an easy one, and he believes there is plenty of time to reverse the outcomes of those narrow defeats in the future.

“It was a pretty tough year, but I just kept training and looking for the next challenge and here I am,” says Gustafsson, who returns to action this weekend against Jan Blachowicz in the co-main event of Saturday’s event on UFC FIGHT PASS from Hamburg, Germany. “It feels great to be back, actually.

“(Deciding to continue fighting) was pretty easy. It was just learn from the loss and get better next time; that’s how I thought. I’m still 29 and I still see myself with a lot to learn, so I’m still working on certain things, and those close decisions are going to be to my advantage next time. 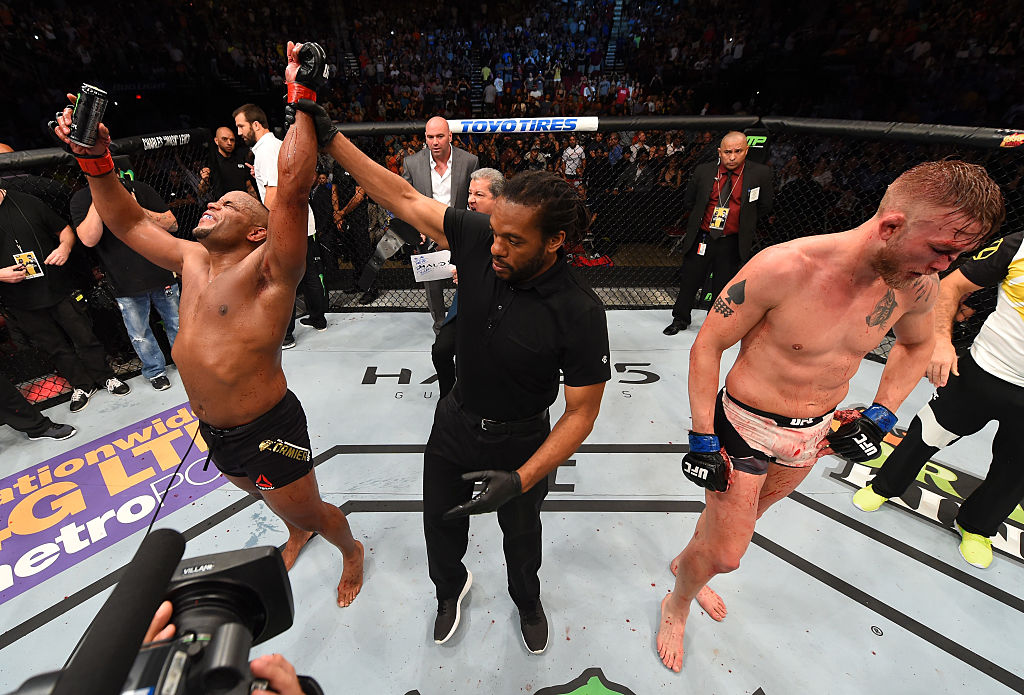 While coming out on the happy side of a championship decision – or winning the title without the fight going to the cards, ideally – is very much something Gustafsson looks forward to in the future, he’s no longer pre-occupied with sharing the cage with Jones for a second time.

In the aftermath of their Fight of the Year clash in Toronto back in September 2013, there was talk of an immediate rematch between the two before the UFC decided to put at least one fight between the rivals, matching Gustafsson up with Jimi Manuwa, while Jones defended his belt opposite Glover Teixeira.

Both men earned victories and a second clash was scheduled and situated atop the fight card at UFC 178, but the rematch never materialized. Gustafsson suffered a knee injury and was replaced by Cormier, whose simmering rivalry with Jones quickly turned into a wildfire, one that still burns to this day.

“I don’t even think about that anymore,” Gustafsson says of a do-over against Jones. “For me, that’s just a good memory. I’m looking forward and all I see is my next challenge, nothing else.

“It is what it is – some circumstances made it so that it didn’t come true, but that’s just how it is. I’m looking forward to every other fight and take it from there.”

And that starts this weekend with Blachowicz.

The Polish veteran has split four appearances since arriving in the UFC, and is coming off a very good performance opposite Igor Pokrajac earlier this year in Croatia. A solid striker with a crafty submission game that has not yet been on display in the Octagon, the 33-year-old is a stern test for the returning Swede, but Gustafsson is intent on starting this next chapter of his career in style, showing off the results of his time away as he makes another run at the top of the light heavyweight division.

“It’s a new era and I’m here to win and I’m going to keep winning,” Gustafsson says matter-of-factly about this weekend’s assignment against Blachowicz. “They’re going to see more improvements; I’m going to have a new skill set and I’m going to take the fight to him.