Adriano Martins: Ready for the World

"I see myself as a beginner in this division, but I have been working
hard to earn MY place among the best. I don’t want to be just one more
guy in this division." - Adriano Martins 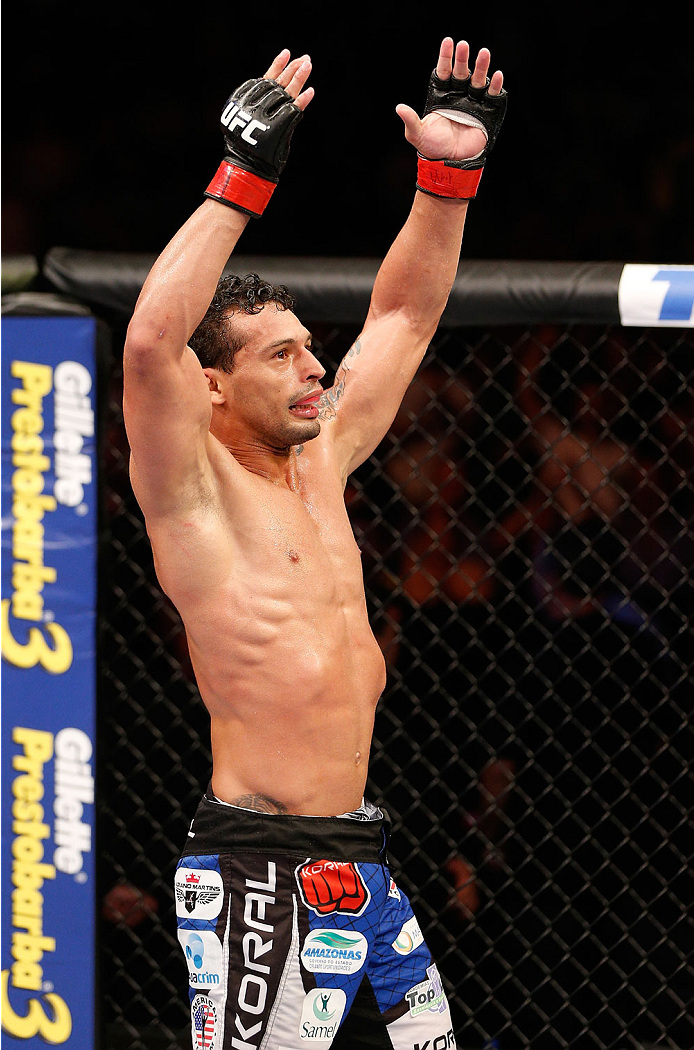 Fourteen years after it began, Adriano Martins’ fighting career is at its peak, with a Saturday bout on FOX against Donald Cerrone clearly his biggest and most important yet. Yet oddly enough, it’s a vocation that began almost by accident.

“My coach had a fight coming up, but he injured his ribs during the training camp and was unable to fight, so he asked me if I could replace him and I agreed,” he said through translator Michele Spinelli Davis. “That is how I began fighting.”

He hasn’t stopped yet, giving up the things most teenagers and 20-somethings engage in to chase after a dream of becoming a world champion. But the way the Manaus native looks at it, this was no great price to pay, because the rewards he got back in return were so much greater.

“I don’t think I lost out on anything,” he said. “Actually, I think I gained a lot because I was doing what I love to do. And when I was a teenager I’d rather being at home than go out, so I was always at home or at the gym training. As for the discipline, it was a natural thing for me. I knew that if I wanted to be the champion I had to train and work hard for this, and being a champion was something that was already in my mind by that time.”

Turning pro in March of 2004 with three fights in one night (all wins), Martins paid his dues on the Brazilian circuit with fights against the likes of Gleison Tibau, Luciano Azevedo, Ronys Torres, and Francisco Trinaldo. Yet despite a 24-6 record that included a Strikeforce win over Jorge Gurgel in January of 2013, when he made his UFC debut against Daron Cruickshank last November, he was the “new guy,” a reality that didn’t bother him in the slightest.

“No, I think it is normal that many people outside of Brazil don’t know me,” he said. “But most MMA fans in Brazil already know me, and now that I am in the UFC it is time to show my job to the whole world and I am ready for this.”

He proved his readiness in Goiania, dominating Cruickshank en route to a second round win that earned him Submission of the Night honors.

“I felt a sense of accomplishment,” said Martins. “We had worked hard for this, my team and I had already watched some of his fights, and he (Cruickshank) is a tough guy. I thought this fight would last the three rounds because he is a very tough guy, but thanks to God that was my night and everything worked better than I expected.”

This humility guarantees one thing – that the 31-year-old Martins won’t enter the United Center in Chicago expecting to roll through Cerrone like he did Cruickshank. But he will enter the Octagon confident that he’s ready for anything the “Cowboy” will throw at him.

“He presents many difficulties,” said Martins of Cerrone. “He is an experienced guy in this event and he looks for the knockout and submission regardless of the opponent. I like this fighting style, but Cerrone is the kind of opponent we have to be careful with. However, I will be prepared for this fight.”

And with a victory, Martins will go from being the “new guy” to a legitimate top ten contender in the lightweight shark tank, a division he hopes to one day own.

“I think lightweight division is certainly one of the hardest of all in the UFC, and there are a lot of tough fighters,” he said. “I see myself as a beginner in this division, but I have been working hard to earn MY place among the best. I don’t want to be just one more guy in this division.”

If he beats Cerrone this weekend, he will be a lot more than that. And that's no accident.