Adrian Yanez Is Fulfilling His Dream

Contender Series alum Adrian Yanez gets to see his work come to fruition when he makes his UFC debut October 31.
By Thomas Gerbasi, on Twitter @tgerbasi • Oct. 29, 2020

In February 2016, Adrian Yanez went through the whole gamut of emotions. First, his father Andres passed away at the age of 58 after a battle with cancer, then, with that loss weighing heavily on his mind, he moved to 4-1 as a pro mixed martial artist with a decision win over Ryan Hollis.

He was on his way to fulfilling the dream he and his dad had to see him one day fighting in the UFC.

On Saturday, that dream becomes a reality, when Yanez makes his Octagon debut against Victor Rodriguez.

Andres put that confidence in his son’s ears early on, reminding him every time they passed a notable landmark in their hometown. 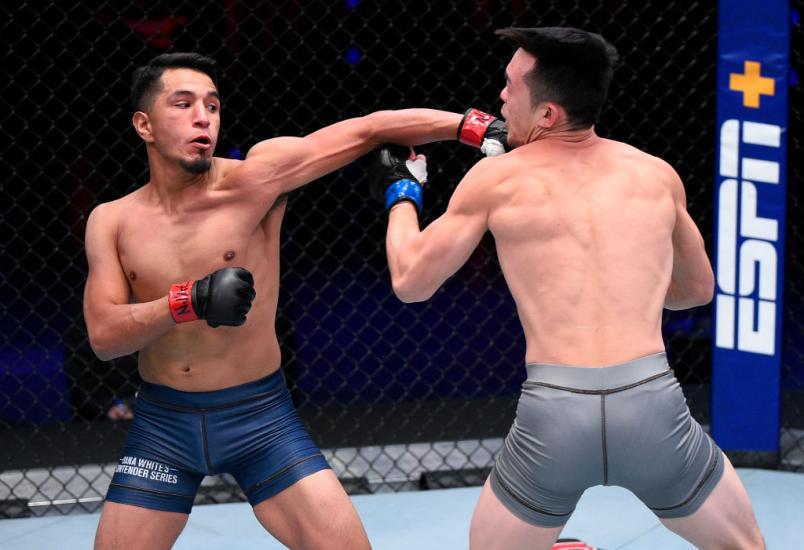 “Whenever my dad would drive me to practice, on the freeway that we would take we'd see the Toyota Center in Houston and he'd tell me, 'You're gonna be fighting in there one day,'” recalled Yanez. “My dad had that much belief in me before I even went pro. He knew I was gonna be here.”

The 26-year-old bantamweight earned his UFC contract on August 11, when he scored a 39-second knockout of Brady Huang on Dana White’s Contender Series. Once he had the paperwork in hand, he brought to his father’s grave. A promise kept.

“I promised him the contract and that's what I went to do, but I knew that he had that much belief in me that I could do this.”

Since that night in Las Vegas, Yanez has been taking everything in when it comes to achieving his first major career goal. That means wearing his DWCS gear around town (blue and gray hats being the main go-to) and embracing the new status in the sport.

As for the glow of becoming a UFC fighter just a couple months ago, he says he’s enjoyed the time, but he’s already locked in on the next step, which means beating Rodriguez this weekend.

“Right after the fight I had that 'whoa' factor that I hit my dream,” he said. “My dream was to get a UFC contract and for me to hit that goal was amazing. I was on this high. And then the next day when I woke up, I went back home and I had this switch where I said, I'm here, but my next thing I have to do is to prove that I belong. So it's not even a glow; I'm still trying to prove my worth and October 31st, I'm gonna go in there and show everybody that I belong here.” 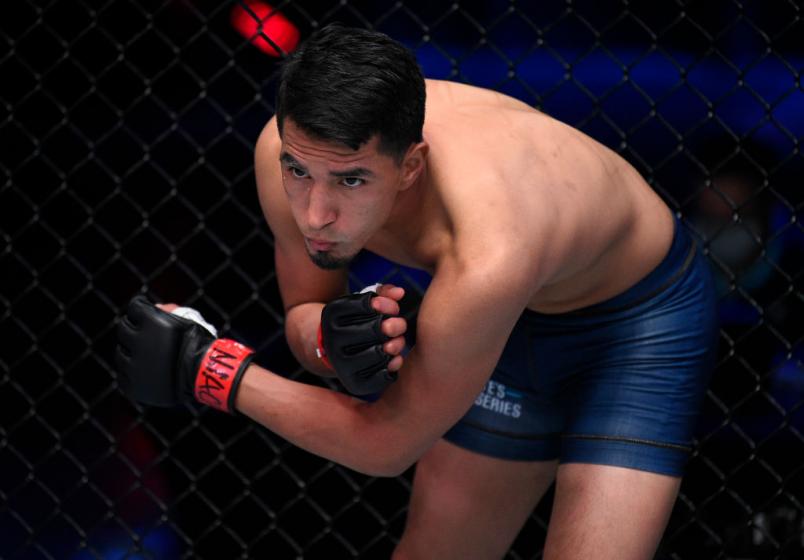 The win over Huang was plenty of proof, but there were more reasons to believe the Texan had what it took to compete in the UFC even before the call to the Contender Series. Now the owner of 11 pro wins, eight of which have ended before the final horn, Yanez also showed his potential in two split decision defeats against future UFC fighters Domingo Pilarte and Miles Johns in 2017 and 2018, respectively.

“I fell short in both of those fights for completely different reasons,” said Yanez. “In my fight with Domingo, it was just me not making the correct adjustments. And also, in the first round, I didn't know if I belonged. I knew he was the guy that everybody was gunning for, that he was gonna be the next UFC star, so I knew I could compete at that level; it just took me a second to gain some confidence in that fight. And in the second and third round, I showed it.

“Then my next fight with Miles, that one for me was just a mental switch,” he continues. “I felt like I was doing it for somebody else and not myself. And after that fight I realized how close I was. When I lost to Domingo, he went on to the Contender Series and won. And after I lost to Miles Johns, I noticed that he got the Contender call and he won. So I knew belonged and I was able to compete at that high of a level, I just needed to mentally switch it. I know I can make the right adjustments in my game plans and I believe I have a great Fight IQ. I was so close, and I just needed to keep pushing and trust the process because I knew I was destined to be in the UFC. I knew it was more mental than physical, but once I got past that mental barrier, I knew that I belonged there.”

Following the loss to Johns, Yanez won three in a row, garnering the invite to Las Vegas for this year’s Contender Series. From the time the Texan got there, he knew he was on.

“Everything felt great,” he said. “Even warming up and getting to the Apex, I felt like I had been there before, and it didn't feel new to me. Everything felt like I was ready, and it was like someone throwing a lobbing pitch and you knock it out the park. That's exactly how it felt. It was destined for me to hit this platform and move up higher. I was using this as a trampoline to bounce even higher. Even though I had a tough opponent in Brady Huang, I just looked across the cage and was like, this is my night, not yours, I'm taking this. And it was a matter of me feeling it and I just knew I was gonna take it. There's was nothing that was gonna stop me from getting that contract.”

Nothing did. Now he’s on the roster and making his debut on a card headlined by one of the sport’s greats, Anderson Silva. Not bad, Mr. Yanez, not bad.

“Man, I never would have thought that I'd be fighting on somebody like Anderson Silva's undercard,” said Yanez. “That, to me, was a dream. And now it's a reality. And also, I do find it a little symbolic that this is Anderson Silva's retirement fight and I'm making my debut that same night. I can go out there and do this. I can pull it off how he can. When he stepped into the UFC cage, he had a couple losses. I'm stepping into the UFC cage and I have a couple losses. But when he came in, he made the splash, and I'm hoping that when I come in, I make the splash. I don't want to sit here and say I'm the next Anderson Silva, but I like how there's a little bit of symbolism in everything and this, to me, is very symbolic.”