Adesanya is a true original & unlike anyone before him

Even before Israel Adesanya made his debut in Perth, Australia at UFC 221, the mixed martial arts world was buzzing at the mere mention of the name “The Last Stylebender.”

Comparisons to Jon Jones and Anderson Silva usually get the attention of the masses, but Adesanya scoffs at the exercise.

“I feel like it’s disrespectful if you try and compare me or what I’ve done throughout my career with someone else. Whether it be Anderson, Conor (McGregor), Chael (Sonnen) or whoever,” Adesanya said Thursday during his media session ahead of Fight Night Glendale Saturday night on FOX.

“I just feel I’m not the next… blah, blah blah. I’m the first me and the one and only me. So people are going to get used to it.” 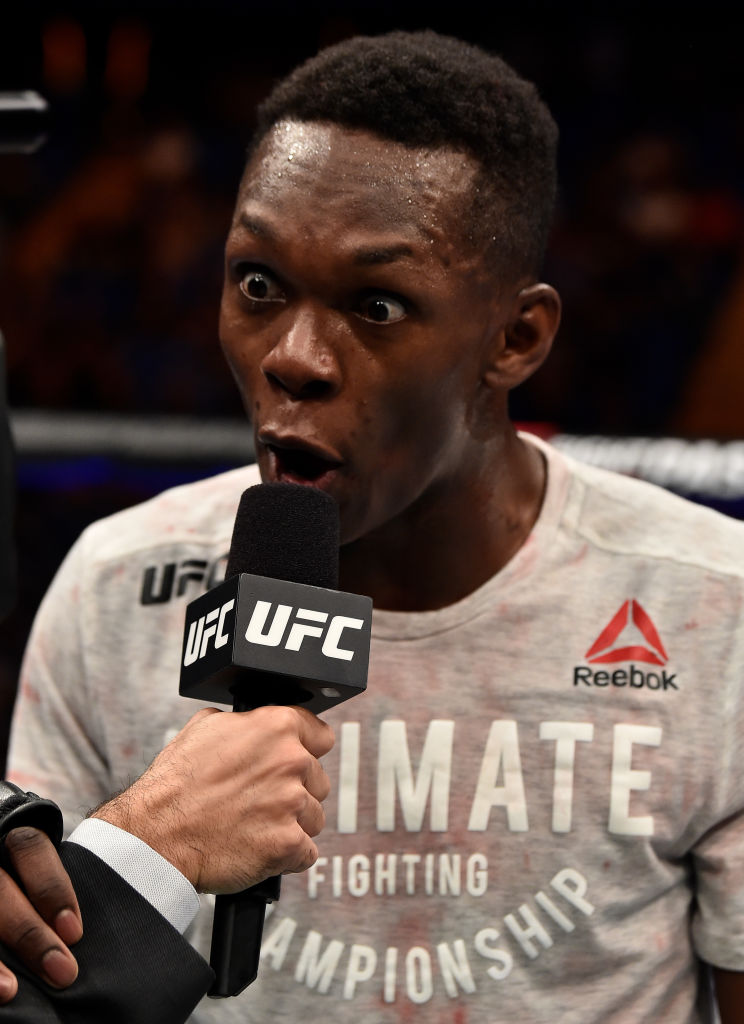 RELATED: Go inside Stylebender's training camp on Road to the Octagon | Watch UFC Minute where Adesanya his nickname's origin

Adesanya is on to something because there hasn’t been anybody like him to enter the Octagon. Think about it. He’s brought a 75-4 (with 29 knockouts) professional kickboxing record with him to MMA and since making the move he’s been dead set on perfecting all areas of the MMA game.

In his UFC debut against Rob Wilkinson, the story going into the fight was going to be how Adesanya would handle the wrestling of Wilkinson. Adesanya obviously wants his fights standing up, but he made sure to round out his game before making the jump to the big league.

“We took our time to get to the UFC because we wanted to be able to face the best – the top 10, top 5 – straight away,” he said. “I’ve been working on everything for years. My last fight I kept saying that wasn’t just an eight-week training camp, that was an eight-year training camp.”

Wilkinson managed to score only three takedowns on 15 attempts against Adesanya. Stylebender showcased his athleticism and takedown defense before overwhelming “The Razor” late in the second round to collect the TKO win and a performance bonus.

UFC president Dana White talks about the “it factor” that some fighters have which combines talent inside the Octagon with that undeniable charisma that attracts fans to their brands as athletes. Adesanya checks every box.

Hear rising phenom @stylebender sound off on his opponent at #UFCGlendale, wanting to be the best and much more from today's media session. pic.twitter.com/J8ZvIf1CLu
— UFC News (@UFCNews) April 13, 2018

The next step for the New Zealander is Marvin Vettori on the main card of FOX which airs free on TV Saturday night. It’s a big jump up in visibility but Adesanya said he fights the same whether in front of a room full of people or millions on TV.

Vettori is confident he has the chin and toughness to last with Adesnaya in Glendale, but it’s a familiar confidence that “Izzy” hears from most of his opponents.

“(Marvin is) young, he’s tough and he said he’s got a marble head that can take shots. I want to test that and see how hard that head is,” Adesanya said. “They say I have holes in my game. ‘OK cool, take a step in.’ Then before you realize it it’s too late. It’s a trap, you can’t get out and you’re drowning. It’s like, ‘Oh sh*t, I shouldn’t have jumped in this hole.’”

Right now it’s one fight at a time for Adesanya as the rest of the MMA world plans his ascent toward the top of the middleweight division. Don’t get him wrong, Adesanya can see the finish line when he gets to hoist the gold belt. It’s just not going to be a surprise to him when he gets there.

“(I want to be) one of the greatest ever, that’s the goal,” he said. “Being a champ is just a little trinket you get along the way when you are on the level that I’m on. I feel it’s just going to happen based on the way I fight, my charisma and based on the way on how I carry myself.”