Following open workouts, the UFC will attend the inaugural game at Investors Group Field as the Winnipeg Blue Bombers host the Toronto Argonauts. Welterweight Jordan Mein (27-9, fighting out of Lethbridge, Alberta), lightweight Mike Ricci (9-3, fighting out of Montreal, Quebec) and women’s bantamweight Sarah Kaufman (15-2, fighting out of Victoria, BC) will be on hand to sign autographs on the concourse during half time. 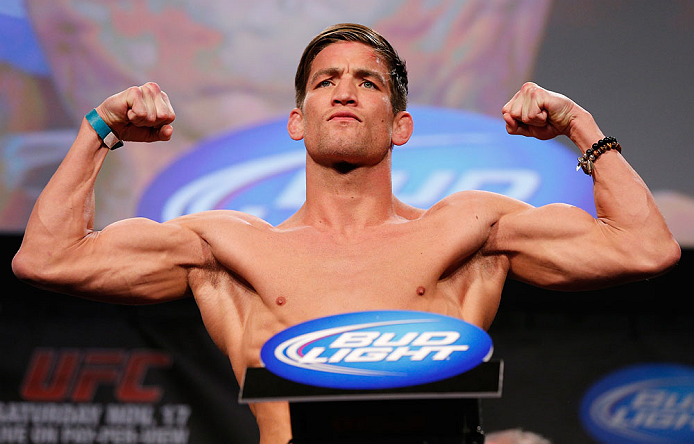 On June 14, the UFC will hold its official weigh-ins at the MTS Centre. All 22 fighters on the card will weigh in at 4 p.m. CT. This event is free and doors are open to the public at 3 p.m. CT.

On Fight Day, June 15, the UFC will hold a UFC Experience Block Party at cityplace surface parking lot at the corner of Graham Avenue and Hargrave Street. This event is free for all ages and will run from 2-7 p.m. CT. UFC Experience features a fun and interactive fan zone offering fans a chance to pose with a UFC belt. Spectators can test their skills with a punch strength machine, vertical jump test, pull-up bar and push-up station. Fans can also enjoy Q&A sessions with fighters and multiple autograph sessions. UFC lightweight contender TJ Grant (21-5, fighting out of Cole Harbour, Nova Scotia), who will be challenging UFC lightweight champion Benson Henderson for the title at UFC 164 on August 31, will be on hand for a Q&A from 2:30-3 p.m. and to sign autographs from 3-4 p.m. Kaufman and Mein will answer questions during a Q&A from 4-4:30 p.m., followed by an autograph signing until 5:30 p.m. Welterweight Mike Pyle (25-8-1, fighting out of Las Vegas, Nevada) will also do a Q&A and signing beginning at 5 p.m., and lastly, Ricci will close out the event with a Q&A starting at 6 p.m. 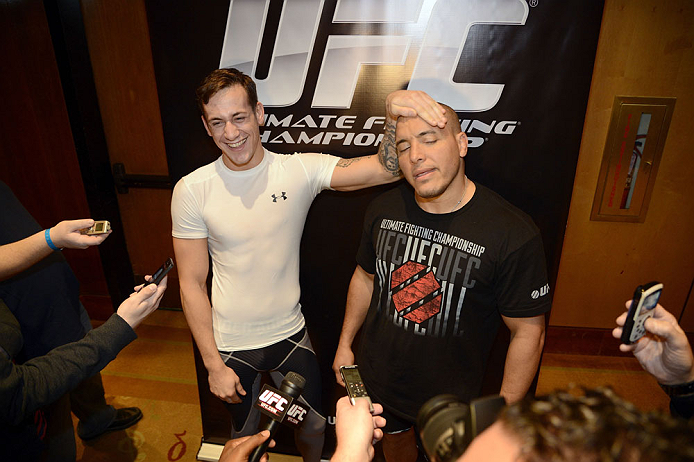 The UFC Experience Block Party includes a licensed food and beverage area (photo identification is required to purchase alcohol). Other official partners and friends participating in the block party are Harley Davidson, Xyience, Winnipeg Jets Foundation, Winnipeg Blue Bombers and Winnipeg Goldeyes. TSN1290 and CITI FM will also be on site as the official radio stations.

Tickets for UFC® 161: EVANS vs. HENDERSON are sold out. The event has already set the MTS Centre record for the largest single-day event gate in the building’s 10-year history. The MTS Centre now joins a list of three other Canadian venues that hold that same gate-record distinction, which includes Toronto’s Rogers Centre, Montreal’s Bell Centre and Calgary’s Scotiabank Saddledome.

Winnipeg is the UFC®’s fifth Canadian city to host an event as the organization has made a total of 12 stops across the country with visits to Montreal (six), Toronto (three), Vancouver (two) and Calgary (one). Home to the National Hockey League’s Winnipeg Jets, the MTS Centre has played host to some of the world’s top entertainment and sporting events but, with the global reach of its Pay-Per-View, UFC® 161: EVANS vs. HENDERSON will be the most widely viewed event originating out of the province of Manitoba – ever.