Achilles Estremadura Is Ready To Shine

Achilles Estremadura Is Excited To Defend His Lightweight Title In The Main Event Of Battlefield Fight League 66, Which Will Air On UFC Fight Pass For The First Time In Promotion History This Weekend.
By E. Spencer Kyte, on Twitter @SpencerKyte • Mar. 18, 2021

Achilles Estremadura and Battlefield Fight League have been linked from the beginning, literally, as the Vancouver, British Columbia native made his first walk to the cage for his amateur debut as part of the promotion’s debut show.

Eleven years later, Battlefield Fight League is ready to make its return to action and debut on UFC FIGHT PASS on Friday with BFL 66, and Estremadura will be there, defending his lightweight title in the main event against Canadian veteran Curtis Demarce.

“For me, it’s been pretty amazing,” Estremadura said of spending his entire amateur and pro career thus far competing under the BFL banner. “One of the nice things is that I got to fight locally growing up and all that time, I built a pretty good local fan base; plus, I just like fighting around my friends and family.

“It’s nice to see the organization grow too. I remember with Battlefield 1, I didn’t necessarily understand the scale of what they could be or that fighters would graduate right out of Battlefield and into the UFC or other promotions.”

Many of the others on the list, including Estremadura’s teammates at Checkmat Vancouver - Cole Smith and Arjan Bhullar - actually helped forge the path that the unbeaten 29-year-old is currently following, having started out as amateurs with the promotion before graduating to the professional ranks, claiming championship gold, and landing a place on the UFC roster. 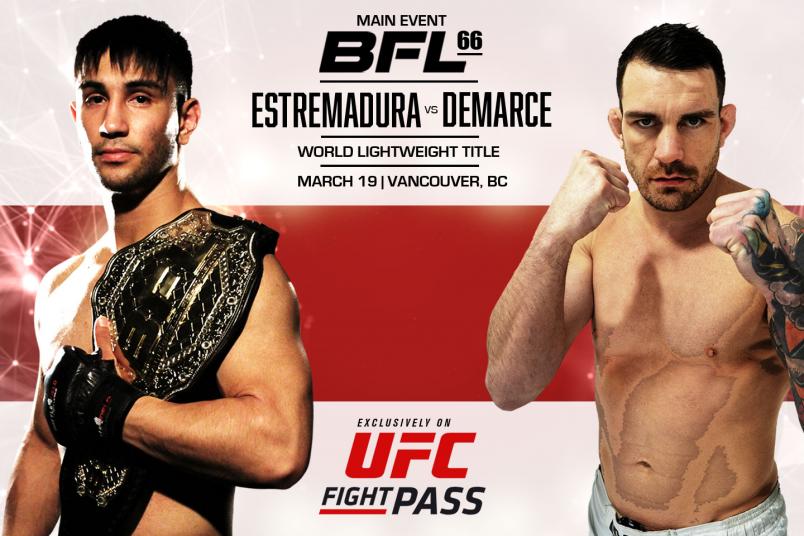 “It shows people that it’s possible,” said current UFC welterweight Tristan Connelly, another member of the Checkmat Vancouver team who fought under the Battlefield banner in the past and has cornered countless athletes at BFL events over the years. “I didn’t see anyone come up and make it. All the people that I thought were going to make it when I started, they all stopped fighting, and I was the last person that I thought would make it.

“Having them see us come up and see that it paid off — the level of motivation for all my guys the last year and a half is huge,” continued the 35-year-old veteran, who earned a unanimous decision victory over Michel Pereira in his short-notice, hometown debut the last time the UFC touched down in Vancouver. “They’ve all been way more committed, more pumped because they can see that if they stick to this path, it’s possible and not far-fetched.”

Not only has Estremadura been able to watch as fighters he’s competed alongside early in his career like Matt Dwyer and Jeremy Kennedy climbed through the ranks, claimed BFL titles, and went on to compete at the highest level in the sport, but he’s also been fortunate enough to train with the likes of Connelly and Smith, and gauge through them how he stacks up in comparison to some of the UFC athletes his teammates have spent time on the mats with while training at the Performance Institute in Las Vegas.

“When you’re out there, you’re by yourself, but it really is a team sport when you look behind the scenes and see what’s going on,” said Estremadura, who carries a 6-0 record into his fourth title defense on Friday. “Tristan and Cole are older than me, they’ve had a little more experience, and I think it was right for them to move forward and get there first, and for me, it just made me believe in the process and what the team is doing, moving forward together.

“(Training with them) has given me huge confidence and understanding in terms of where I fit on the world scale, especially with Tristan and Cole going up to compete in the UFC,” he added. “(They’re) training at the UFC PI, going with certain fighters, and coming back and telling me that these guys don’t have that much on me, and that gives me a lot of confidence.” 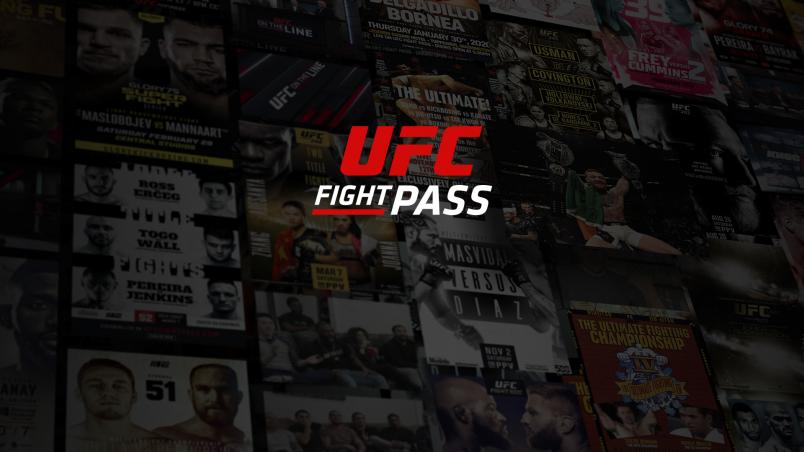 Though he was fortunate to get a fight in last February before the global coronavirus pandemic pressed pause on mixed martial arts events across the country, 2020 was an especially frustrating year for Estremadura because he missed out on the opportunity to compete on Season Four of Dana White’s Contender Series.

But now, he gets the chance to stay close to home and defend his title on UFC FIGHT PASS, and he recognizes the opportunity that comes with it.

“I was supposed to be on the Contender Series, but that fell through because of visa problems and COVID and everything. That was a pretty big blow, but (having Battlefield airing on UFC FIGHT PASS) is like another step in the right direction. It’s a chance to get some really good exposure, especially if I finish the fight in spectacular fashion.”

A pro since 2006, Demarce is a veteran of the Canadian regional circuit, having battled TUF alum Richie Whitson and UFC veteran Marcus Davis to split decisions under the MFC banner, and he shared the cage with former WEC competitor Bendy Casimir for Hard Knocks Fighting Championship in Calgary while amassing an 18-15 record overall.

It’s a step up in competition for the unbeaten BFL lightweight titleholder, but the kind of high risk, low reward opportunities that are all too frequent for clearly skilled upstarts like Estremadura as they look to gain the experience necessary to work their way to the next level.

“There’s no one in the area that can fight Achilles; there just isn’t,” said Connelly, who envisions Battlefield’s move to UFC FIGHT PASS helping to change that in the future as more athletes look to compete for the organization now that it’s landed on the UFC’s streaming platform. “The guy he’s fighting, Curtis Demarce, is probably the closest guy that makes any sense.”

“It’s been really tough trying to get the type of fights that would push me through to the next level,” admitted Estremadura, echoing a sentiment shared by many Canadian hopefuls over the years. “Sometimes you get stuck and the only guys that will take the fight are guys who just love fighting for the sake of fighting or journeyman guys that have a ton of experience and think that experience will give them an edge.

“I believe I’ve trained with guys who are more skillful than the last couple fights I’ve had,” he added. “I really think that I train with a really good group and this fight, I’m not sure if it’s going to push me through to the next level and where I want to be, but it’s a fight and I’m going to take what is offered to me.”

Between initially being invited to compete at the UFC APEX last summer before things went sideways and headlining Friday’s debut on UFC FIGHT PASS, this very well could be the opportunity Estremadura needs to earn that call to compete in the Octagon.

Even if it’s not, don’t expect the talented 29-year-old to rest on his laurels following this victory.

“One thing I did when I was younger is I think I didn’t look to fight immediately after I finished a fight,” admitted Estremadura. “This year, if that’s what’s needed to push the career forward, then I’m willing to do whatever it takes.

“I want to stay active. It would be great if I got signed right after this — I’d take maybe a week off to spend some time with the family — but after that, I would go straight back to the gym to stay ready and as sharp as I can.”

And after more than a year on the sidelines, waiting for the chance to feel the canvas under his feet once again, the Battlefield Fight League lightweight champion cannot wait for Friday to get here and to have his hand raised in the center of the cage again on Friday night.

“To go in there and win this fight with everything over the last year, it’s going to mean a lot to me.”