Abdul Razak Alhassan: “I’m just going to do me"

Abdul Razak Alhassan felt that he had lost a part of himself. After dropping his third straight fight, Alhassan’s brother sat down and had a talk with him. It was a talk that would flip a switch inside.

“After the losing streak, my brother talked to me and told me, ‘The Razak that I know, this isn’t you,’” Alhassan said. “‘Where is the Razak that wasn’t scared of anything? The Razak that goes to places where nobody wants to go. Where is he? Go back there, bring yourself back, show everybody who you are. It doesn’t matter who they are, take it. It doesn’t matter if it’s in a day. Anyone, just take it. Show them that you are Razak.’”

Four months later, Alhassan landed the fastest head kick knockout in UFC history against Alessio Di Chirico, just 17 seconds in the bout. Of course, the feeling of earning a win after losing is great, but there was never a doubt in his mind that he wouldn’t have that feeling again. 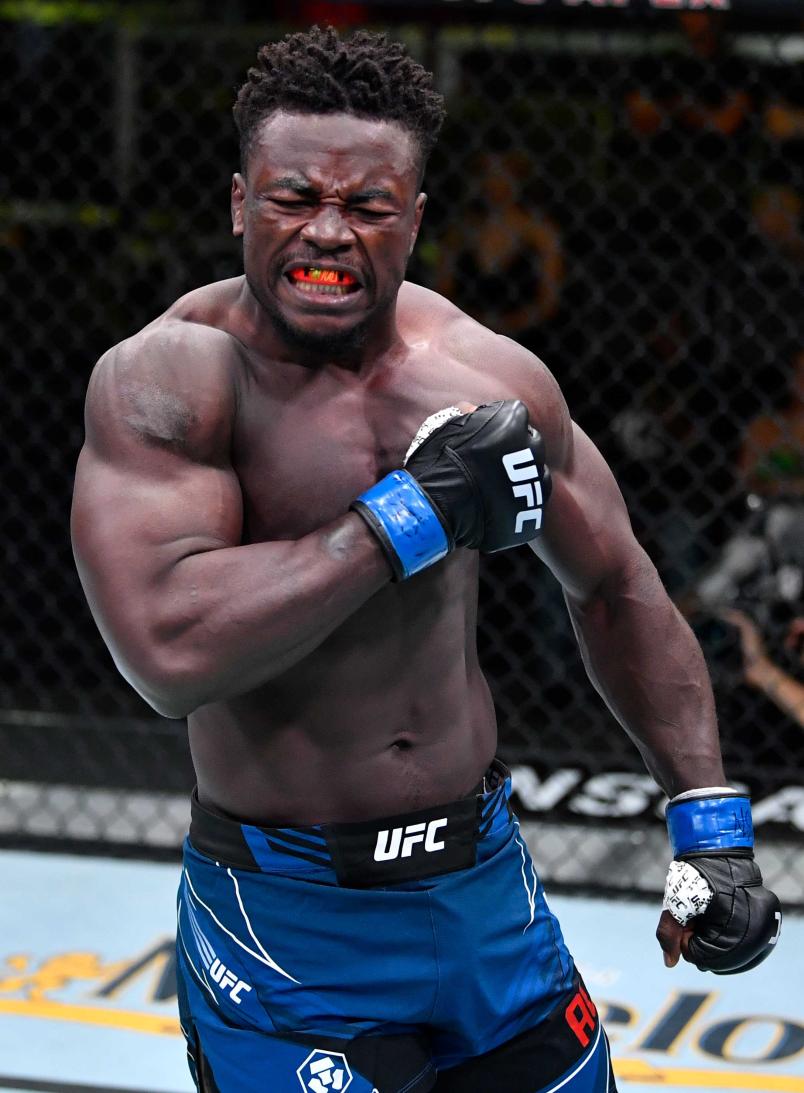 Abdul Razak Alhassan reacts after his knockout victory over Alessio Di Chirico of Italy in a middleweight fight during the UFC Fight Night event at UFC APEX on August 28, 2021 in Las Vegas, Nevada. (Photo by Chris Unger/Zuffa LLC)

“Going on a three-fight losing streak is not fun, no matter how much you look at it, but I didn’t give up on myself, and the people around me didn’t give up on me because they knew what I have to show, so it’s good to come back,” Alhassan said. “I’m going to keep doing that.”

It was the middleweight’s first fight with his new team, Team Elevation in Colorado. Prior to moving to Colorado, Alhassan spent his time at Fortis MMA in Texas. He feels right at home in his new state.

“It’s been amazing,” Alhassan said. “When you have good coaches and a good team that just pushes you and believe in you, and they know what you need to work on to be able to be the best version of you, it is amazing to have a team like that.”

This weekend at UFC Fight Night: Walker vs Hill, the 36-year-old matches up with Joaquin Buckley, a fighter who has had his share of emphatic wins, as well. Combined, the two have earned six Performance of the Night bonuses, not to mention that all Alhassan’s 11 victories have come by first-round stoppage, while Buckley has tallied 10 wins by knockout.

Alhassan is ready to shut down all the talk that Buckley has made leading up to the fight. 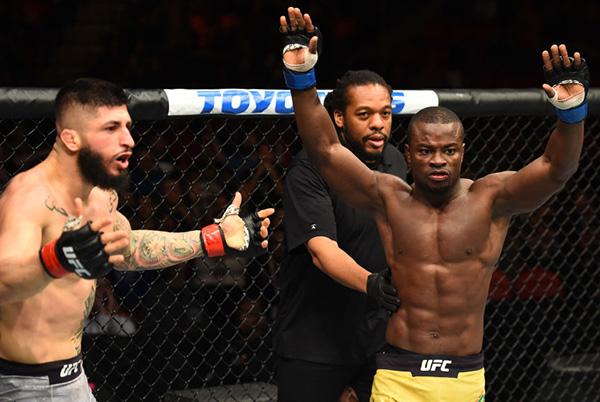 Both fighters aren’t afraid to throw punches and are extremely explosive. However, Alhassan believes that he is the one that is more well-rounded, and he is eager to showcase new tools that he hasn’t shown off in previous fights.

Having two fighters that are explosive is always fun to watch, but what is it like when you’re the one inside the Octagon? 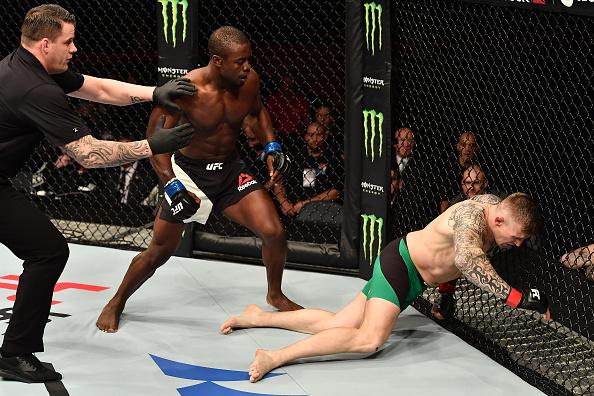 “It’s more fun for me,” Alhassan said. “I just like to stand in front of my opponent, let’s throw and see who goes down first, which could be bad, but it depends.”

The Ghana native is ready to get his hand raised on Saturday night and send a message to the rest of the middleweight division that he is coming for everybody, at any time, at any place.

And he is thriving on the doubt that people have about him.

“I’m just going to do me, and I know what I can do. I’ll just go out there and show them. I know they’re still looking down on me, but I don’t worry about that. I just prove them wrong.”