Ahead Of His UFC Fight Pass Debut At AKA 13, Houston's Colin Wright Had To Clear The Additional Hurdle Of Texas's Wintery Weather
By Walter Van Wey • Feb. 24, 2021

It would take a heck of a lot more than a short notice fight and a Texas-size blizzard to stop a Southern fighter, especially Colin Wright.

While wrapping up a training camp, Houston’s Wright sat on the sidelines as Texas was steamrolled by a snowstorm that, quite frankly, nobody in the Lone Star State was ready for.

Don't Miss Any Of The Action: Subscribe to UFC Fight Pass

“I usually like to push real hard during the week get a couple of hard workouts in and then the second half of the week is just game plans and stuff like that, but the gyms are all shut down,” Wright explained. 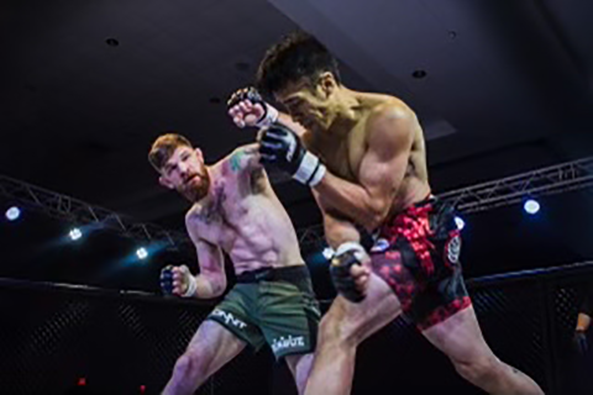 In his final push of camp, it wasn’t just his gym closing that was the problem. From boil orders and poor water pressure in the dead of winter, to the loss of cell reception and power throughout most of the state, Wright may not know when the gym was open if he could go.

The last week of Wright’s training camp has been whittled down to stretching and game planning.

“We don’t even have running water, so I couldn’t take a shower if I did work out,” Wright explained. “It hasn’t been easy, that’s for sure.”

Wright and his parents have made certain accommodations as a result of learning from previous notable storms that have slammed the area before. Even those were nullified by the devastation caused by the snowfall.

“Luckily, my parents are always prepared for this type of stuff,” Wright said. “We got flooded out for Harvey, so they always have stuff laying around. They had a bunch of charger ports already charged up and ready to go. Even then we’d have full batteries but still couldn’t get service, though.” 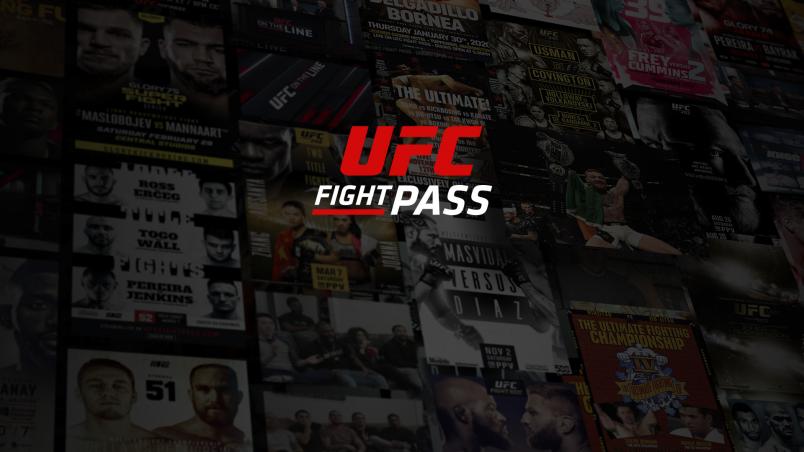 Despite the setbacks, Wright is as calm as ever about his main event bout on AKA’s premiere card on UFC FIGHT PASS. A veteran of the sport for over a decade, the 32-year-old has the wisdom and composure to not only put the work in under any circumstances, but to make weight and never cheat the fans, the promotion or his opponent.

In fact, Wright was already behind a few weeks this training camp. What’s one more?

“I got the call maybe three, four weeks ago, so I already knew I was going to have a short fight camp for a five-round fight,” Wright said. “The thing is, I always try to stay in shape. I’m a professional. This is my job so I’m trying to always be ready.”

Wright is merely informative when speaking about the storm that put a halt to his preparation. Nothing is said with excuses in mind. He’s not speaking to get out ahead of any potential outcomes. When explaining the situation he’s found himself in, he is also quick to add that his opponent, Cody Freeman, is in the same situation.

The relaxation behind Wright’s interrupted fight prep is simply the calm before the storm. Any reservations you may have about a card exclusively featuring southern fighters in a time like this, Wright sharply urges you to reconsider. 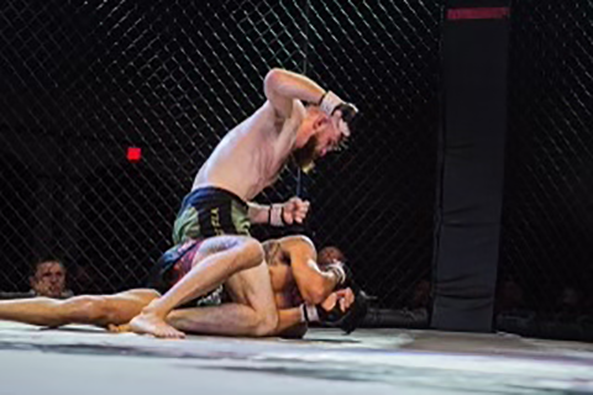 “First of all if you know anything about the South, we’re all fighters,” Wright said. “There’s no such thing as taking it easy in a fight. I know I always show up, if you’ve ever watched any of Cody’s fights you know that he always shows up. I’ve been putting on Fight of the Nights, Submission of the Nights and stuff like that since my amateur days. I never put on a boring fight. I don’t even think I know how.”