Bektic Is Back And Gunning For The Top

Mirsad Bektic Hasn't Fought In Over Year Due To Injury, And Now That He's Returning To Action, He Has Plans To Make A Run To The Top Of The Featherweight Division.
By E. Spencer Kyte • Jul. 10, 2019

The only thing that has kept Mirsad Bektic from being a fixture in the Top 10 in the featherweight division is a run of bad luck.

Heralded as one of the best prospects in the sport as he worked his way up the regional ranks, the now 28-year-old Bosnian-born fighter has largely lived up to his advanced billing, compiling a 13-1 record overall, including a 6-1 mark inside the Octagon.

After suffering the first loss of his career to Darren Elkins in March 2017, Bektic kicked off the first half of last year with a pair of impressive victories, stopping Godofredo Pepey with a massive right hand to the sternum in January before outworking veteran Ricardo Lamas at home in Chicago at UFC 225. Everything was falling into place and a proposed December matchup with Renato Moicano was just the type of fight Bektic needed to close out the year on a high and position himself in the Top 5 heading into 2019.

And that’s when the bad luck started to kick in.

“I was scheduled to fight Moicano in December, but I suffered a pretty bad laceration and my coaches and doctor agreed it would be best to step away, take some time and heal up before getting back in there,” said Bektic. “Once I started training again, I had a freak accident at the gym that ended up giving me a fracture that required surgery. 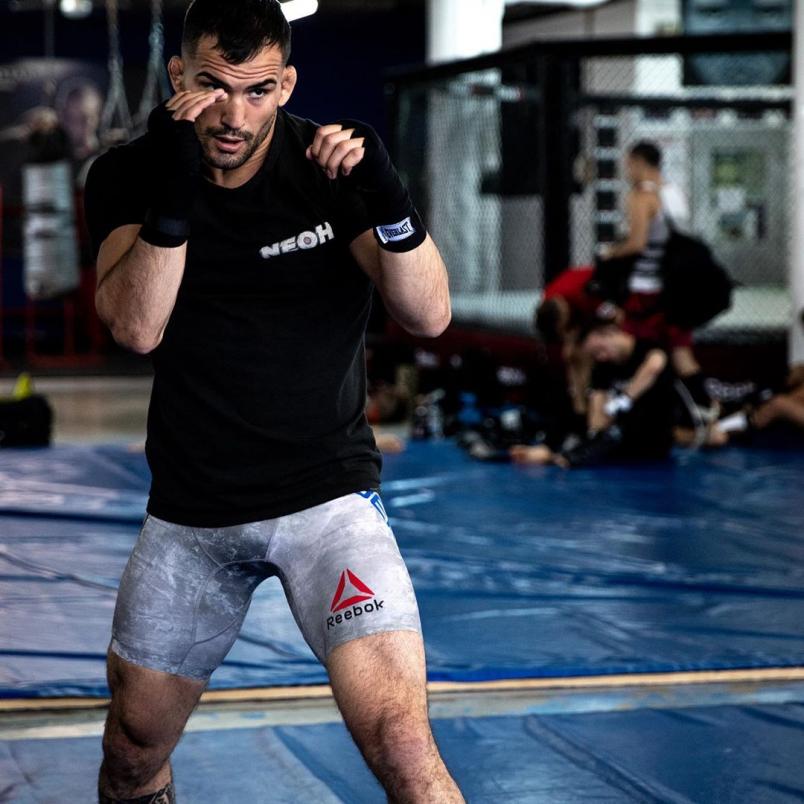 Frustrating doesn’t do the situation justice.

When fights fall apart or athletes are forced to withdraw from scheduled bouts, fans and media often lament the downgrade in fight card or disappointment they feel about a certain matchup they’re no longer going to see, but rarely is there a consideration of what it must feel like for the athletes involved.

While spectators were stoked about the potential of seeing Bektic step into the cage with the talented Brazilian in Toronto at UFC 231, the emerging featherweight saw it as the opportunity he’d been working towards for his entire career — a pairing with a Top 5 fighter, on a pay-per-view broadcast, one that just so happened to be headlined by a championship clash in his division.

But it slipped through his hands and then after shaking off the disappointment of that missed opportunity and psyching himself up for the year ahead, a totally random accident in the gym forces him to go under the knife, delaying his return to action and creating more time for others in the division to gain further momentum and overtake him in the rankings.

Frustrating may have been the first word Bektic used to describe the situation with Moicano, but it doesn’t quite fully sum up what the time away has been like for the gifted emerging talent.

“It’s very deflating,” said Bektic, who credits his friends, family and girlfriend for helping him deal with the challenges the last year has presented while he did his best to maintain a healthy state of mind. “It required a lot of meditation and self-belief and quite a lot of discipline to keep pushing myself.

“Starting off the year, I was very hopeful that it was going to be my year and that I was going to get the title this year, so once this incident happened, it was really frustrating, to say the least,” he added. “It threw me off and threw my plans way off.

“I was starting off the year in a positive way — your New Year’s Resolution and mindset that things are going to start off great and you make all these goals and this was definitely a big hurdle to overcome.”

Finally healthy and ready to return to action, Bektic makes his 2019 debut this weekend with another “road game,” venturing to Sacramento, California to square off with Team Alpha Male staple Josh Emmett on the main card of Saturday’s card at the Golden 1 Center. 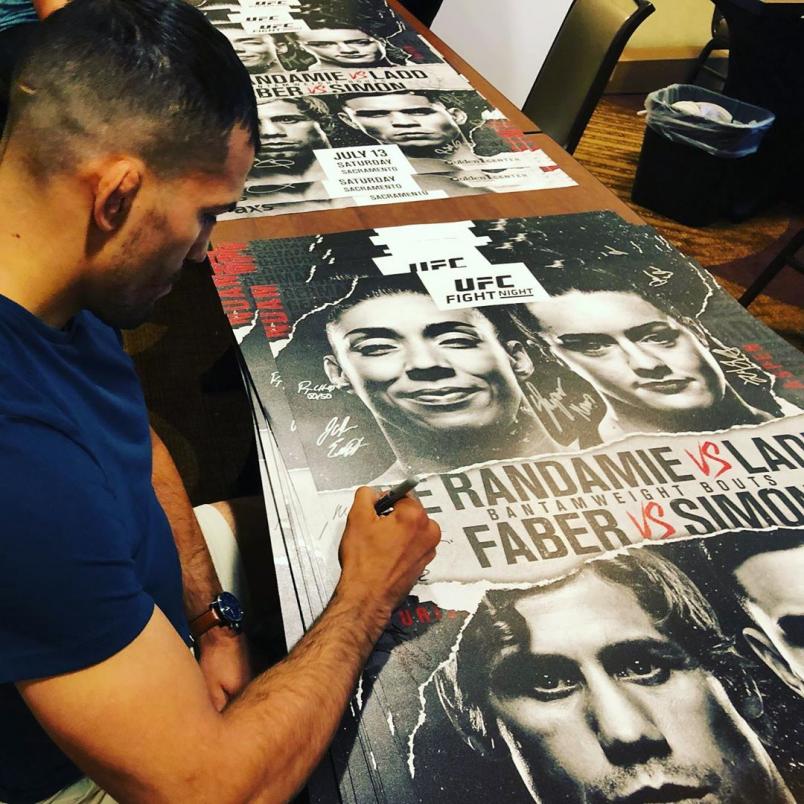 Although it’s not as high profile as the pairing with Moicano would have been, this showdown with Emmett is still a quality matchup that carries legitimate significance in the talent-rich 145-pound weight class.

After dealing with his own 13-month layoff, Emmett returned to action at the end of March and scored one of the best knockouts of the first half of the year, catching Michael Johnson with a right hand that sent him falling to the canvas like a freshly felled cedar.

“I had been looking at dates in July and I figured had I gotten this date in California, it was going to be Emmett, so it was no surprise at all,” he said when asked about getting the call to venture to Sacramento and face Emmett on his home turf. “Me and him have been neck-and-neck in terms of rankings, so I’m not surprised that we’re finally facing each other.

“I know what I’m in for and I’m prepared,” continued Bektic, who spent the last several training camps working at Montreal’s Tristar Gym under the watchful eye of Firas Zahabi. “Our styles are very similar, but I feel like I’m much better in all the areas.

“It’s not a fight I see going the distance because of our styles, the way we fight, the power that we have, but I feel like my speed is going to be the difference.”

It’s also a fight that Bektic knows carries the potential to get him right back into the conversation as the top young talent in the featherweight division.

Emmett climbed into the Top 5 in the divisional hierarchy in the past, reaching that point after his own win over Lamas, and he remains a Top 10 staple. Plus, he’s coming off a blistering finish over a highly respected veteran.

“I feel like I’ve been in those talks for quite some time now, so that’s just my aura that my name has carried since I’ve gotten signed; it’s really just been a matter of staying healthy,” he said of re-injecting himself into the conversation alongside the likes of Yair Rodriguez and Zabit Magomedsharipov as young stars with championship potential in the featherweight division.

“The position that I’ve put myself in, the big win over Lamas, the great year I had last year — it’s just about reminding myself that I am in a great position and I still have time,” he said. “Usually in this sport, these are the years where athletes seem to thrive, so I just have to constantly remind myself that I’m in a good position.

“It all comes down to mindset.”

And heading into Saturday’s road game against Emmett, Bektic’s mindset is pretty clear.

“I silenced a crowd before in Brazil,” he said, referencing his punishing knockout victory over Lucas Martins in Goiania, “and I plan to do it again in Sacramento.”