Van Buren More Than Ready To Make Her UFC Debut

Brianna Van Buren Believes That A Short Notice Call-Up Followed By An Outstanding Performance Is The Perfect Way To Burst On The Scene
By Zac Pacleb • Jul. 10, 2019

Fighting close to home isn’t necessarily as easy as people would assume.

Ticket requests come from every angle: family, friends, friends of friends, people you said, “Hi” to once in high school – you get the idea.

For Gilroy’s Brianna Van Buren, fighting just a few hours away in Sacramento (where she used to live) does mean fighting close to family, but those distractions aren’t going to overwhelm her as she inches closer to her UFC debut.

“I come from a fighting family,” Van Buren said. “They all understand once it’s time to fight, they’re not going to bother me. They’re going to make sure that I’m in the right state of mind. They’re going to come and show their support, and everything else will kind of present itself after the fight. They know that this is business, so I’m here to take care of business.”

It took a stroke of luck to open the door for Van Buren, who stepped in for the injured Cynthia Calvillo to face Livinha Souza. Now, she makes her way to MMA’s biggest stage just a couple months after winning the Invicta FC: Phoenix Rising tournament, an event in which Van Buren fought three different opponents in one night before being crowned the winner. Although the accomplishment was unique, Van Buren didn’t linger on it too long.

“It was an exciting night for me, but I knew in my head that this wasn’t it for me,” she said. “There was more out there for me. I didn’t want to get stuck with just kind of sitting there and being in the moment for too long. I celebrated that night, did what I had to do, and I was like, ‘Okay, let’s get back to training, back to work.’”

Getting back to work paid off because she was ready to start camp as soon as the UFC called, which happened while she was on a run with her aunt. After a quick talk with her coach, they knew it was time. 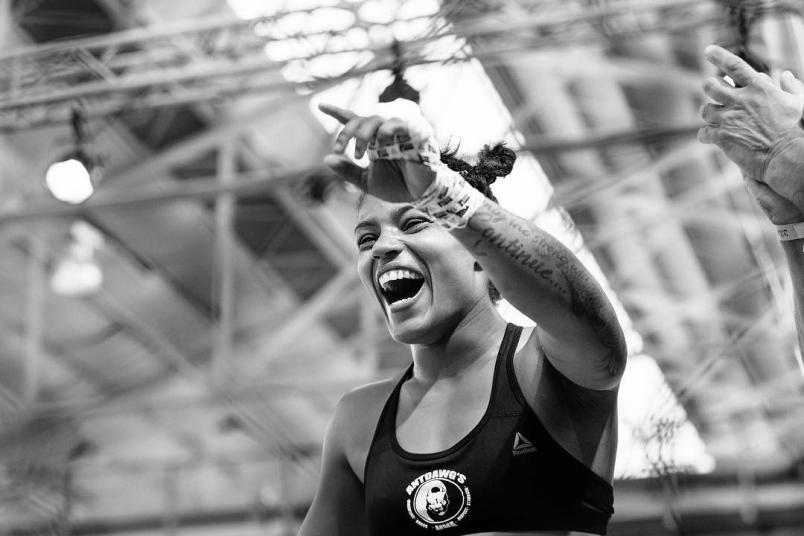 Catch Van Buren's UFC Debut this Saturday at UFC Sacramento, only on ESPN+

A self-described “pressure fighter,” Van Buren isn’t expecting too many jitters when she makes her first walk to the Octagon to face fellow former Invicta FC champion Souza.

“I keep that tunnel vision the whole entire time through, from walking out to the fight to everything else,” Van Buren said. “Seeing that it’s my UFC debut, I think it’s going to be the same exact thing. Maybe a little bit more cameras, but again, it’s all part of the game, and it’s all about keeping that tunnel vision all the way through.”

With her family in the crowd and just a short road trip away from home, Van Buren has every reason to feel comfortable and confident in her first foray into the UFC.