8 Ways Music is the Secret Striker of UFC

After Israel Adesanya’s epic walkout at UFC 243, the MMA fanbase began paying even more attention to the impact of pop culture and music on the fight game.

For years, we’ve tuned in to series like Countdown and Embedded for a behind the scenes look into fighters’ training camps. Each camp and each fighter may be different, but they all share one thing in common… they blast music to get hyped up, push harder, and keep their head in the game.

During fight week for UFC 246, Conor McGregor went so far as to have a live DJ at the UFC Performance Institute - spinning tracks for him while he worked out.

Fighters often show up at the arena on fight day with headphones on, like when Joanna Jedrzejczyk arrived at UFC 248. The excitement and energy could be felt, even without the ability to listen along. If only we could have been sharing headphones with her at that moment! 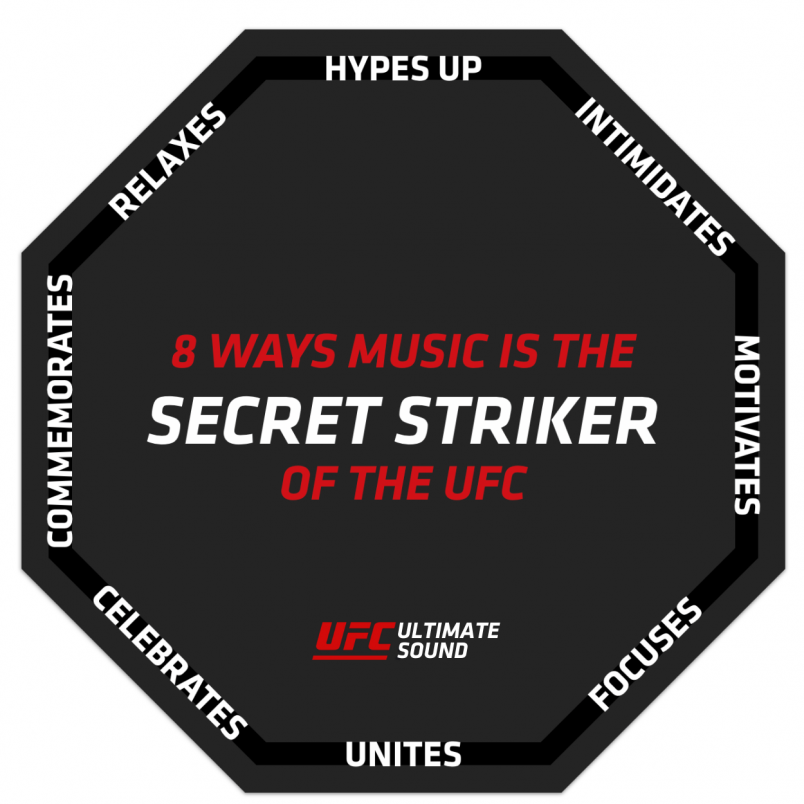 A mashup of Queen’s “We Are the Champions” and Jadakiss’ “The Champ is Here” has become synonymous with light heavyweight champion Jon Jones’ recent events. The dynamic track pays tribute to his champ status, while UFC Hall of Famer Urijah Faber is known for paying homage to his west coast roots with 2Pac and Dr. Dre’s “California Love.”

How about when Darren Till made his walk towards the Octagon at FN Liverpool in 2018? If you weren’t watching it live, you surely heard about it afterwards. He had the entire arena - over 8,500 people - on their feet, singing “Sweet Caroline” by Neil Diamond at the top of their lungs. A classic sing-along tune, Till wanted to create a party atmosphere in the arena for fans to celebrate the UFC’s first visit to Liverpool. 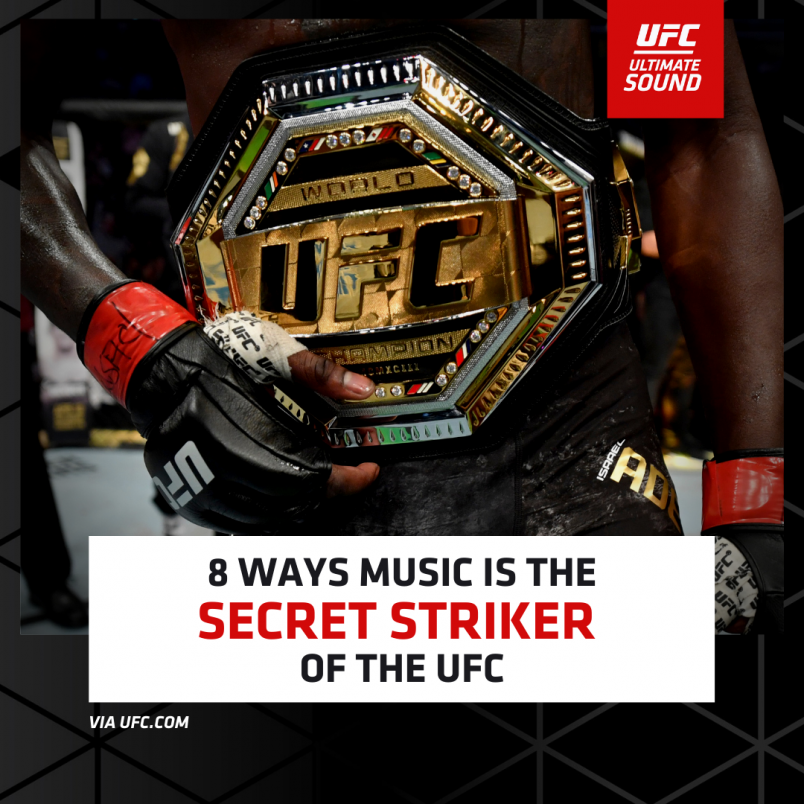 Music ignites a spark, an energy, and is often used as powerful ammunition in the fight game… one that you may not even think about.

Whether it’s to hype yourself up, intimidate your opponent, drown out the noise, unite the crowd, or celebrate a win, here are the top 8 ways music is the fight game’s secret striker and when it’s most commonly used.

Follow UFC Ultimate Sound on social to dive deeper into the soundtrack of UFC.