“You definitely gotta be ready to step out and perform at your highest
level when you get out there because you’re amongst the elite athletes
in the sport.” - Rich Attonito 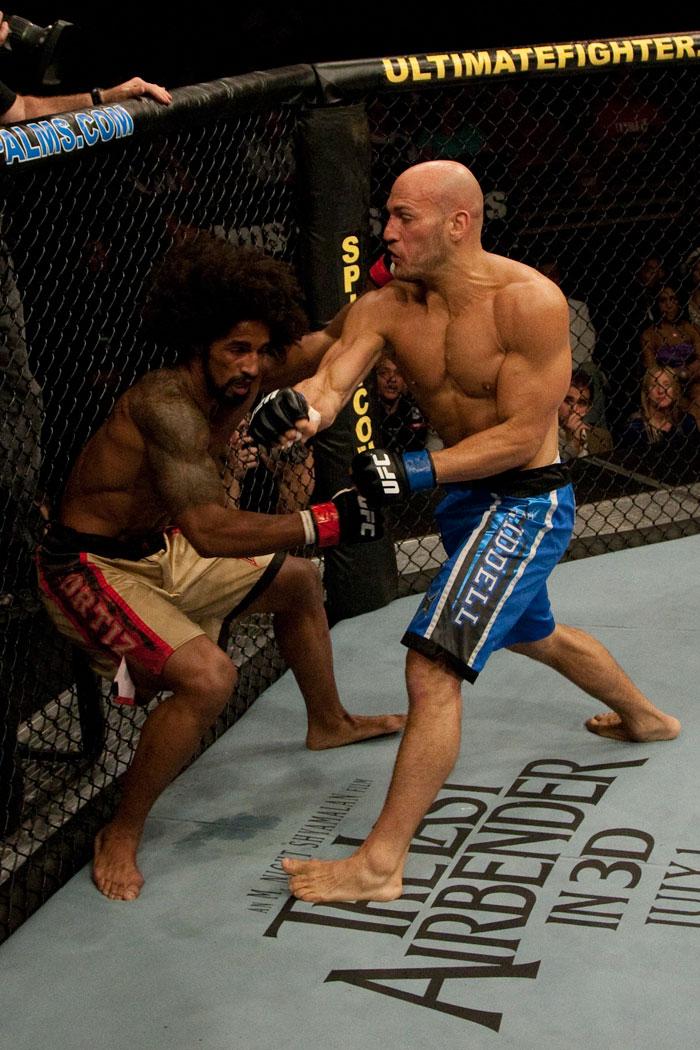 The two years before Rich Attonito turned to mixed martial arts were good years in a culinary sense, 24 months filled with, as he puts it, “eating a lot of pasta and lifting a lot of weights. I was probably 220 pounds and I looked like I could run through a wall.”

So why not put all that bulk to the test? He had been a competitor practically all his life, wrestling throughout high school and at Hofstra University, and now he was ready for a new challenge. So he went to the gym, began training in boxing and jiu-jitsu, and six months later he was stopping Mike Mitchell in less than two and a half minutes.

He had found a new athletic home. More than seven years later, Attonito has survived reality TV, made it into the UFC, and on Sunday in Pittsburgh, he will step into the Octagon for the first time as a welterweight.

That’s a lot of water, 13 pro fights, and 50 pounds under the bridge, but the way he sees it, to be at his best and to compete against the elite, he needed to find his optimum weight, and he believes 170 is it.

“It was on the table and being discussed for quite a while, a couple years actually,” said Attonito of the drop from middleweight to welterweight. He had gone just 3-2 at 205 pounds from 2004-05, then met his greatest success at 185 pounds, but after going 2-0 in his first two UFC bouts, he dropped a three round decision to Dave Branch in December of last year and decided that it was time to move.

“When I was fighting at middleweight, everything was good, so there was no reason to drop at that point,” he said. “I thought that maybe when I got into the big show and that pay was a lot more, obviously then it would be worth more of my time and commitment to deal with the drop. Even after the fight with (Jamie) Yager and the fight with Rafael Natal, me and my coaches sat down and talked about it, but we decided to keep going forward at middleweight. But then, I came upon my first loss in the UFC against Dave and after that fight, it was the appropriate time to try to make the move, having incurred a setback. And also in that fight as well, I did kinda feel a little undersized, so it definitely encouraged me to make the move down.”

Now came the fun part, altering the entire lifestyle you had been accustomed to for years to fit into a 170-pound body. But Attonito, a former personal trainer, used his knowledge from that field, the years of discipline picked up from wrestling, and a three month headstart to make the move to welterweight as painless as possible.

“For me it was wrestling in high school and college that helped because you have to make weight all during the season,” he said. “You have to have that prolonged discipline in your diet and making weight a couple times a week for matches, and that experience in the past really makes it not that horrible. It’s just a matter of setting your mind to it and knowing why you’re doing it. I want to be at my best and to be at the elite level in the UFC, I need to be my best. I always ate very healthy; there were just certain liberties I had to cut out. It’s few and far between when it comes to eating big pasta dinners and having a few desserts here and there.”

It doesn’t hurt being 34 years old and having a more “big picture” look as well.

“I think with maturity and age comes wisdom, so that helps,” he agrees. “I also need to look at things realistically and you need to be honest with yourself. I could fool myself and say, I’ll never make 170, but that’s because I don’t want to give up the liberties I have when I fight at ’85 from a lifestyle perspective. But what kind of reason is that? If you’re doing something to be the best you can be at it, you need to be a hundred percent. For me, it was a clear cut decision, it was the time to do it, and I feel like I have the wisdom and the knowledge, thankfully through my fitness background and my education in the nutritional field, that I can put myself on the right diet to lose the weight.”

As for his headstart, Attonito walked and trained at the middleweight limit to get his body acclimated to the new weight, and after a rough first few weeks, it was smooth sailing, and he can feel the difference as he prepares for his Sunday bout against Daniel Roberts in Pittsburgh.

“I think my transitions have gotten a lot smoother and faster,” he said. “My energy level and endurance has improved dramatically just from being 20 pounds lighter. Before I would walk around at like 205 and train at 205, and I was still in good shape, but through dieting and everything, I’ve leaned out, and now everything on me is complete quality, and it’s immediately improved my endurance and my athleticism, I’m faster, and I can bring everything together more effectively.”

It’s a new day for Attonito and a lot of his peers who have decided that bigger is not necessarily better. So the years of giving up 10-20 pounds to opponents on fight night are over. Now it’s a level playing field, and the way “The Raging Bull” sees it, time to show what he can really do in the Octagon.

“You definitely gotta be ready to step out and perform at your highest level when you get out there because you’re amongst the elite athletes in the sport,” he said. “Being in the UFC, you’ve got to step your game up, and you’re going to be under a lot of critical eyes that are watching you, and it’s time to go have fun, but it’s also time to take care of business and do what it is that you train to do all the time. It’s time to put up or shut up, and anything can happen on any given night, so if you don’t perform well, there could be consequences with it, and if you do perform well, there can be a lot of benefits.”

And winning solves everything.