5 Things NEVER to Do in the Gym

UFC 360 solicited major weight room pet peeves from UFC GYM coaches. Inefficiency, it seems, is the most aggravating thing for a coach. 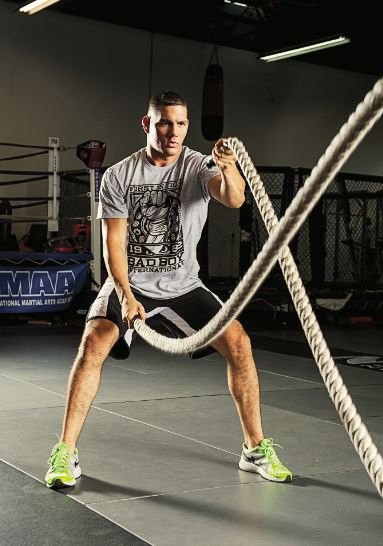 1. Getting Sloppy
"Using poor form on bicep curls is one of my biggest pet peeves, especially when guys swing their elbows up toward their shoulders. It's not an anterior delt raise. Keep your form strict." --Tyler Villwock, UFC Gym Coach, Rosemead, California

2. Acting Crazy
"To paraphrase Albert Einstein, doing the same thing over and over and expecting different results is the definition of insanity. If you're doing the same routine you have always done and you aren't getting the results you want, then, duh... it's not working." --Jacob Poss, UFC Gym Coach, Torrance, California

3. Pushing Too Hard
"Overtraining. It's no good for anyone, whether you're an athlete or the Average Joe. Some warning signs and symptoms are fatigue, sickness, and a decreased intensity level in the gym." --Leslie Kaleiwahea, UFC Gym Coach, Kakaako, Hawaii 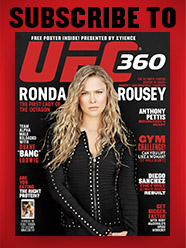 4. Not Pushing Hard Enough
"There is no sitting. Heaven help us if you are sitting and on your cell phone. You have a lot to get done in ashort amount of time. Do a set, get your lazy butt up, and walk a lap, jump rope, or go crazy and do a superset!" --Andrea Ausmus, UFC Gym Coach, Torrance, California

5. Clanging Around
"Don't throw your weights. If you're strong enough to lift the weight and do a set, you should be strong enough to control it when you finish the set and rack a pair of dumbbells or set a barbell on the floor. Not to mention, the negative part of the rep is just as important as the positive."  --Andy Hennebelle, UFC Gym Coach, Corona, California

READY TO DO IT RIGHT? NOW FIND A UFC GYM: Shake up your training program: Head to ufcgym.com for a free guest pass to one of our UFC GYM locations near you.

A version of this article originally appeared in UFC 360. Click here to subscribe to UFC 360, the official magazine of  the Ultimate Fighting Championship, available now in print and
digital editions.