5 Reasons Why UFC 184 Is Unmissable 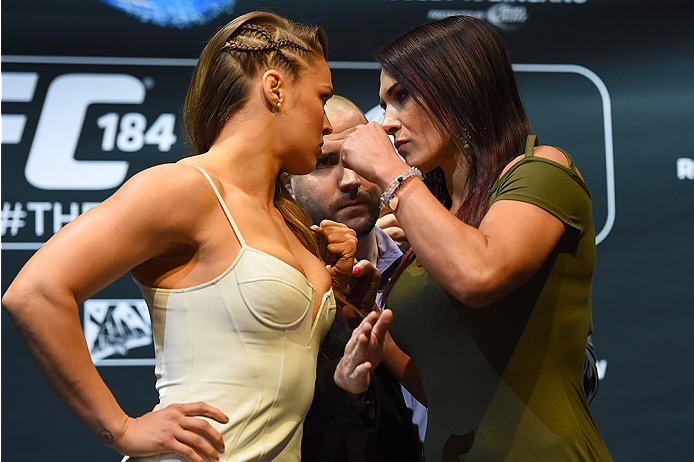 It's been a while since we've raved about sporting heroine Ronda Rousey and her incredible rise in the mixed martial arts community, but that's not to say the female bantamweight champion of the Ultimate Fighting Championship hasn't been busy. After her last fight against Alexis Davis in July 2014 (which, by the way, Rousey dominated and finished within 16 seconds), the Olympian has undergone a successful knee surgery, rehabbed it and prepared for the biggest fight of her life and we can't wait to see how it unfolds.
Tomorrow night, Ronda Rousey will take on Cat Zingano in a bout that's seriously long-awaited. There are tons of reasons why you should tune in to the airing on BT Sport, but here are just five:
Click Here To Continue Article.