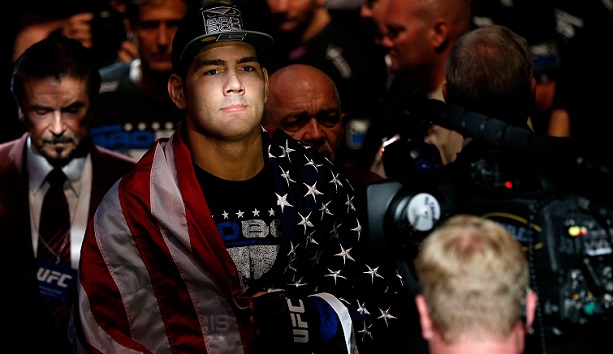 Birth of a Superstar

Chris Weidman certainly made a name for himself when he unseated the middleweight king Anderson Silva at UFC 162. Maybe even more impressive, Weidman knocked off "The Spider" for a second time at UFC 168, furthering his ascension in the ranks of the pound-4-pound greats.

Saturday night Weidman has a chance to take the next step in his climb up the MMA elite ladder when he meets Lyoto Machida for his UFC Middleweight championship. The former UFC Light Heavyweight champion, Machida may be the toughest test yet for the undefeated Weidman, as "The Dragon" fights for his second time at 185, where he's posted a perfect 2-0 record.

Fans are almost split on the fight on UFC.com's fantasy game, but Weidman is holding the slight edge with 54% of fans voting him to be victorious to 46% for Machida. Of those polled, however, 60% who voted Machida have "The Dragon" winning by KO, which would raise his total to 13 inside the Octagon, tying Melvin Guillard for third most in UFC history.

Experts throughout the MMA community have expressed serious intrigue over this match up, and Saturday night's main event is sure to be one of the most interesting title fights of 2014.\-----

Lyoto Machida can become only the third person in UFC history to win titles in two seperates weight classes if he can knock off Weidman.

Machida's style has given most of his opponents fits, and with his striking accuracy and efficiency, combined with his takedown defense, he poses the ultimate test for Weidman. Machida has the third highest takedown defense percentage in light heavyweight history at 81.8% against bigger guys, but Weidman is an elite wrestler who was able to take down Silva in both fights.

Not only are two titles on the line Saturday night, but this card is full of potential Fight of the Night candidates.

Urijah Faber is one of the most exciting bantamweights in the UFC, and he isn't even on the main card. "The California Kid" is headlining the Fox Sports 1 prelims for all fans to see for free before the fireworks start on pay per view. He is facing Alex Caceres, who is ranked No. 11 in the bantamweight rankings. "Bruce Leeroy" can make a huge splash at UFC 175 with a monster upset over Faber, and it would be a monster considering Caceres is +575 underdog.

Former Ultimate Fighter finalist Uriah Hall, responsible for one of the most memorable and brutal leg kick KO's in UFC history, faces Thiago Santos. Santos is coming off an impressive performance against Ronny Markes, where he got the TKO finish in under one minute of the very first round. Both fighters will certainly to looking to impress under the bright lights and with the MMA world watching.

The Next TJ Dillashaw? 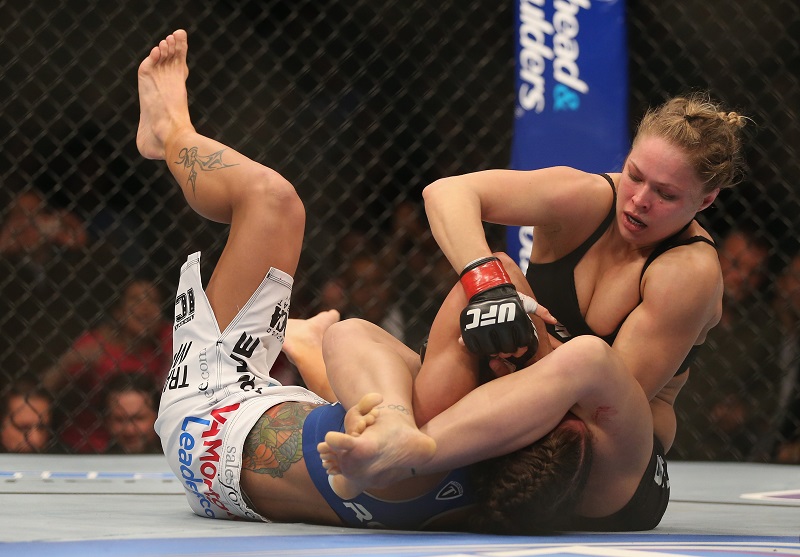 Not many are giving Canadian Alexis Davis any chance of upsetting the queen of the women's bantamweight division Saturday night, but as we learned at UFC 173: nobody is unbeatable.

But Ronda Rousey is close.

In her UFC career, Rousey has finished every one of her nine opponents she's faced in her MMA career. It's no secret that her arm bar is deadly and she's pulled it off in eight of her finishes. Her judo background makes her so dangerous in the clinch and on the fence, and her stand up improves every time she steps inside the Octagon.

Davis can bang, though. She lands 4.97 significant strikes per minutes and she's out-landed each of her last five opponents. She also likes to fight in the clinch, but given Rousey's strengths it will be interesting to see where each lady chooses to take the fight.

Heart of a Champion

Stefan Struve makes his return to the Octagon Saturday night after over a year out of action.

"The Skyscraper" was diagnosed with a congenital heart condition classified as a bicuspid aortic valve, which causes blood to leak back into the heart. The condition went undetected until Struve started to notice serious fatigue in training camps and a less than normal physical condition on fight nights.

But doctors have cleared the UFC veteran, who has won four of his last five fights. He's looking to make another run toward contention in the heavyweight division, and that trek starts with Matt Mitrione at UFC 175.