A look back at the five best staredowns of the year.... so far. Watch the sixth Thursday, December 28th at 7 pm ET/4 pm PT live on UFC.com

5. Michael Bisping vs. Jorge Rivera, UFC 127
Bisping is a testy guy to begin with. Factor in a series of videos made by Rivera poking fun at ol' Count "Pillowhands", and you can see why Dana intervened even before Bisping made his way to the side of the stage. watch the staredown

4. Pat Barry vs. Stefan Struve, UFC on Versus 6
Matchmaker Joe Silva may have thought he was being hilarious by pairing the heavyweight division's shortest athlete (the 5'11" Barry) against its tallest (the 6'11" Struve). But class clown Pat Barry got the last laugh at the mismatched face-off. watch the staredown 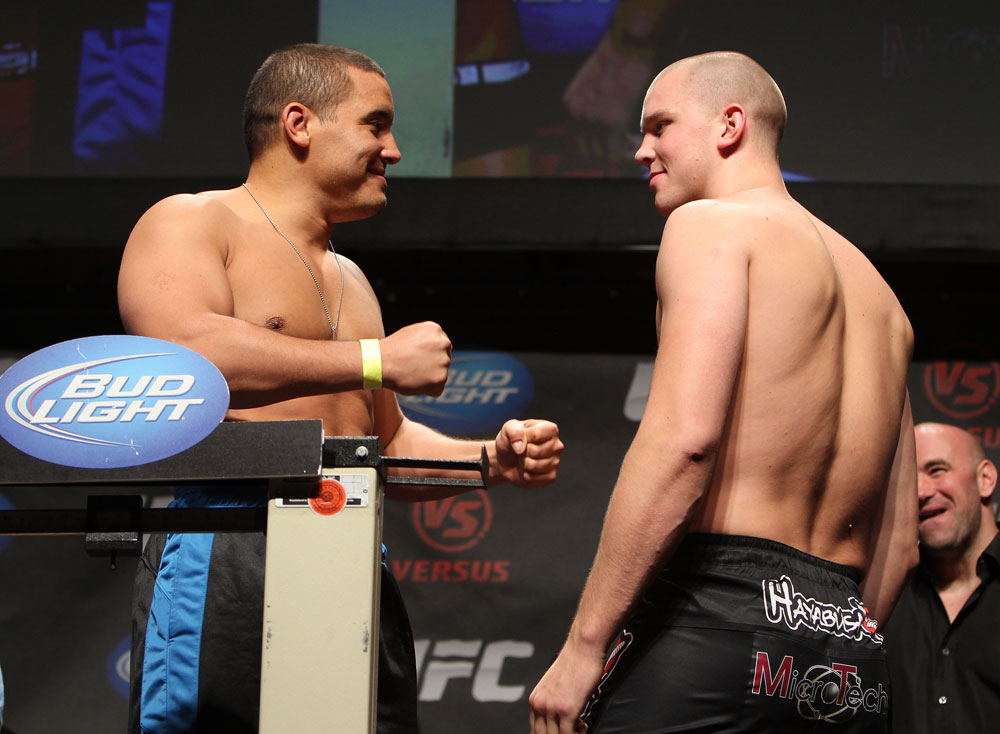 3. Jon Jones vs. Rampage Jackson, UFC 135
During staredowns, the now-light heavyweight champion gazes off into the distance, never making eye contact. Call it a mind game, an affect, a Fedoristic approach... it's his. By mocking this move at a pre-fight press conference, Rampage accomplished what no other opponent has - he got Jones to stare right at him on-stage at weigh-ins. watch the staredown

2. BJ Penn vs. Nick Diaz, UFC 137
After a series of fight card change-ups the eventual main event was supposed to show us the softer side of Stockton sniper Nick Diaz. After all, Penn had been an idol of his growing up, and they both trained under different branches of the Gracie tree. That said, have you met Nick Diaz? watch the staredown 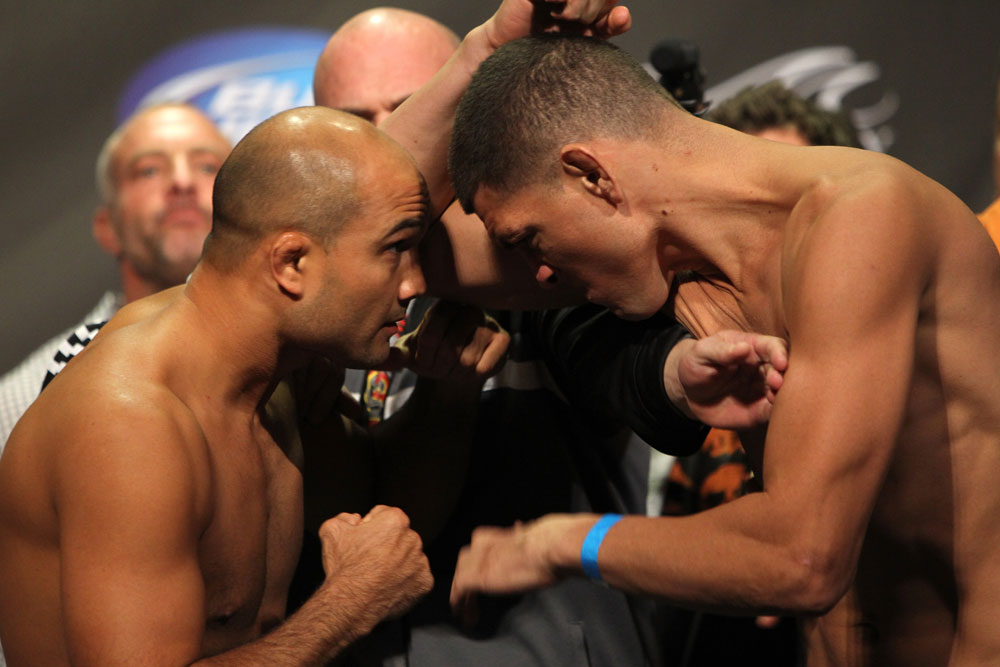 1. Anderson Silva vs. Vitor Belfort, UFC 126
Take a title fight that's been postponed for over a year, throw in a perceived insult, a showboating champ and a creepy mask, and you've got the staredown that's scored over a million views on YouTube. How could The Spider ever top this latest "Did you see that?!" moment? With a first-round front-kick KO the following night, of course. watch the staredown 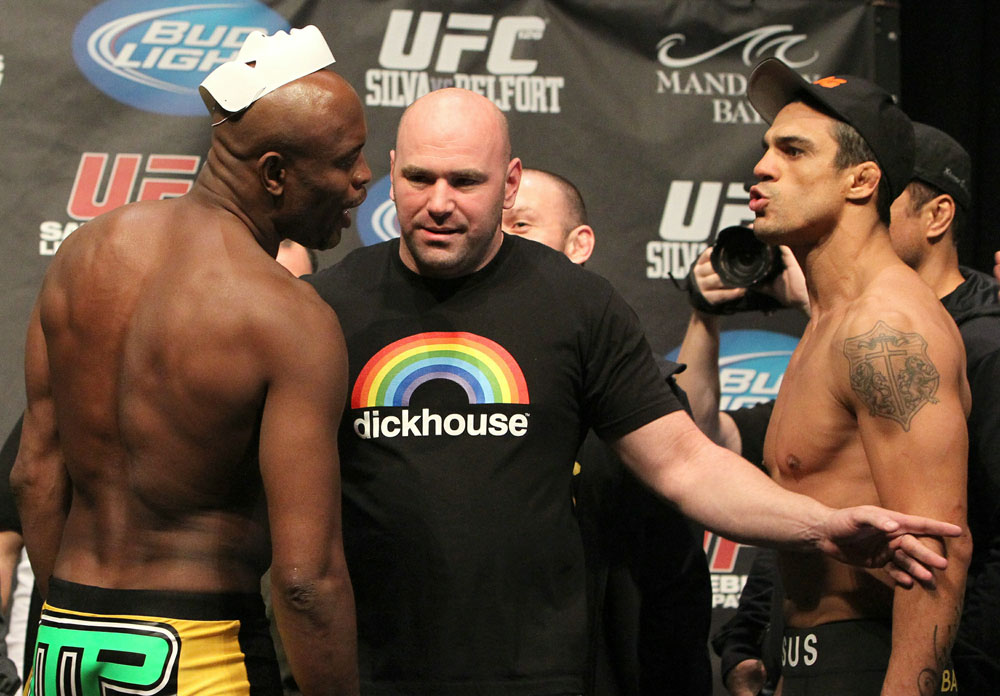 Bonus: Nate Diaz vs. Donald Cerrone, UFC 141
Diaz has perfected the art of the on-stage towl - towering over an opponent while scowling. Witness his ferocious approach to Takanori Gomi and "The Carpenter" Clay Guida, the huffing and puffing at Gray Maynard, the goading of the perfectly inoffensive Dong Hyun Kim.

Cerrone is no slouch on the scale either, though he takes a cooler, more sociopathic approach, unsettling his opponents with a smile that stays put even while he's trash-talking. But when he flat-out hates his opponent, well, watch his second staredown with Jamie Varner for yourself.

Even their press conference staredown was over-the-top wild. I'm not a betting man (I'm not even a man), but given the brewing bad blood between these two, this could well top the list by sundown on Thursday.