At 39, Arlovski still has fire in his eyes 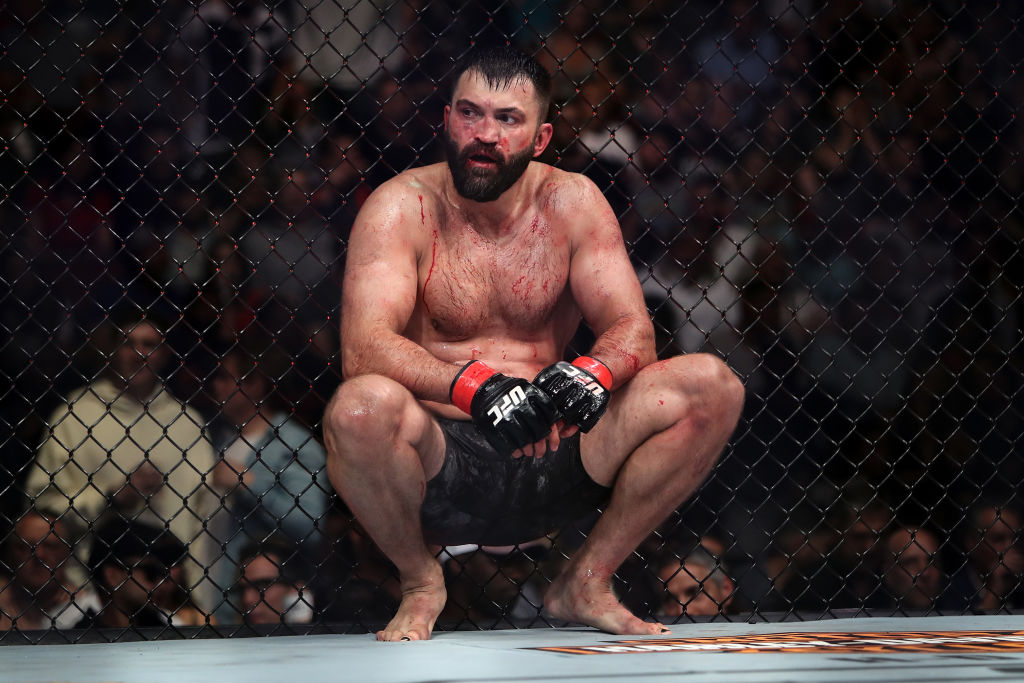 Andrei Arlovski already reached the top of the mountain in the UFC, having won the world heavyweight title in 2005. That doesn’t mean he has abandoned the quest for another belt, not at 39, more than 13 years removed from the night when he submitted Tim Sylvia in 47 seconds at UFC 51.

“Since I came back to the UFC in 2014, I wanted to make a run for the title,” Arlovski said. “At the end of 2016 into 2017, I had a couple losses and I knew there were other heavyweights in line. But now I’m very excited. I still have a lot of energy and still have fire in my eyes and I’m ready to go.”

There’s a good reason for that excitement. 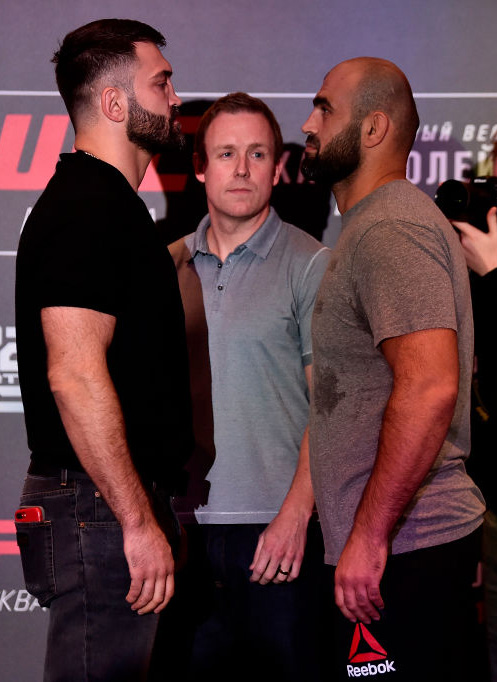 After five straight defeats (albeit to the likes of Stipe Miocic, Alistair Overeem, Josh Barnett and Francis Ngannou), many wrote off “The Pit Bull,” saying his time at the top had passed. Those were words he heard before, most notably from 2009 to 2011, when a four-fight losing streak outside the UFC saw him being dismissed by all but the most hardcore of his followers.

Back then, a 6-1, 1 NC run brought him back to the UFC, where he won the first four bouts of his second stint in the promotion. This time, the 0-5 run in 2016-17 turned into back-to-back victories over Junior Albini and Stefan Struve before a razor-thin decision loss to Tai Tuivasa in June. More than a few observers believed Arlovski did enough to beat Tuivasa, including the Belarus native, who appreciates those saying he’s won three in a row everywhere but on the official record, but knows it’s still two in a row plus a defeat. And he’s fine with that.

“Let’s be correct,” he said. “Two in a row. I thought I won that fight too, but that’s okay. I took a lesson from the last fight against Tuivasa, but the reality is that I lost the fight. So I’m happy that the UFC gave me this opportunity to be on this card.”

“This card” is the debut of the UFC in Russia, where Arlovski will face Shamil Abdurakhimov this Saturday. Arlovski is excited about the opportunity, but in reality, he’s excited about any fight these days.

“I’m a happy guy because my wife lets me do what I love to do,” he laughs. “At the age of almost 40, I still love fighting and training hard. Of course, I’m having fun.”

Not to over analyze matters, but Arlovski does seem to be more at ease these days. Maybe the pressure of being the baddest man on the planet for so many years is off, maybe it’s his training camp with American Top Team, or maybe he’s proven that just when people are getting ready to push him into retirement, he rises from the dead again.

So, what is it that keeps bringing him back to the top?

“My first Brazilian Jiu-Jitsu coach, Dino Costeas from Chicago, he told me, ‘discipline is remembering what you want,’” Arlovski said. “Trust me, especially in camp, when I wake up every morning, sometimes 4:30, sometimes 6:30, every day I remember what I want, why I’m in the UFC and why I started this. I want to be champion. I saw some t-shirt, it said, ‘Fighting is in my DNA.’ I guess it’s in my DNA. (Laughs) I love what I’m doing. It’s my passion, it’s my life.”

As such, he’s not ready to start looking back at a resume any fighter would love to have.

“No, I don’t live in the past,” he said. “All my goals to be a champion are in front of me, so I have to reach that. Almost at age 40, I train more than when I was 25. I’m still one of first people who come to the gym before breakfast and the last one closing the gym. So I definitely have a goal in front of me to become champion. There are other heavyweights in line, but I’m ready to go. And I’ll do whatever’s possible to reach my goal.”