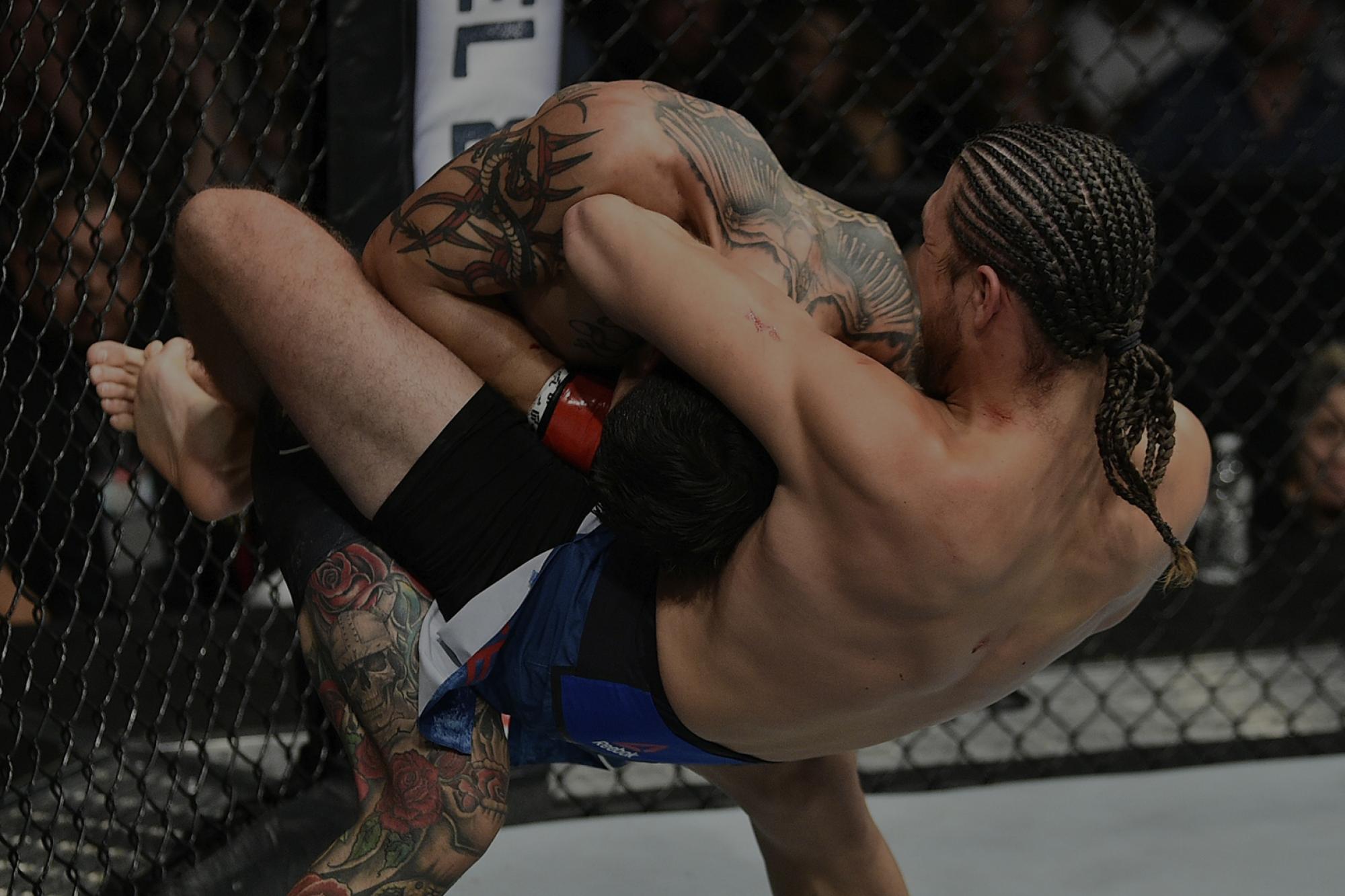 The UFC’s 25th anniversary rolls on with our countdown of the best submissions ever.
By Thomas Gerbasi • Nov. 22, 2018

The UFC’s 25th anniversary is on, and what better way to continue this celebration than by looking back at some of the most memorable submissions ever seen in the Octagon? Today, it’s 10 through six, on the way to number one…

Despite some knockouts mixed in over the tail-end of her career, Ronda Rousey was still the submission queen of women’s MMA, and she struck again when she faced Cat Zingano in Los Angeles. And the scary thing about Rousey’s 14-second finish of the number one contender was that the transition she used to get the armbar that ended the bout was something she had never even used before. In other words, the former women’s bantamweight boss is so good that she can make things happen on the fly in the midst of chaos. That’s fighting genius right there.

Brian Ortega’s guillotine choke submission of Cub Swanson proved just how uncomfortable it can be to be caught by a top-level fighter and feel like there is no escape but to tap out or go to sleep. Once Ortega locked in his choke of “Killer Cub,” Swanson knew he was in deep trouble, and to see a seasoned vet like him in such a situation was a bit of a shocker, but Ortega can do that to anyone at 145 pounds.

With several notable finishes, 2016 may be seen as the “Year of the Rear Naked Choke” and for a good example, look no further than Miesha Tate's submission victory over Holly Holm, when Tate salvaged what was going to be a lopsided points loss to Holm with a RNC finish that earned her the UFC women’s bantamweight title.

A lot of fighters are great being the hammer; not so many can come back after being the nail. But after a rough first round, Nate Diaz proved that he can talk tough and walk tough as he roared back and caught Kurt Pellegrino in a fight-ending triangle choke in the second while thrusting his fists in the air in triumph.

There is a small school of believers that think a knockout is more devastating than a submission. Frank Mir did not go to that school. In December 2011, he proved it again, becoming the first man to submit former PRIDE / UFC champ “Minotauro” Nogueira. To do that while one hundred percent is impressive; to do it after getting buzzed and almost finished by one of the greatest heavyweights of all-time takes it to another level.