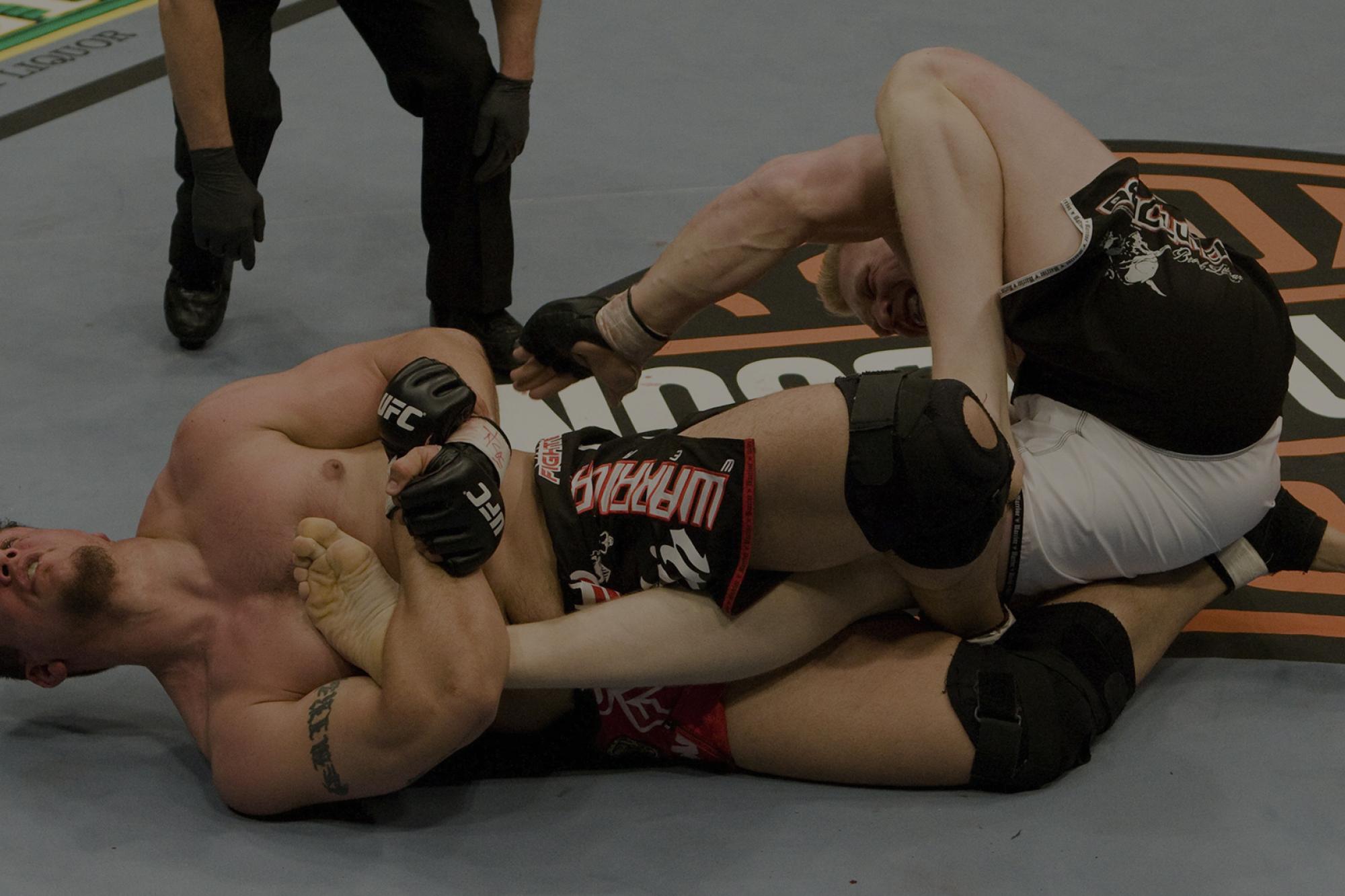 The UFC’s 25th anniversary is on, and what better way to continue this celebration than by looking back at some of the most memorable submissions ever seen in the Octagon? Today, it’s 15 through 11, on the way to number one…

For a little over a minute, UFC newcomer Brock Lesnar was well on his way to one of the most impressive debuts of all-time. Yet against a crafty vet like Frank Mir, all it takes is one slip-up, and that’s just what happened to the overaggressive Lesnar, as he got caught in a kneebar that resurrected Mir’s career in emphatic fashion.

After winning two of the first three UFC tournaments, Royce Gracie was the undisputed king of MMA. But after two big wins at UFC 4, Dan Severn was a serious threat to the crown, and he looked to be putting the finishing touches on his coup d’etat before Gracie pulled off a triangle choke that turned the tables after nearly 16 minutes of combat.

When Brett Johns pulled off the second calf slicer in UFC history when he submitted Joe Soto, it was a reminder that people tap out to moves like this because, frankly, they hurt. And fighters and jiu-jitsu players will tell you that calf slicers are among the most painful subs, so it was no surprise that once Johns locked it up, the veteran Soto had no choice but to tap out 30 seconds into the fight.

12 – Matt Hughes vs Georges St-Pierre I

Nine months after losing his welterweight title to BJ Penn, Matt Hughes got the opportunity to wear gold around his waist once again when he took on Canadian phenom Georges St-Pierre for the vacant belt. And though GSP soon became the future of the division, on this night, Hughes was the present as he sunk in an armbar that made St-Pierre tap with just one second left in the first round.

Riding a 13-fight winning streak that included six victories in UFC title fights, welterweight champion Matt Hughes was understandably being referred to as invincible. But former lightweight BJ Penn wasn’t called “The Prodigy” for nothing, and the confident Hawaiian shocked the world with a rear naked choke submission of Hughes at UFC 46.