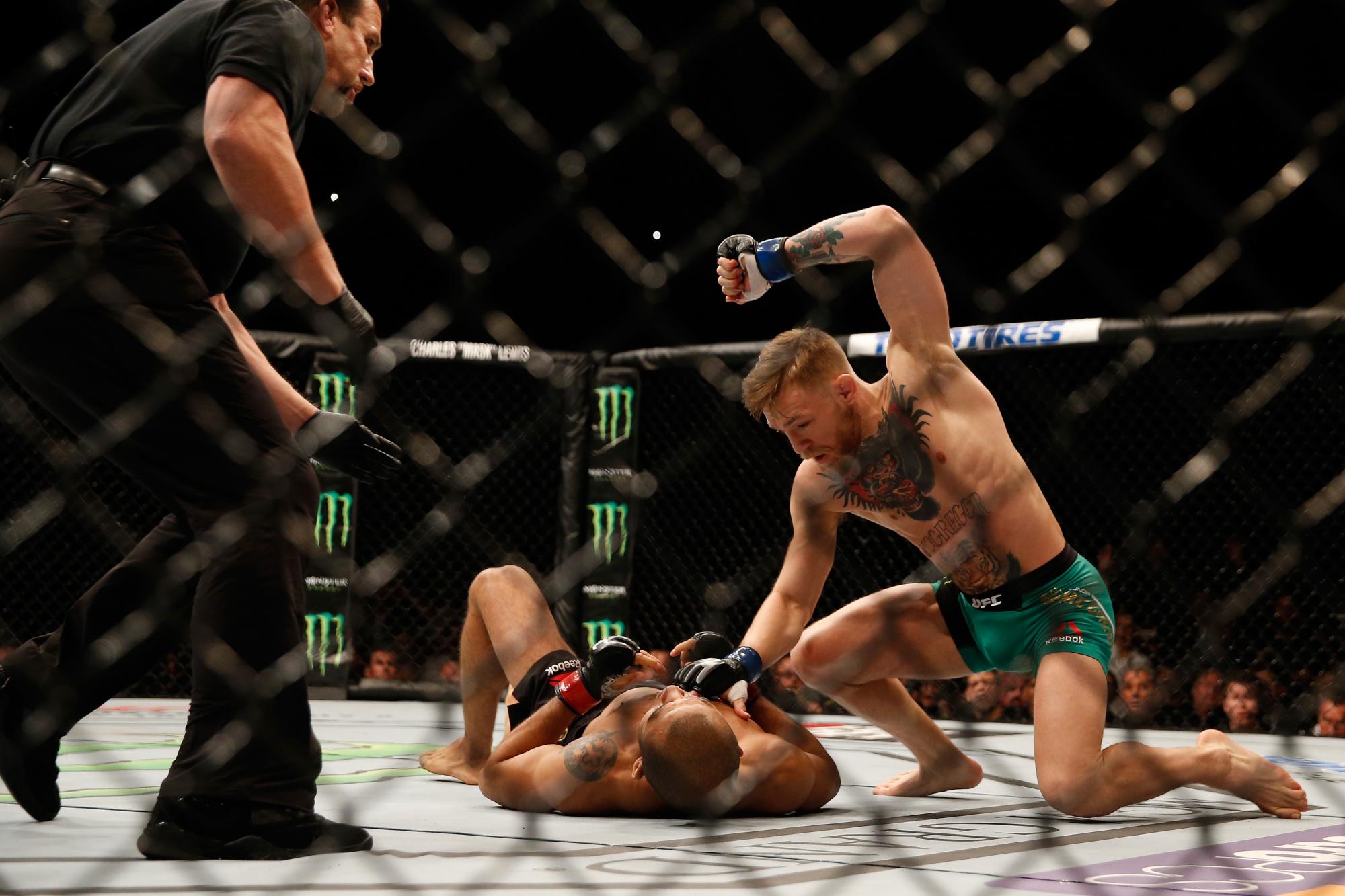 Take a look at the five greatest knockouts in UFC history.
By Thomas Gerbasi • Nov. 16, 2018

The UFC’s 25th anniversary is on, and what better way to continue this celebration than by looking back at some of the most memorable knockouts ever seen in the Octagon? Today, we’ve arrived at the top spot. Which KO is number one?

In a year with several spectacular knockouts, Edson Barboza’s wheel kick finish of Terry Etim at UFC 142 in January 2012 was far and away the best. It had it all – speed, power, technique, accuracy, and pure ‘wow’ effect. Etim was out the second he got caught by Barboza, and the scary part is that when asked about the finisher, the Brazilian Muay Thai expert said, “To be honest, no, I don't train that kick much. I like to train the basic things like body kicks or low kicks. But I’ve known how to do that kick since I was eight years old, when I started training Muay Thai. I think I have been keeping it inside of my mind, and when I need it I throw it out.” Wow.

In a long MMA career, Alistair Overeem has been stopped via strikes before. But the finality in which Francis Ngannou lowered the boom on “The Demolition Man” was one of those reminders that when heavyweights start throwing hands, there’s no more dangerous place to be in the world of sports than in the Octagon. Ngannou was already a pretty intimidating figure before his December 2017 win over Overeem. But as December 2 turned into December 3, the whole world knew that “The Predator” was one of the scariest dudes on the planet.

2 - Chris Weidman vs Anderson Silva I

Seeing Anderson Silva lose for the first time in the UFC was shocking enough; to see it happen by knockout doubled the shock, but that’s just what Chris Weidman did against the future Hall of Famer, staying aggressive and not getting reckless as Silva showboated, and when “The Spider” dropped his hands once too many times, Weidman made him pay with a left hook that put Silva on the deck and began the finishing sequence of strikes that crowned a new middleweight champion.

If Conor McGregor’s 13-second finish of Jose Aldo was a video game, we would call it a flawless victory. Getting in and out with frightening precision, a single left hook sent Aldo to the mat in the opening seconds of the most highly-anticipated bout of 2015, and a couple hammerfists later, “The Notorious” one was the undisputed featherweight champion and a man who was about to take us all on a ride we had never seen in mixed martial arts before.