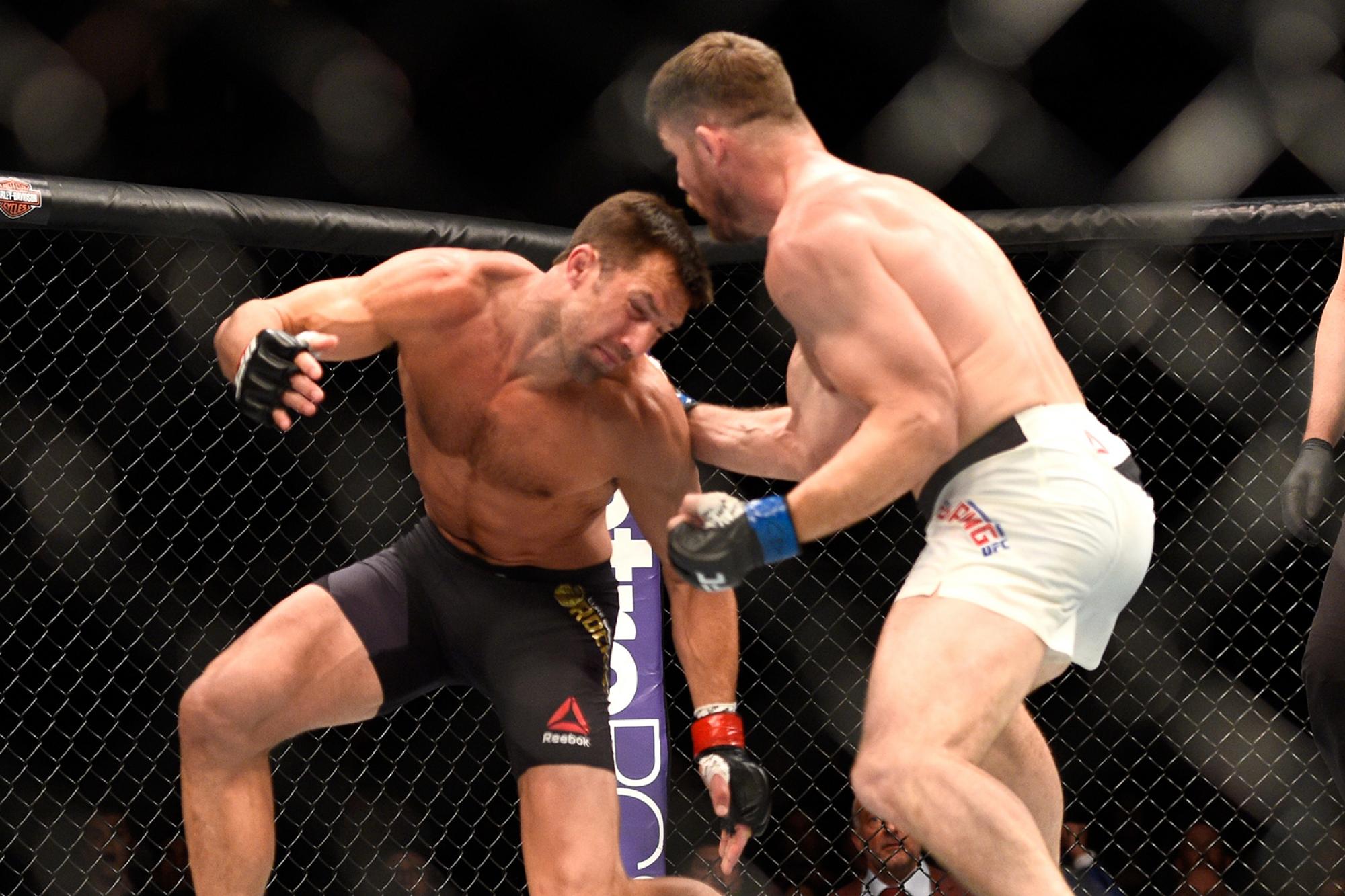 The countdown to the greatest knockout in UFC history continues. Relive knockouts #10-#6.
By Thomas Gerbasi • Nov. 15, 2018

The UFC’s 25th anniversary is on, and what better way to continue this celebration than by looking back at some of the most memorable knockouts ever seen in the Octagon? Today, it’s 10 through six, on the way to number one…

Once that first left hand landed and dropped Luke Rockhold, you could almost see Michael Bisping’s career flashing before his eyes as he rushed in, drilled Rockhold with another left and then finished him off with a barrage of strikes. For any of us who have covered Bisping’s UFC career since its start in 2006, it was almost as if we were living those final seconds with “The Count” as he won his first UFC championship.

Most fighters known as knockout artists see their power diminish over the course of three rounds. Not Yoel Romero. And in his UFC 205 fight against Chris Weidman, he brought it out seconds into the final round, with a flying knee dropping the former middleweight champion and leaving him bleeding until the end came moments later. When it comes to explosive power in every limb, few have it quite like Romero.

For nearly two years, Chuck Liddell patiently waited for a shot at redemption for his upset 2003 loss against Randy Couture. In April of 2005, he got it, and with his trademark right hand, he exorcised his demons with a spectacular finish of “The Natural” to win the UFC light heavyweight championship.

No one thought Rose Namajunas was an unworthy challenger for the strawweight title at UFC 217 in New York City, but Joanna Jedrzejczyk was starting to enter the all-time great discussion, so while most believed Namajunas would give Jedrzejczyk some issues, in the end, it was going to be another successful title defense for the Poland native. Namajunas had other ideas, and with a stunning first-round TKO victory, she shook up the strawweight division and the MMA world. As Daniel Cormier would say, “Thug Rose, Thug Rose, Thug Rose!!!”

When Holly Holm knocked out Ronda Rousey with a head kick in the second round of their UFC 193 bout, it had all the elements of a Knockout of the Year. It had stellar technique, it was shocking, it was final, and when you consider that the victim of that finish was the most dominant female fighter ever to compete in MMA, there was no question that this wasn’t just a great knockout for 2015, but for all-time.