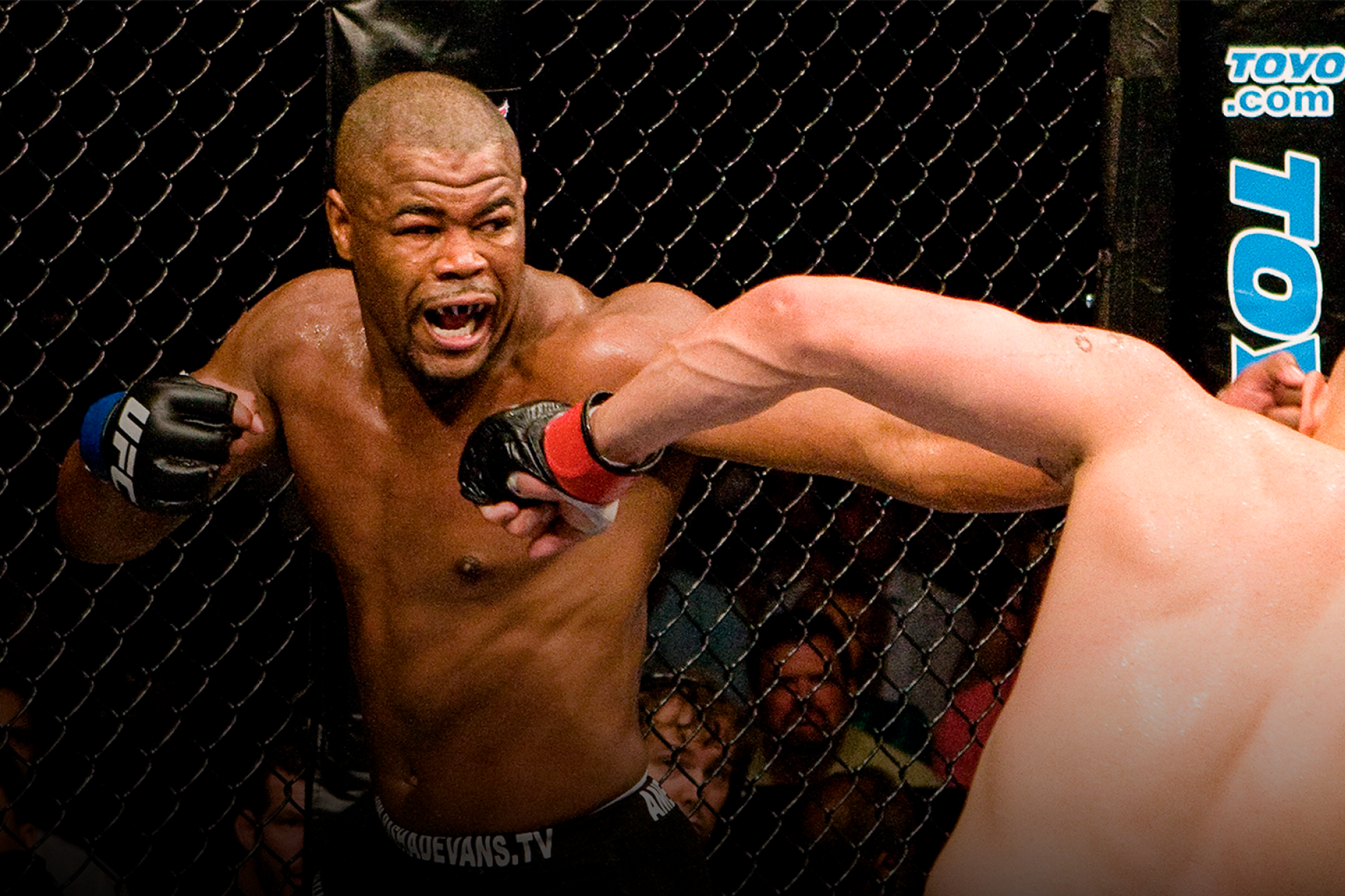 The countdown to the greatest knockout in UFC history continues. Relive knockouts #15-#11.

The UFC’s 25th anniversary is on, and what better way to continue this celebration than by looking back at some of the most memorable knockouts ever seen in the Octagon? Today, it’s 15 through 11, on the way to number one…

The hype surrounding Ronda Rousey continued to grow after her UFC 168 win over Miesha Tate, with magazine covers, mainstream features, and movie roles following in rapid succession. For any other fighter, it would have been cause to be distracted and lose focus. Rousey just got more intimidating and devastating in the Octagon, and after a 66 second knockout of Sara McMann, “Rowdy” continued to show off her striking in taking out rugged veteran Alexis Davis in just 16 seconds.

You know that a heavyweight has power when he can knock someone out with a single punch while moving backward, and that’s exactly what happened in the main event of UFC 198 in Curitiba, Brazil. Fabricio Werdum thought he was going to press Stipe Miocic, and he got a little wild in the process. Miocic made him pay in emphatic fashion with a flush right hand that dropped Werdum like he was shot. The follow-up from Miocic wasn’t even necessary. This fight was over, and the heavyweight division had a new world champion.

Yes, Michael Bisping talked a lot leading up to his UFC 100 showdown with Dan Henderson. But the Brit’s mouth had nothing to do with his demise at the hands of Hendo. Instead, once the former two-division PRIDE champion realized that Bisping wasn’t hurting him and that he was pulling straight back AND circling into his power hand, the end was inevitable. And when Henderson’s vaunted right hand crashed into Bisping’s jaw in the second, it was lights out, with the final shot delivered to his downed opponent legal, but ultimately unnecessary.

On a Virginia card filled with compelling matchups, one of them most looked forward to by fans matched former Ultimate Fighter standouts Matt Brown and Diego Sanchez against each other. But Brown wasn’t interested in a three-round war with the “Nightmare.” He wanted an early night and he got it, as he delivered a crushing elbow that ended Sanchez’ night and added another clip to the highlight reel of “The Immortal.”

In the first round, Rashad Evans fought the perfect fight against Chuck Liddell, using movement and quick flurries to frustrate “The Iceman.” So when Liddell came out recklessly and aggressively in the second stanza, Evans ended the perfect fight with the perfect punch, a right on the button that put the former light heavyweight king down and out.