To kick off 2022 we gave you a handful of the most exciting prospects in MMA to keep an eye out for. Some left, some dominated, some slumped and one even gave us UFC Fight Pass Fight of the Year honors, but the one thing none of them did was disappoint.

Check out the 2022 UFC FIGHT PASS Fighters to Watch Recap!

It wasn’t the hottest start for Renfro, who was likely one win away from the UFC before being upset in award-winning fashion to Adam Fugitt at LFA 125. Renfro stepped away from UFC FIGHT PASS in July to get himself back on track with a UD win before coming back in October and thunderously dominating Michael Irizarry Ortiz at iKON FC. Renfro was eager to squeeze one more fight in before the calendar struck 2023 to win Male Fighter of the Year honors, but a broken hand sidelined him and possibly took the victory away from him.

With his career back on track, he’s likely to repeat his “Fighter to Watch” status. With his microphone skills he’s also without question a Fighter to Hear as well. 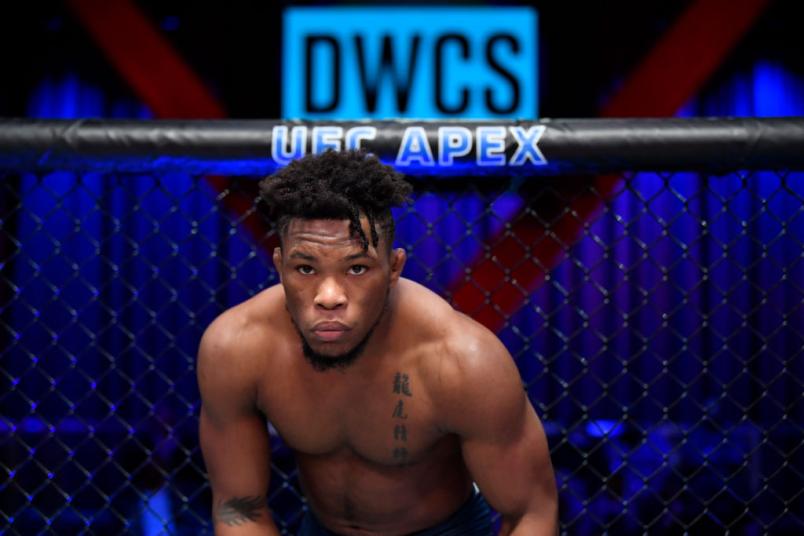 When Dominique Wooding steps into the cage it’s highly unlikely he’s looking for anything other than a finish, and his record reflects that. His style is one of blunt force and KO power. When it works out, it’s one of the most fan-friendly styles out there; when it doesn’t, it’s more often than not going to result in a decision loss. Wooding only fought once in 2022 and fell victim to another decision loss. Expect to see Wooding bounce back in 2023, as he’s always a fighter who’s only one strike away from a viral finish.

Costa’s first trip to the cage was a DWCS W in July that he was unable to turn into a UFC contract. The consummate professional could have taken time off to re-evaluate or sulk, but instead he went right back to the LUX cage, knocked out Carlos Gomez in 12 seconds and found himself making his UFC debut by December.

2022 was an unfortunate step back for Andres Quintana. After putting up a record of 19-3 coming into 2022, the stage was set for fans and UFC matchmakers alike to have Quintana fights marked down on their calendars. He went winless on the year but looks to bounce back in 2023 with a January fight booked at Fury FC 73. Can he return to form and go on another eight-fight win streak?

“The Last Pirate” had the bounce back fight in 2022 that he needed picking up a split decision win over Daniel Bazant at Cage Warriors 147. The win came off the heels of a canceled fight the month before, making it look like Charriere would be sidelined all of 2022. Thankfully he was able to get back on the horse and is likely to repeat Fighter To Watch status in 2023.

After stealing the show at FAC 12: Lookin’ for a Fight, Josh Fremd punched his ticket to the UFC, making his debut at UFC 273. His budding UFC career has taken some unlucky bounces thus far, but any FIGHT PASS subscriber knows what Fremd is capable of, and the best is yet to come. 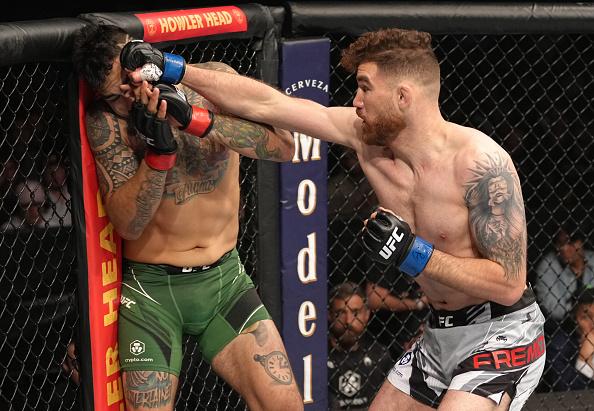 Only two fights into his career, Kody Steele has already had as many fights canceled as he has fought. His record would likely be a lot deeper, but you can only win the fights you have an opponent for. Steele sits at 2-0 with a skillset far beyond his record. Look for him to have a breakout year as long as Eric Garcia can keep opponents nailed down.

Oklahoma State legend Nick Piccininni had quietly one of the strongest years in 2022. He pushed his record to 4-0, made the jump to even stronger competition, faced adversity, showed the MMA world he can deal with adversity and went a perfect 2-0 on the year.

MMA media is beginning to take notice of the All-American wrestler, and if Piccininni puts up three or more wins in 2023, it’ll be hard to see a world where he’s not making the UFC walk.

For the greatest action across the world of combat sports, sign up TODAY for UFC FIGHT PASS!