Today, it’s the biggest knockouts of the first half of 2021 and how we saw them on fight night:

MORE HALF-YEAR AWARDS: The Submissions | The Upsets | The Newcomers 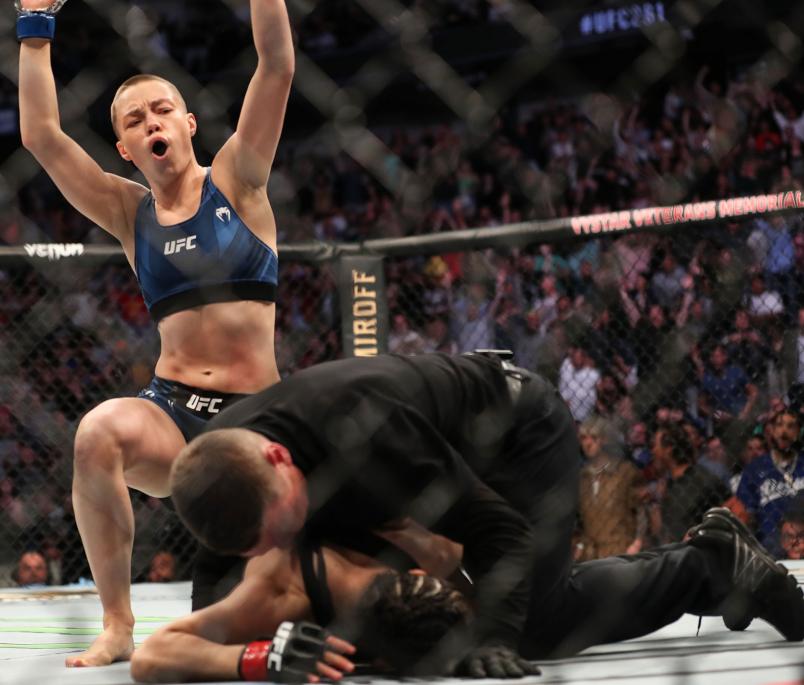 Rose Namajunas of the United States celebrates after beating Zhang Weili of China during the Women's Strawweight Title bout of UFC 261 at VyStar Veterans Memorial Arena on April 24, 2021 in Jacksonville, Florida. (Photo by Alex Menendez/Getty Images)

While being introduced by Bruce Buffer, Rose Namajunas chanted “I’m the best,” to herself, and in 78 seconds, she proved it, as she knocked out Zhang Weili to regain the UFC strawweight title.

After the two fighters moved around the Octagon to get acclimated to the Octagon, Namajunas landed a flush left kick to the head that dropped Zhang hard to the mat. Namjunas went in for the finish and after a couple hammerfists, she got it, with referee Keith Peterson stepping in at 1:18 of round one.

In the UFC Fight Night co-main event, Cory Sandhagen delivered a statement to the top of the bantamweight division, as he knocked out Frankie Edgar in the first round.

Edgar’s trademark pressure was in evidence as the bout opened, but with perfect timing, a jumping right knee caught Edgar flush on the jaw, sending him down to the canvas face first. There was no need for any follow-up from Sandhagen, with referee Keith Peterson halting the bout at 28 seconds of the opening round. 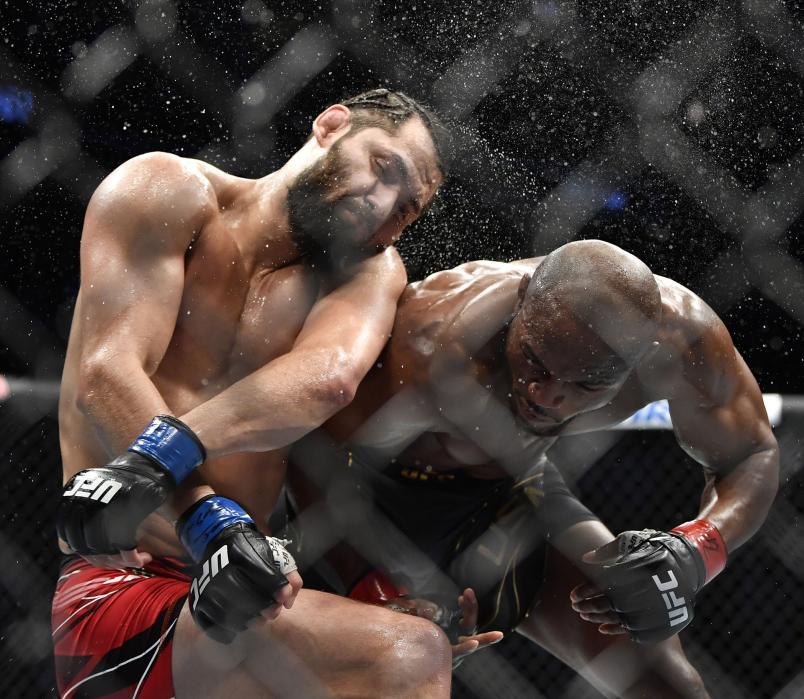 After a decision win over Jorge Masvidal last year, UFC welterweight champion Kamaru Usman ran it back with “Gamebred” in the main event of UFC 261, and this time, he didn’t need the judges to get involved, as a second-round knockout emphatically ended their rivalry.

Masvidal fired off leg kicks to start the bout, but Usman got the first big shot off, drilling the challenger with a right hand. Masvidal shook off the blow but after a missed knee, he was taken down by the champion. Masvidal stayed busy with elbows from the bottom and he mae it back to his feet with a little over a minute to go. Usman landed a couple more flush shots, answered by a knee at the end of the round.

And while Masvidal was smiling and confident as the second round began, Usman closed the show in devastating fashion, with a crushing right hand that dropped Masvidal to the canvas. A couple follow-up shots later, the bout was over, as referee Herb Dean stopped the fight at the 1:02 mark of round two.

With the win, Usman moves to 19-1 as he successfully defended his title for the fourth time. Masvidal falls to 35-15.