“It's been incredibly emotional for me,” said Coleman. “I loved this guy more than I knew. I didn't realize how much I loved him, I didn't realize how close we were and when it (Randleman’s death) happened, it was devastating. It was crushing, and I pushed to try to get him in the UFC Hall of Fame because I knew he deserved to be there. This man fought anybody, anytime, while he was injured, it didn't matter. He fought anybody and everybody. I'm so proud of him and so grateful that the UFC put him in there because he is so deserving. He was a highlight reel everywhere he walked and went, and I miss him all the time. I know Kevin wants me to be strong, but sometimes I do get emotional and I do break down because I love that guy this much.”

Those in the fight game knew that outside of Randleman’s family, which included his wife Elizabeth and four children, no one was going to be hit harder than Coleman by his friend’s untimely death at 44 due to complications from pneumonia. And while many thought the duo, whose friendship began back at Ohio State, were the most unlikely of buddies, Coleman says nothing was further from the truth.

“We were very much the same,” he said. “We both wanted to kick ass and we both wanted to be world champions. It was that simple. I like to have fun, he liked to have fun. So the odd couple was very, very far from the real description.” 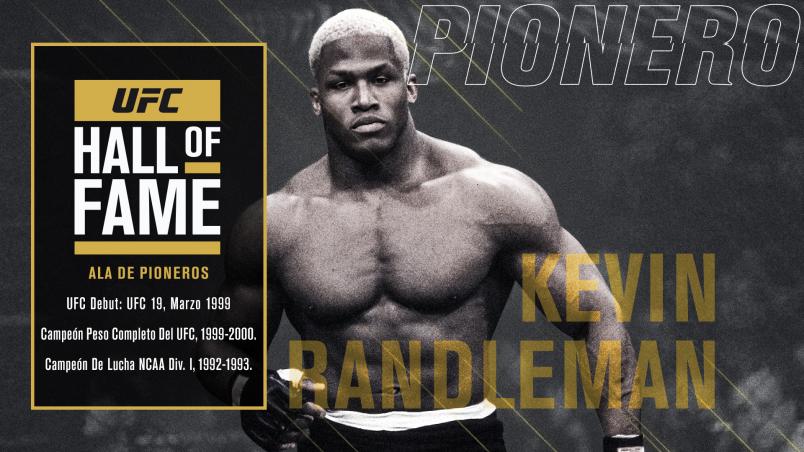 They weren’t instant buddies, though. When the future hall of famers first met, Coleman had just won a National championship for Ohio State and while he served as an assistant coach, he had his sights set on the 1992 Olympics. Randleman was a dominant athlete from nearby Sandusky, Ohio and he committed to OSU without even visiting the campus.

“Randleman was the first class that we recruited, and I never met him on his recruiting trip because he didn't take one,” said Coleman. “Which, now that I know him, I'm not surprised. He should have come down and we should have gone out to eat for a nice little surf and turf dinner, and afterwards we would have took him out and had a great time, but Kevin does his own thing and he didn't need no trip and he committed to Ohio State.”

At practice, Coleman was interested to see what all the commotion was about when it came to the newest member of the squad.

“I walked into the wrestling room and I'm standing by the assistant coach, I said where's this Randleman guy at? He points him out and I looked over at him. I had a pair of sunglasses on, I had a leather jacket on and a hat on. I don't know if I was trying to be cool or what, but that was just me.”

Coleman didn’t get to coach Randleman that year, and he admits that the two barely talked the first half of the season.

“I find out later that the whole first half of the season, Kevin really, really didn't like me,” laughs Coleman. “And he thought that I didn't like him.”

But after winter break, the two ran into each other in the OSU weight room.

“He ends up walking by me and I said, 'Hey Kevin, you want to train with me today?'

Randleman was surprised by the request, but he accepted.

“Me and Kevin took over that room because we went through the hardest workout and we were making noise, and the whole wrestling team was watching us. We walked out, I looked at Kevin and said, ‘You can train with me every day if you want.’”

Randleman was in. And as Coleman found out later, it was a turning point in the young wrestler’s career and life.

“He showed this surprise in him and he ran home to his mom, saying, ‘Hey mom, he likes me, Coleman likes me.’ And that was it from that point on. He was a redshirt freshman, he was going home every weekend, he wasn't really liking Ohio State. He wasn't happy and he was getting his ass whupped by a lot of guys on the team. After that, we lifted every day, he didn't miss a day, I didn't miss a day. I told him, ‘Let's be a champion.’”

He almost pulled it off immediately, winning the Big Ten tournament before losing in the NCAA finals. It was a year to remember that began with a challenge from his coach before summer break.

“I showed you the path, I showed you what you need to do,” Coleman said. “When I see you in three months, I expect all your numbers - your bench, your squat, your deadlift – to go up. I'll be able to tell if you went home and partied or if you went home and trained. And when I saw him three months later, he was ‘The Monster.’ He was the f**king Monster. He went from getting beat by guys on the team to taking second in the nation. He went second in the country from out of nowhere.”

The next two seasons, Randleman won the NCAA Division I title, becoming a star in the process.

“When Kevin Randleman walked on the mats, he made sure everybody knew he was up next,” said Coleman. “In wrestling, it's hard to get noticed, but Kevin Randleman always got noticed. And he went out there and dominated.”

It was an epic run, but where was Randleman going to go from there athletically? By the end of 1993, the Ultimate Fighting Championship was launched, though it was still largely a mystery to all but the hardcore of martial arts fans and not really seen as a viable career path at the time.

In 1996, Coleman got the call to compete in the UFC and he made an immediate impact, defeating Moti Horenstein, Gary Goodridge and Don Frye in a single night to win the UFC 10 tournament. Then he made a phone call. 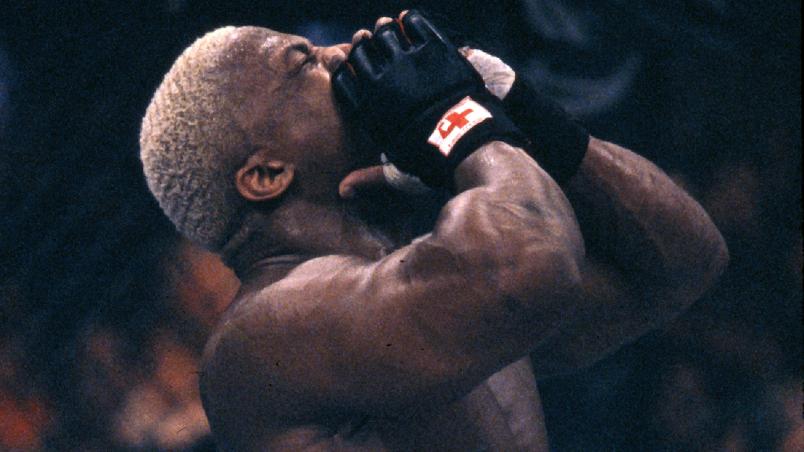 “After college, he (Randleman) went back to his hometown and I hadn't seen him for two years, but after I won UFC 10, I put a phone call in to Kevin,” said Coleman. “It was pretty simple.”

“I didn't believe it for a second,” laughs Coleman. “I told him I got a fight lined up over in Brazil, an eight-man tournament, 20 grand to the winner. You want in? He said, ‘Hell yeah.’ I told him you're gonna have to come back to Columbus because I'm gonna prepare you for this. 35 days later, the Monster was here. He stole the show over in Brazil, they loved him there and we had a blast. The next thing you know, he made it to the UFC and became the UFC champion.”

Randleman won three fights in one night in that Universal Vale Tudo tournament in October 1996, fought five more times in Brazil and then got the call to the Octagon, where he defeated Maurice Smith in his 1999 debut on the UFC 19 card. He would lose his first title fight via controversial split decision to Bas Rutten at UFC 20, but by the end of 1999, he had a heavyweight championship belt after beating Pete Williams for the vacant crown.

Over the next 12 years, Randleman was a staple on elite level of MMA, whether in the UFC or in PRIDE, fighting a Who’s Who of the sport, including Randy Couture, Chuck Liddell, “Rampage” Jackson, Kazushi Sakuraba, Mirko Cro Cop, Fedor Emelianenko and “Shogun” Rua, just to name a few. It was a career to be proud of, one filled with highlight reel moments, and while he was already out of the sport nearly five years when he passed away in 2016, Coleman said his friend was in a good place in his life in his final days.

“He was at peace,” said Coleman. “He was doing great. I'm so excited about the hall of fame for his wife Elizabeth, because she was his glue, she was his rock, and she was there the whole time. I'm just so happy for her because she wanted this as much as anybody else.”

It’s bittersweet, but despite him not being here for his induction, the UFC Hall of Fame is the perfect place for Kevin Randleman, one of the most memorable figures ever to grace the sport.

“He was a special breed,” said Coleman. “The most charismatic man I've ever met, for sure.”