Be a part of all the action during UFC International Fight Week. Get your tickets here

UFC® is excited to announce that it has confirmed its largest-ever roster of UFC superstars, UFC Hall of Famers and legends for the 2016 UFC Fan Expo®, which takes place from Friday, July 8 through Sunday, July 10 at the Las Vegas Convention Center in Las Vegas, Nevada. The three-day event concludes the 5th annual UFC International Fight Week™, the world’s largest celebration of combat sports that takes over Las Vegas from Tuesday, July 5 through Sunday, July 10.

The following participants are scheduled to attend UFC Fan Expo:

With more than 600,000 square feet of all things UFC, fans will have the unique opportunity to engage with a record-number of athletes during autograph and photo sessions or participate in activities conducted by UFC partners including: Reebok, EA Sports, MetroPCS, Bud Light, Harley-Davidson®, Toyo Tires®, Topps®, Monster Energy and UFC GYM®. 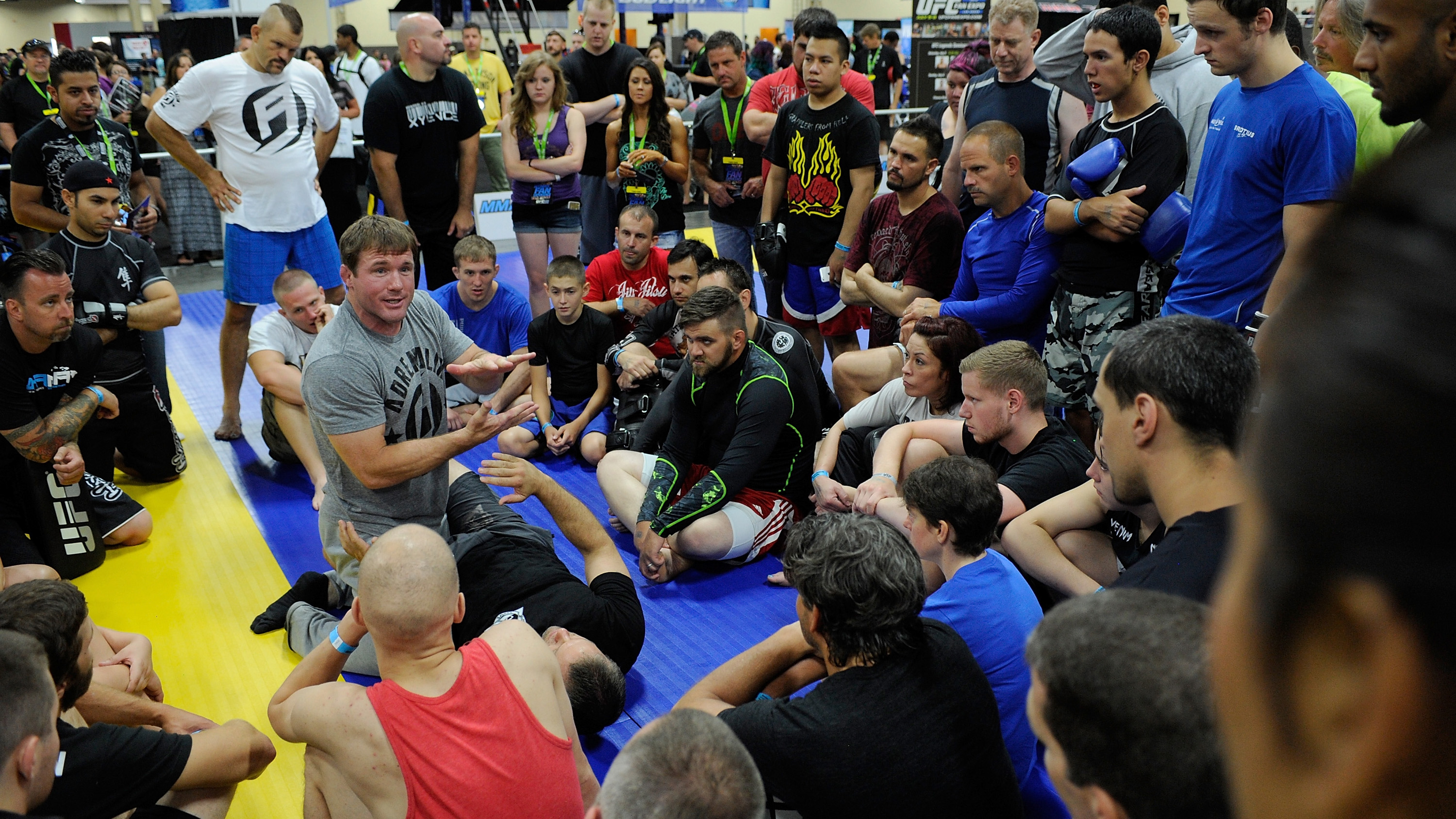 UFC Fan Expo will also include amateur martial arts tournaments from various disciplines and highly-anticipated superfights, providing hours of amateur competition featuring both up-and-coming and legendary athletes from around the world.

The expo will feature a host of athlete engagement sessions with an exemplary list of athletes including: three current UFC champions, seven former UFC champions, nine UFC Hall of Famers and numerous mixed martial arts (MMA) pioneers. Each participant’s session will take place at one of more than 30 UFC brand stations throughout the Fan Expo grounds with autograph and photo opportunities for all fight fanatics in attendance.

The historic week will be highlighted by three events in three nights, with 36 bouts and five UFC championships on the line. The three events are headlined by the landmark UFC® 200: CORMIER vs. JONES 2, on Saturday, July 9 at T-Mobile Arena.