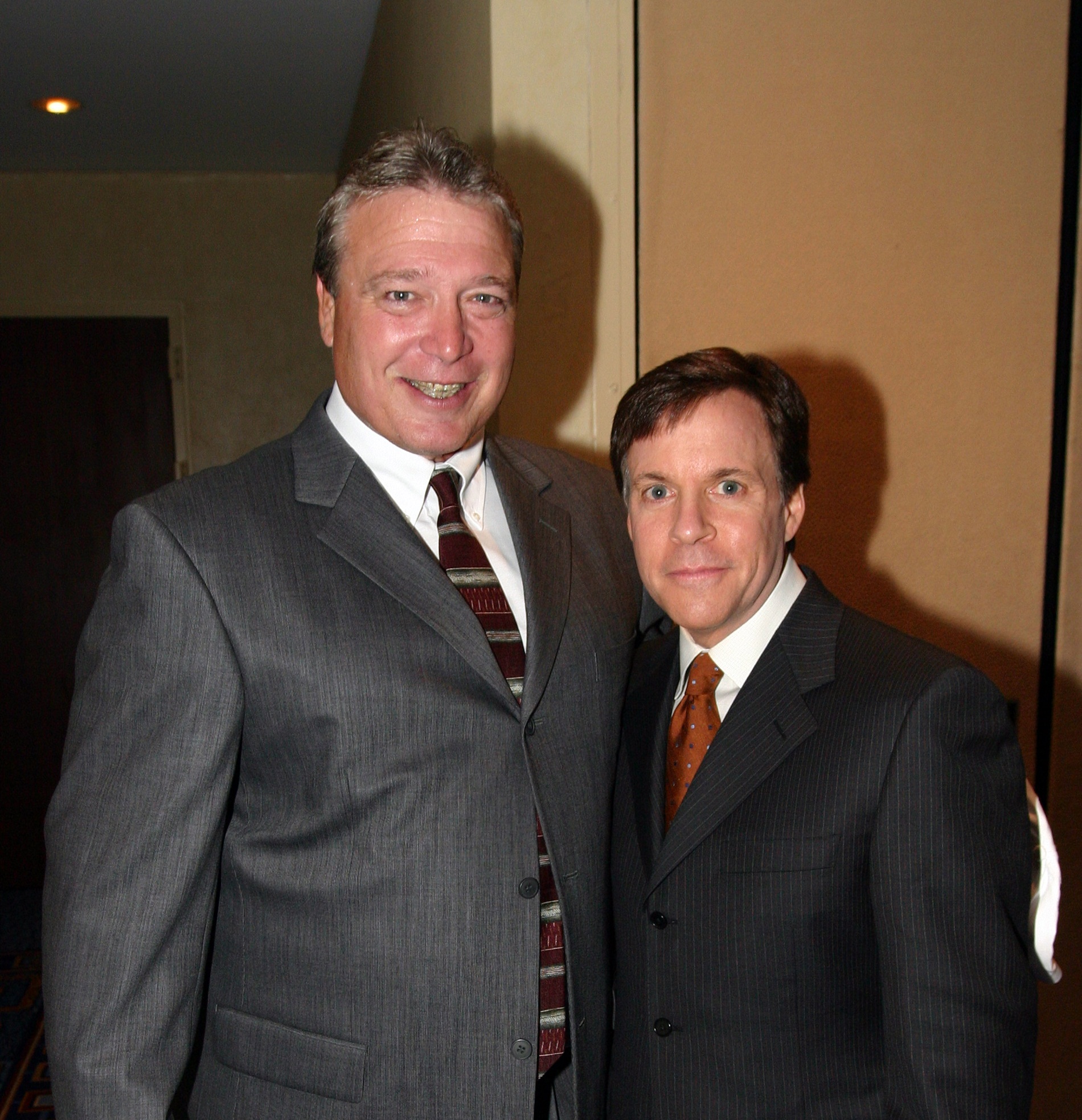 Brought in as a color commentator for UFC 4 in 1994, Jeff Blatnick could have just gone through the motions for the broadcast of the fledgling sport, but that just wasn’t his style.

When Blatnick did something, he did it with every ounce of his being, whether it was fighting the cancer he defeated in the early 80s, winning an Olympic Gold medal for the United States in Greco-Roman wrestling in 1984, or being a husband and father.

So when he got the gig to work in a sport then called no holds barred, he dove in with both feet and peppered referee John McCarthy with questions about the fights and the fighters. Both agreed that on that night in Tulsa, the two finalists of the UFC 4 tournament would likely be Royce Gracie and Dan Severn.

“Jeff came in at UFC 4 and he had no idea of what he was going to be part of,” McCarthy laughed. “I actually had breakfast with him that morning and he was talking about the different fighters and asking me questions, and he got down to Royce Gracie and Dan Severn. He believed in grappling, and he watched Royce fight in UFC 2 and he said ‘the way I’m looking at it is that there are going to be two grapplers in the finals, and that’s Dan Severn and Royce Gracie.’ And I said I think you’re right, that’s probably what it will be.”

Blatnick gave his fellow wrestler the edge if he did get to fight Gracie over the course of the evening. McCarthy disagreed.

“I respect Dan, I’ve seen him wrestle, I know everything that he’s done, but he really has no concept of what he’s getting into and he doesn’t know how to finish the fight,” McCarthy said.

“How is it that you think a smaller grappler is going to beat a bigger grappler, because I just don’t understand that,” Blatnick responded.

“Because this isn’t grappling,” McCarthy said. “This is fighting. And what Royce knows finishes fights.”

Gracie and Severn would meet in the tournament finals, Gracie submitting “The Beast” in the sixteenth minute of the fight. Blatnick pulled McCarthy to the side after the fight.

“Okay, you’ve got to teach me this,” Blatnick said.

“That’s where our friendship started, and every time we got together, we would roll,” McCarthy smiled, remembering the friend who will be inducted into the UFC Hall of Fame as a member of the Class of 2015 on July 11 in Las Vegas.

Sadly, Blatnick won’t be at the ceremony, as he passed away at 55 in October of 2012 due to complications following heart surgery, but his wife Lori will be in attendance, and she’s proud to see her husband honored for his contributions to the sport of mixed martial arts.

“I think he would have been thrilled and humbled,” Lori Blatnick said. “I don’t think he would have made a big deal out of it, but he never did, no matter what it was, except for the birth of our kids. Deep down inside he would be happy to be recognized for what he did because he was always the quiet one on the side. He never looked for recognition.”

It’s why many newer fans of the sport don’t realize just what Blatnick did for it. He didn’t chase the cameras or put out a neon sign proclaiming his accomplishments, but when the sport needed him the most, he was there.

“Jeff fell in love with MMA after that first show and what he did for MMA is that he helped it survive,” McCarthy said. Blatnick even helped name it. “The guy that made MMA stick was Jeff Blatnick. When we started saying it, it was no holds barred and Jeff and I talked and he said I will continuously say it. And when we first brought it in, people said it was horrible. They liked no holds barred. But Jeff kept saying it and he’s the one that got it to stick.”

As trivial as that may sound today, when it happened, it was an important part of keeping the sport alive when it was taken off cable and being attacked from all sides in the media. Blatnick, along with McCarthy and current UFC mantchmaker Joe Silva, were also three of the key figures who came up with the blueprint for the unified rules of mixed martial arts that govern UFC bouts today, and when the days were darkest, the promotion – then owned by SEG – leaned on Blatnick to provide much needed light.

“At the time he came in, it (the UFC) was reaching that crescendo and it was doing great because everyone was fascinated by what was going on,” McCarthy said. “But the storm was coming, and when the storm hit, the UFC used Jeff Blatnick’s credibility as an athlete, as an Olympian, as a gold medalist, as a humanitarian, and as a person who survived cancer. He had a name that was established when nobody within our sport had that and Jeff freely gave it to the sport, and he gave his credibility for us to use for it to survive. And he helped it survive by what he did, by becoming a part of the writing of rules with me and coming up with ideas that he thought would be beneficial.”

And despite being a former athlete himself, when Blatnick and McCarthy discussed certain rule changes, the sport and its survival was the most important thing on his mind, and he acted accordingly.

“Jeff was the guy I was bouncing ideas off of,” McCarthy recalled. “I knew I was going to be hurting people when they asked me to write the rules. I was going to be hurting Mark Coleman who was a big star at the time, by removing headbutts. But Jeff said ‘John, this is bigger than Mark Coleman. This is about what’s right for this sport to survive, so people can start to understand what these guys are.’ And he was the one helping me make those decisions and he was huge in helping MMA get through the medieval times, as I call them, or what other people call the dark ages.”

Yet through it all, you never saw him talk about what he did, even at home.

“I think I found out more about his involvement in it after he died, than while he was alive, because all the accolades and articles,” Lori said. “(Friend and New Jersey State Athletic Control Board chief counsel) Nick Lembo sent me a bunch of stuff and he said ‘FYI, just wanted to let you know that this is what Jeff had his hand in.’ And I was like ‘whoa, I had no idea about some of that stuff.’ So that came as a surprise to me, but I know that he was always working with it.”

He remained in the sport after putting the headset down after UFC 32, becoming an MMA judge and even working several UFC events. And while he is sorely missed, his family, friends and the MMA community will get to celebrate him in front of the world on July 11.

“The credit that Jeff deserves in our sport is huge,” McCarthy said. “He did a ton for people in this sport, he did a ton for the sport, and he is absolutely someone that needs to be recognized. He would be as happy with his induction into the UFC Hall of Fame as he was with that Olympic Gold medal. That’s how much this sport meant to him. And my only regret is that he doesn’t get to see this happen.”