The Highly Unofficial Half-Year awards continue with the biggest upsets of 2011 thus far... 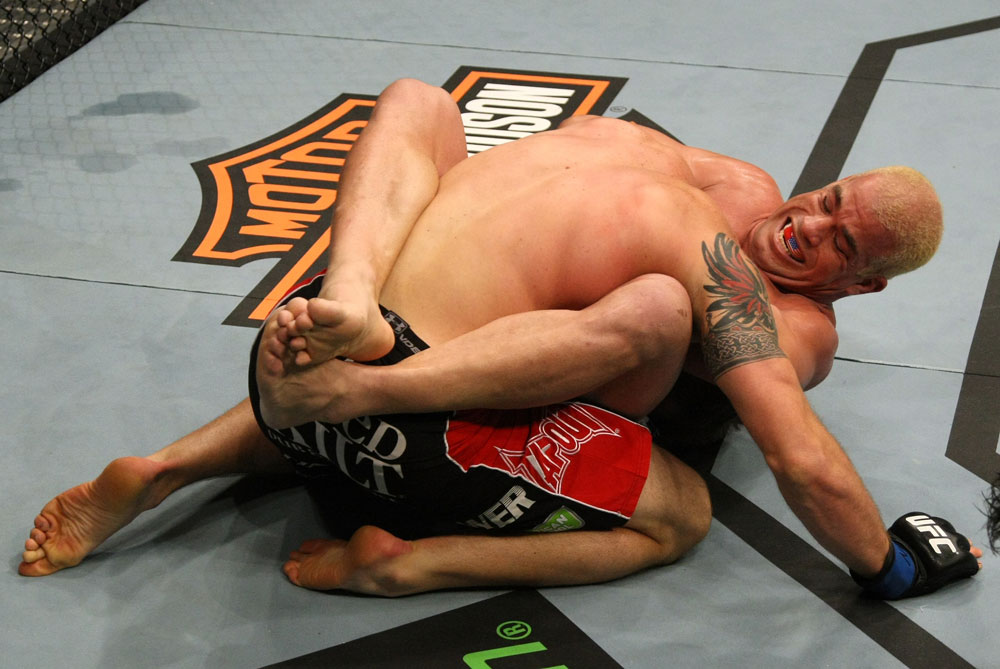 One of the great things about mixed martial arts at the UFC level is that on any given night, an underdog can perform magic and topple the hopes of a favorite. Here are the top upsets of 2011 thus far.

5 – “Mighty Mouse” outlasts former champ Torres WATCH FIGHT REPLAY
People forget that before his loss to Brian Bowles, Miguel Angel Torres was seen as a significant threat to Anderson Silva’s hold on the mythical pound-for-pound title. A WEC bantamweight champion with out of this world submission skills and a willingness (some might say eagerness) to scrap while standing, Torres was riding high until he lost his belt and then dropped a subsequent bout to Joseph Benavidez. But with comeback wins over Charlie Valencia and Antonio Banuelos, he looked to be on his way back. But bantamweight up and comer Demetrious Johnson stopped Torres’ winning streak at UFC 130 with a wrestling-based gameplan that put him in the dominant top position for much of the bout. Yes, Torres fought well and attempted submissions from the bottom, but when the close verdict was rendered, it was no surprise that it went in favor of “Mighty Mouse.”

4 – Siver puts an end to Sotiropoulos’ immediate title plans WATCH UFC 127 REPLAY
Entering their UFC 127 bout in February, Dennis Siver was a legit contender with a nice two fight winning streak, but Aussie hero George Sotiropoulos had an even nicer eight fight hot streak, he was fighting at home, and he seemingly had the perfect style to defeat the Germany product. But after leaving Sotiropoulos in the dust in the first round, Siver maintained his fast start, didn’t let the bout stray to the mat where he could get submitted, and went on to pull off the three round unanimous decision win. It was a boost for Siver, who defeated Matt Wiman last Saturday in Las Vegas, and a crushing blow for Sotiropoulos, who suffered his second consecutive defeat on the same card against Rafael dos Anjos.

3 – Poirier is no stepping stone for Grispi WATCH FIGHT REPLAY
On January 1, 2011, Josh Grispi was supposed to be fighting in the first 145-pound title fight in UFC history against champion Jose Aldo. Aldo got injured and was forced to pull out of the bout. Grispi got to face a Louisiana buzzsaw named Dustin Poirier, and in 15 minutes he was issued his first loss in four years. That’s not to say that Poirier had come out of nowhere, but consider that the last four names on Grispi’s victims list were Mark Hominick, Micah Miller, Jens Pulver, and LC Davis. And he finished all four in the first round. So for Poirier to come into the Octagon that night and not only win, but steamroll Grispi sent shockwaves through the featherweight division.

2 – Late notice no problem for Brenneman WATCH UFC LIVE REPLAY
Hollidaysburg’s Charlie Brenneman wanted nothing more than to fight in his home state of Pennsylvania on June 26th’s UFC Live card in Pittsburgh, but though there were occasional rays of light, it just didn’t look like it was going to happen. First, he wasn’t even scheduled to fight, but then Matt Riddle was forced out of his bout with TJ Grant and Brenneman was called to fill in. Next, Grant went down with an illness and withdrew, leaving Brenneman without a fight on such short notice. But amazingly, on the day of the weigh-in, Nate Marquardt wasn’t medically cleared to fight and Brenneman was asked to fill in against Rick Story. He made weight, stepped into the Octagon, and fought 15 minutes with his fans cheering him on. When the bout was over, he had snapped Story’s six fight winning streak and made the MMA version of a Rocky story.

1 – Ortiz proves that there’s still life in the “Huntington Beach Bad Boy” WATCH UFC 132 REPLAY
If you picked 36-year old Tito Ortiz to defeat Ryan Bader last Saturday night at UFC 132, you probably did so just for sentimental reasons. Why? Because the former light heavyweight champion had shown nothing in his previous five fights (a 0-4-1 stretch) that would make you think he could turn the tide against young powerhouse Bader. Yes, Ortiz was dealing with injuries during his losing streak and even then he had brief glimpses of his old form, but in a 15 minute scrap with an opponent who could very well send him to join Chuck Liddell and Randy Couture in retirement, what would he do to win. Well, he did it by shocking Bader with a flush punch to the jaw and then finishing matters with a guillotine choke that ignited the MGM Grand Garden Arena crowd and resurrected Ortiz’ career. At a time when you usually bow your head and dread the day that an aging superstar steps into the Octagon and doesn’t have it anymore, Ortiz came alive and proved that the great ones always have a great fight left in them. Now we’ll see if there’s more to come.