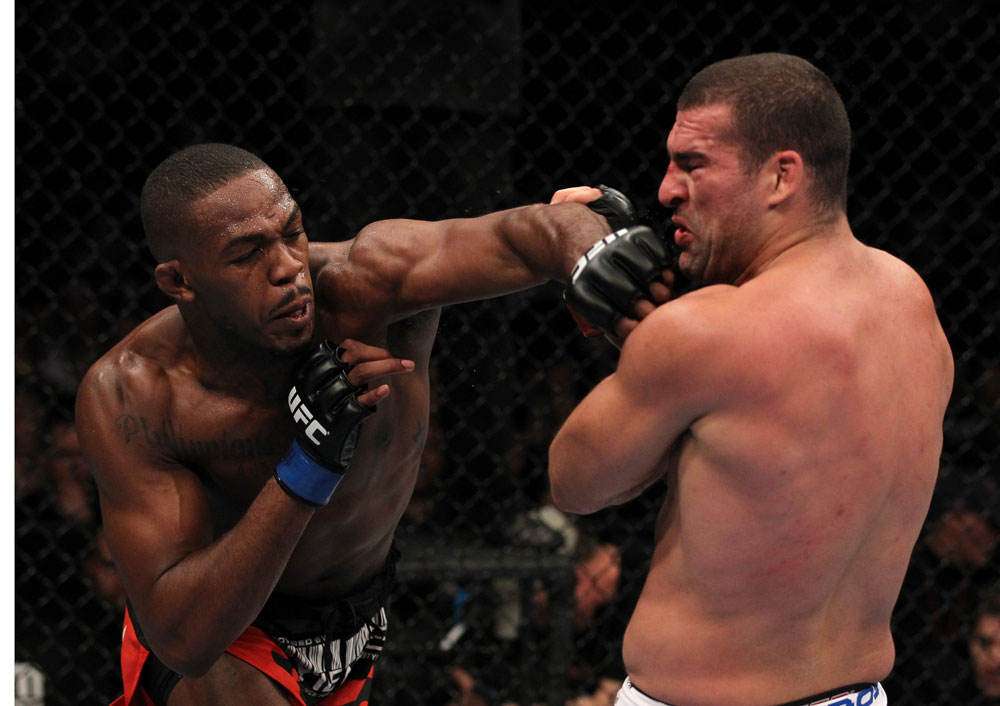 This is it. The Unofficial Half-Year Awards season concludes today with the fighters who have put their best foot forward thus far in 2011. As a bit of a spoiler here, let’s just say that you won’t be surprised with the man on top of the list.

5 – Mark Munoz
Following his first round knockout loss at light heavyweight against Matt Hamill in 2009, there were many question marks surrounding Mark Munoz and whether he would be able to fully make the transition from wrestler to MMA fighter. He answered each and every question, and at middleweight, he has become a legit contender, a fact borne out by a three fight winning streak that includes 2011 wins over CB Dollaway and Demian Maia. “The Filipino Wrecking Machine” is the real deal, and he’s getting better with each fight.

4 – Melvin Guillard
The maturation process of Melvin Guillard is complete. Long seen as a world-class talent who had yet to put it all together, “The Young Assassin” has finally hit his stride, and in 2011 he has emerged as a legitimate threat to Frankie Edgar’s lightweight title. Winner of five in a row, including knockouts this year of Evan Dunham and Shane Roller, Guillard is a scary young man in the Octagon, and if you want to say anything about that, ‘it’s about time’ seems to be the correct phrase to use.

3 – Clay Guida
Mixed martial arts’ undisputed wildman, Clay Guida lives that image up proudly, but what sometimes gets lost underneath all the hair and flailing fists is that “The Carpenter” is also one of the smartest fighters in the lightweight division, as evidenced by his 2011 wins over Takanori Gomi and Anthony Pettis. Using bizarre movement against Gomi, Guida baffled his foe until he was able to choke him out in the second round. Against Pettis, he kept things simple with a ground and pound strategy that left the dynamic former WEC champion unable to escape. Yet no matter how he got to the finish, the end result was the same – a win and a move one step closer to a world title shot.

2 – Brian Stann
Sure, Brian Stann’s 2010 debut at middleweight against Mike Massenzio was exciting and successful and all that good stuff, but what would happen when the former WEC light heavyweight champion took on a contender at 185 pounds, especially one with KO power like Chris Leben. Well, the US Marine Corps veteran knocked him out in 3:37 at UFC 125 in January. Encore? A second round finish at UFC 130 of Jorge Santiago, who was returning to the Octagon after winning 11 of 12 bouts. Next up is Chael Sonnen, and if the “All-American” gets past the former middleweight title challenger, is there any more deserving contender for a shot at the crown?

1 – Jon Jones
Surprise, surprise. Look who we found here at the top of the list. Only the man who spoiled Ryan Bader’s unbeaten record in February, helped foil a robbery in March, and then later that night stopped Mauricio “Shogun” Rua in three rounds to win the UFC light heavyweight title. If that’s not a full half-year, what is? It’s almost as if destiny sped up for New York’s Jon Jones, but the dynamic young champion seems to be handling life on top just fine. Next up for Jonny Bones? Former champion Quinton “Rampage” Jackson.