Just like the UFC turns 20 in 2013, so too does the youngest fighter currently on its roster: Sergio Pettis, who makes his debut against Will Campuzano November 16 at UFC 167. To see what two decades looks like for a fight promotion vs. a fighter, we compared milestones for both. 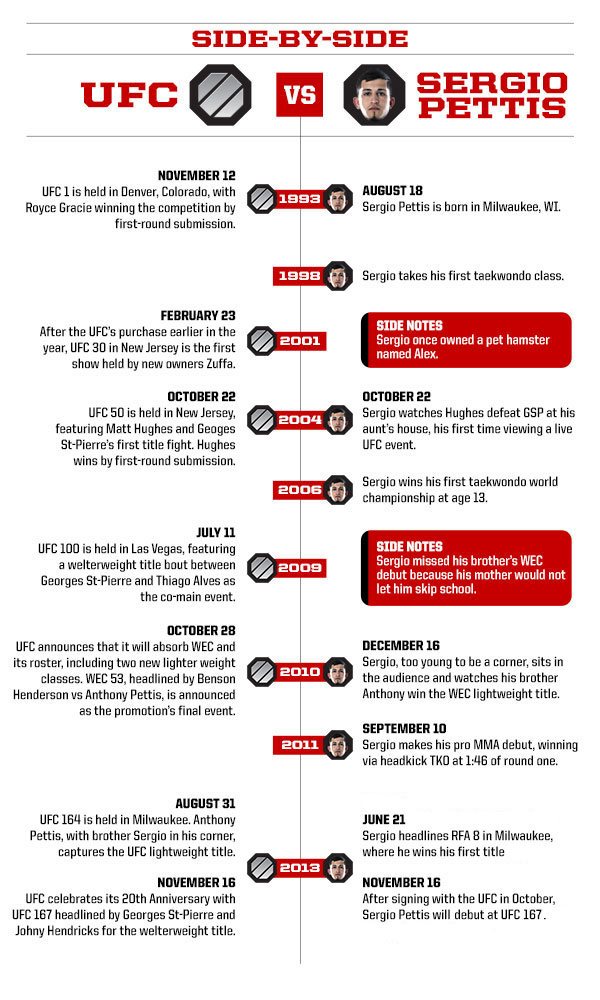