15 Things to Do This Weekend without UFC 151

So your Saturday night plans went *poof* when UFC 151 was cancelled - we know the feeling. Here are 15 things you can do this weekend instead... the ♦ symbol indicates an event in Las Vegas for those of you who came here for the fight.

Watch Our Biggest Hits Starting Saturday, UFC On Demand
celebrates its fourth birthday with a collection of fights selected by
fans. Enjoy the 25 most popular fights from the last four years of UFC
On Demand, from Gracie versus Shamrock at UFC 1,
to last year’s epic battle between Shogun and Henderson, see them all
with a click of your remote. Find it on your cable provider at http://www.UFConDemand.com. 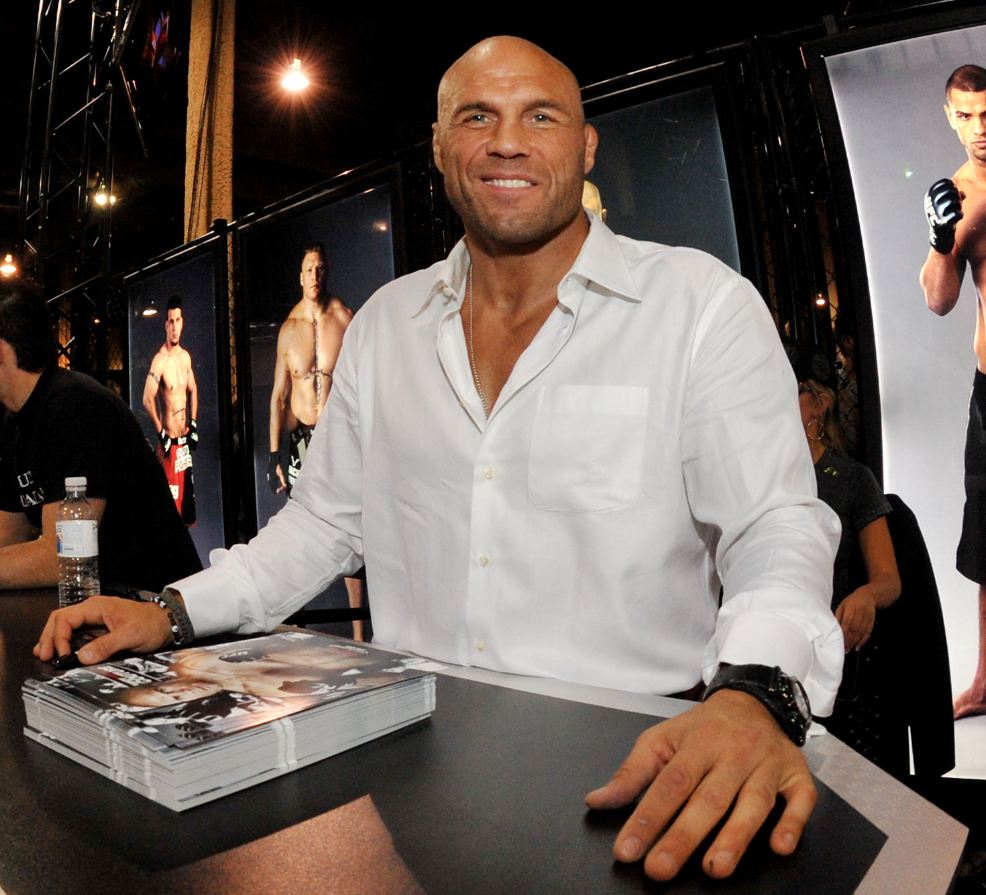 See "The Natural" If
you can't make it to Vegas, you can still see Couture -- plus a cast of
fellow badasses including -- Sylvester Stallone, Dolph Lundgren, Bruce
Willis, Arnold Schwarzenegger and Chuck Norris -- in last week's
number-one movie, "The Expendables 2," in theaters now. Already watched it? See "Lawless" instead, starring Tom Hardy, an MMA-fan-favorite from his turn in "Warrior." 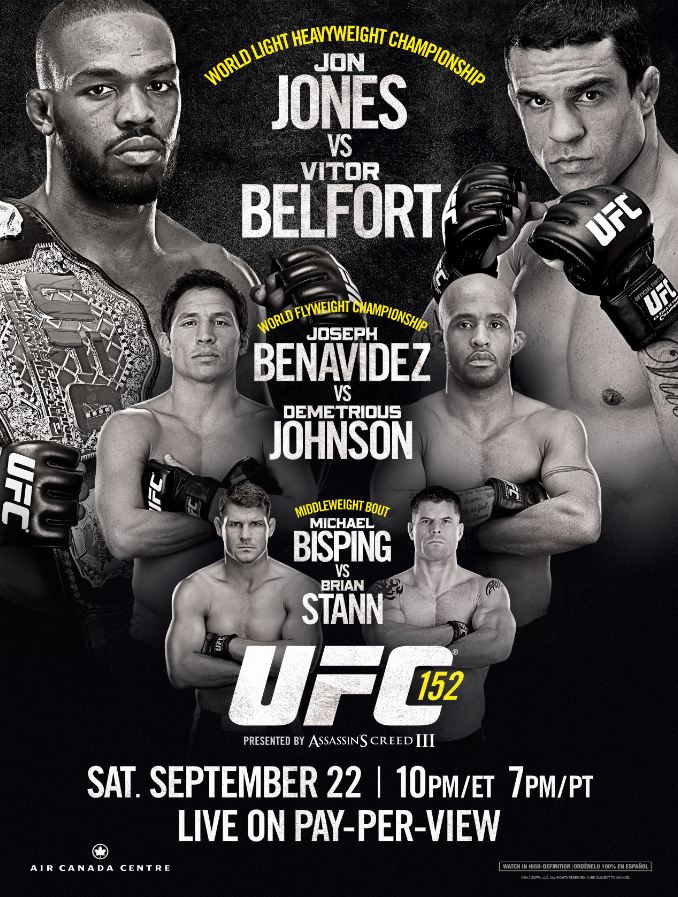 Prep for UFC 152 UFC
151 may go down in history as the event that never happened, but UFC
152? Definitely on. Get psyched for what Toronto holds by watching
fights from its biggest stars. UFC.com has two free bouts to take in: Benavidez vs.Urushitani and Jones vs. Shogun. Jon Jones' YouTube channel hosts videos of the youngest champ in UFC history. And UFC.tv offers more Octagon selections from Jones, Joseph Benavidez, Vitor Belfort and Demetrious Johnson.

Catch Some Killer KOs
Nothing puts an exclamation mark on a fight more than a jaw-dropping,
opponent-flooring knockout. So fire up your gaming device, because the
Explosive KOs collection on Sony PSN and Xbox LIVE brings you the best of the best, from a one-punch finish from Dan Henderson to a comeback victory by Frankie Edgar to a ninja-kick KO from Anthony Pettis.

♦ Go to a Fight UFC 151 is off, but there are multiple amateur events going on around town where you can see the stars of tomorrow. Vegas' Tuff-N-Uff -- which counts Ronda Rousey, Jon Fitch, and Aaron Riley among its alumni -- is holding an event on Sunday night. Bonus: Lots of local fighters mean you've got a good shot of spotting UFC stars in the crowd and corners. King of the Cage is also in town with a fight card Saturday night. 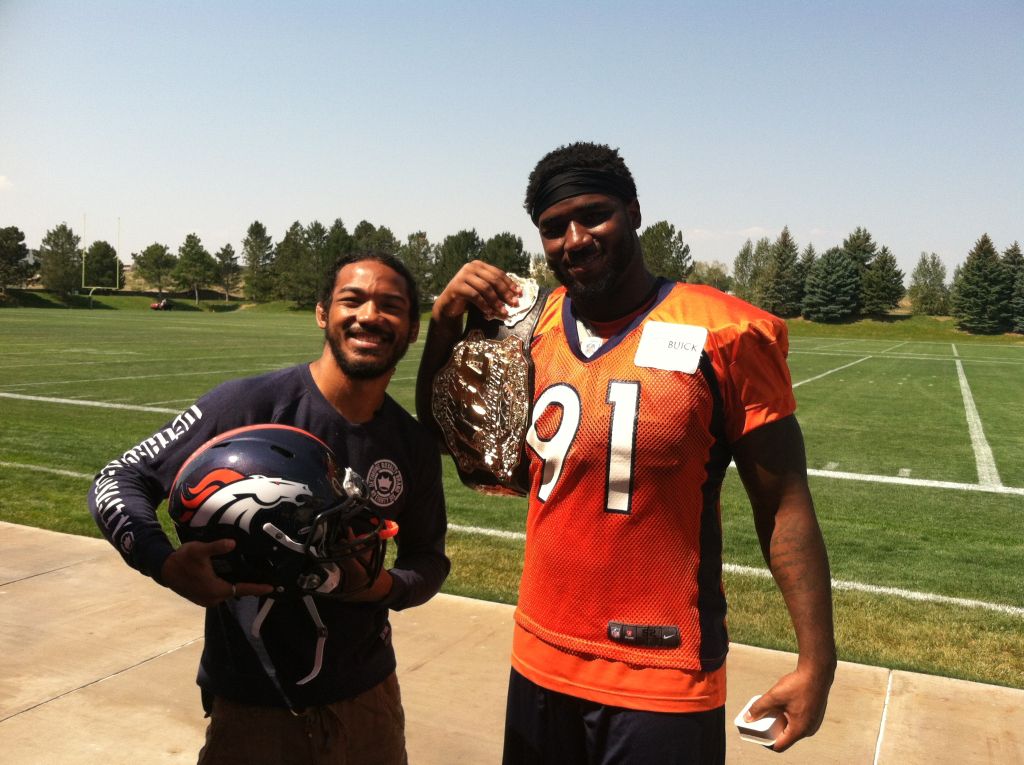 Immerse Yourself in that *Other* Sport MMA is yearround, (give or take a Saturday in September) but the first football game of fall only happens once every 365 days. Use this weekend's found hours to finalize your fantasy league picks before the season starts next week.

♦ View Some Mixed Martial Art Xyience is hosting an art show on Friday featuring pieces by Dan Hardy, Mac Danzig and Brittney Palmer. Come to the afterparty at The Lady Silvia (900 S. Las Vegas Blvd.) at 9 pm, or follow Xyience on Facebook for a chance to win tickets to the VIP red carpet event.

Stuff Yourself with TUF Get ready for the new season of The Ultimate Fighter -- premiering in just two weeks! -- by catching up on past episodes and seasons on ufc.tv. You can also see the entire season of TUF Live for free at UltimateFighter.com. 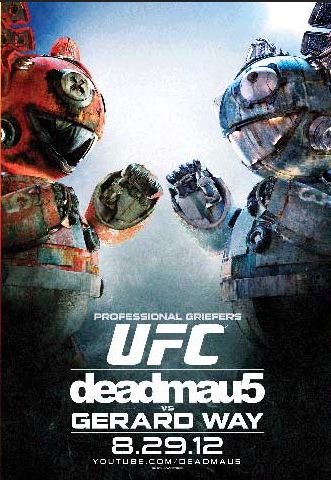 ♦ Afterparty On Electronic artist deadmau5 -- recently seen inside the Octagon in his video "Professional Griefers" -- performs Saturday night at Tryst Nightclub (3131 Las Vegas Blvd S., inside the Wynn). The show was supposed to double as the official UFC 151 afterparty; think of it as its wake instead.

Have Some PRIDE Which sounds better, sitting in holiday traffic or sitting on your couch watching soccer kicks? Thought so... Grab a drink and get comfy, because the Best of PRIDE Fighting Championships marathon starts Friday at 7 p.m. ET/4 p.m. PT on FUEL TV, with more fights and highlights on the FUEL TV website.

Hit the Gym  If you live near Corona, Rosemead, Concord or Torrance, Calif. or Honolulu, visit UFCGym.com for a free 8-day pass to your local UFC Gym. UFC Gym members in Corona can bring in their families and friends all weekend for free to take part in the Labor Day events.

Wing it. Read a book. Call a friend. Go outdoors. Enjoy life. We'll be back in three weeks.