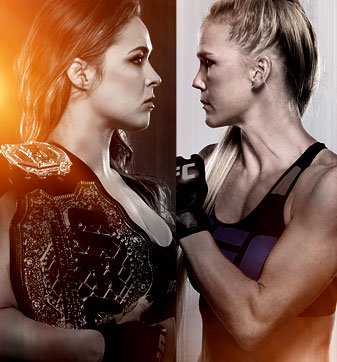 After having just four events between September and October combined, there are four events spread across four continents on the schedule for November. So while the previous two months make picking 10 fights to highlight a little challenging, this month offers a plethora of contests to choose from.

There are certainly more high profile bouts on this card that could be considered, but this pairing gets the nod because it pits two emerging bantamweight talents that are currently under the radar against one another.

Munhoz has earned back-to-back first-round stoppage wins since suffering the first and only loss of his career in his short notice UFC debut against Raphael Assuncao, but he’s been out of action since his win over Jerrod Sanders last October in Nova Scotia.

After coming up short in his bid to make it on to Season 14 of The Ultimate Fighter, Rivera went back to wrecking shop on the Eastern seaboard. He got a call to replace Ian Entwistle opposite Marcus Brimage in Glasgow this summer and the 26-year-old Team Tiger Schulmann student made the most of his opportunity, starching Brimage in less than 90 seconds.

Now they collide on the preliminary portion of this card with the potential of breaking into the bantamweight rankings hanging in the balance. Although there are more established names on this card, don’t sleep on these two emerging threats setting the tone of the card early.

Speaking of up-and-coming bantamweights that everyone should be paying attention to, Almeida and Birchak have the potential to light the cage on fire in their main card matchup.

Birchak rebounded from losing his UFC debut to starch Joe Soto in his sophomore appearance to reclaim his position as one to watch in the 135-pound ranks. Across the cage, Almeida stands as one of the brightest prospects in the sport – a 24-year-old Brazilian with a 20-0 record with the last three of those victories coming inside the Octagon.

Where the Munhoz-Rivera bout will elevate the winner into the Top 15, the winner of this one could find themselves in title contention in 2016.

As much as the young bantamweights on this card offer the most future potential, it’s impossible to look at this card and not discuss the veteran headliners who will square off for a third time here.

The 45-year-old Henderson is coming off a 28-second knockout win over Tim Boetsch in June that reminded everyone of the type of power the cagey veteran still carries in his hands. While he’s just 3-5 in his current UFC run, Henderson has consistently faced the best in the division – in two different divisions – and that’s no different here. As for Belfort, this is his first bout since his UFC 187 loss to Chris Weidman on Memorial Day weekend and just his second fight since knocking out Henderson in November 2013.

“The Phenom” is aiming to show that he’s still a contender in the middleweight ranks, while Henderson is looking to extend his time in the sport even further by taking the rubber match in his series with Belfort.

A little less than two years ago, these two heavyweights shared the cage in the main event of a UFC Fight Night event in Brisbane and produced one of the most entertaining clashes the division had seen in quite some time. Over 25 minutes, these two knockout artists hit each other with numerous haymakers, but neither man wavered.

Now they’ll run it back in the middle of the UFC 193 main card. Not bad, right?

After falling to Andrei Arlovski and Frank Mir in consecutive contests, Silva rebounded with a dominant effort of his own, stopping Soa Palelei early in the second round at UFC 190. Hunt, meanwhile, is looking to bounce back from a crushing loss to Stipe Miocic in May and looks to be in tremendous shape heading into this one.

Regardless of recent results, the big boys always draw eyeballs and if these two can recapture even 75 percent of the magic from their first meeting, this one will be outstanding.

Joanna Jedrzejczyk vs. Valerie Letourneau for the UFC strawweight title

Heading into UFC 185 in Dallas, she was the title challenger to inaugural champ Carla Esparza and one of the lesser-known main card participants. Coming out of the March event, Jedrzejczyk was a UFC champion and a star-on-the-rise, her undeniable charisma putting her squarely in the spotlight. Three months later, she was the star of the show in Berlin, charming the crowd and dominating Jessica Penne to defend her title.

While the champion is a young star with a bright future, the challenger is a veteran that has managed to work her way into title contention without much fanfare.

Letourneau was an unheralded addition to the women’s ranks when she debuted with a win over Elizabeth Phillips at UFC 174 and remained so when she dropped to strawweight and defeated Jessica Rakoczy earlier this year in Montreal. But after a dominant decision win over previously unbeaten Maryna Moroz in August, the 32-year-old whose only loss in her last eight was a split decision setback against top contender Claudia Gadelha earned herself a title shot.

This should be a spirited striking battle with Jedrzejczyk’s smooth technical prowess pitted against Letourneau’s gritty, unrelenting counterattacks.

This was the fight everyone was looking ahead to when Holm arrived in the UFC and now it’s here.

Rousey has been a force of nature and appears to still be getting better. The reigning champion has needed just 130 seconds to win her last four fights. You read that correctly – 130 seconds, four fights. Last time out, Rousey showcased her improving striking, knocking out Bethe Correia in Rio de Janeiro, and while it wasn’t the drawn out beating she promised, it was no less impressive.

A multiple-time world champion boxer, Holm was tabbed a potential threat to Rousey’s reign before she even signed with the UFC and though her first two showings haven’t been dominant, “The Preacher’s Daughter” has continued winning and has the kind of understanding of range, space and footwork that is essential to contending with what the champion does in the Octagon.

The flyweights may not be atop the marquee, but this one might have the most immediate significance of any fight on the card.

Formiga, currently ranked No. 3 in the division, has won three straight and four of six in the UFC, with his only setbacks coming against championship challengers John Dodson and Joseph Benavidez. Across the cage, Cejudo is an Olympic gold medalist with a perfect record and his sights set on the flyweight title.

With the way titleholder Demetrious Johnson has dispatched challengers, the winner of this one could very well find themselves fighting for the belt in the first half of 2016. The Brazilian has the edge in experience and the submission game, while Cejudo should be the stronger of the two in the striking department.

Whoever wins exits with four-straight victories in the UFC and their name near or at the top of the short list of title contenders in the 125-pound ranks.

Following a one-fight sabbatical to the middleweight division, Gastelum was called back to welterweight for this main event matchup in Monterrey. The former Ultimate Fighter winner looked great in his fight at 185 pounds, picking apart one-time title challenger Nate Marquardt, but Gastelum has always maintained that he’s a potential champion in the welterweight division and this is his chance to prove it.

Brown is as gritty and durable as they come; a veteran who battled back from the brink of being cut to become a contender and someone that isn’t going to wilt at any point in any fight against any opponent. “The Immortal” rebounded from consecutive losses to Robbie Lawler and Johny Henricks with a first-round submission win over Tim Means in July and will be focused on maintaining his place in the pecking order by turning back Gastelum in this one.

A fixture in the Top 10, Kim is 4-1 in his last five, but remains on the outside looking in when it comes to contenders in the UFC welterweight division. Last time out, “Stun Gun” stopped Josh Burkman at UFC 187, submitting the veteran with an arm triangle choke midway through the third round.

After being a tough out and unsung member of the lightweight ranks for a number of years, Masvidal moved up in weight and collected a first-round TKO win over Cezar Ferreira in his UFC welterweight debut. Now “Gamebred” is looking to break into the Top 15 by venturing to his opponent’s backyard in hopes of picking up a second straight win in his new weight class.

When Brandon Thatch needed a dance partner on short notice back in February, Henderson, fresh off a frustrating loss to Donald “Cowboy” Cerrone, stepped up and made his welterweight debut. Following a rocky start in the Rocky Mountains, “Smooth” did what he did so often during his time at lightweight – he found a way to win, dragging Thatch to the canvas and submitting the dangerous striker late in the fourth round.

Now he’ll square off with a former title challenger looking to get back into the mix once again in Alves.

After collecting a second-round stoppage win over Jordan Mein in January, the American Top Team product welcomed Carlos Condit back to the Octagon and came out on the wrong side of the battle, suffering a broken nose that prompted the bout to be stopped after 10 minutes.

Despite the setback, Alves has shown in his three fights since returning from a two-year layoff that he’s still a threat in the 170-pound weight class and now Henderson gets his chance to prove that his win over Thatch wasn’t a one-off and that he’s capable of challenging for gold at welterweight as well.