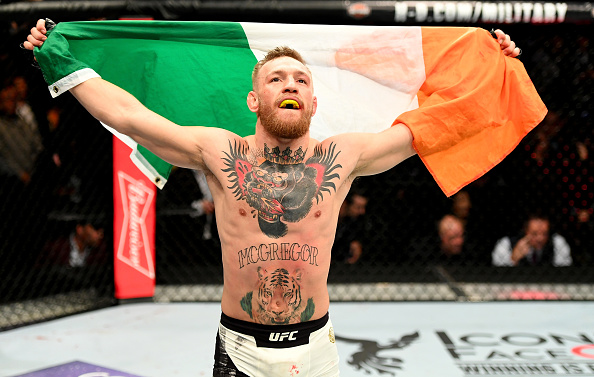 Given that the next time you see the Octagon it will be in Rotterdam, and that two of the seven fight cards scheduled in September and October will take place on European soil, now feels like a really good time to run down the top European talents to compete under the UFC banner.

Before getting to the collection – which includes five current or former champions and athletes who have competed in seven divisions, a point of clarity: this is based on success in the Octagon, not just all-time status.

For example: Mirko Cro Cop is one of the greatest heavyweights of all-time. However, he went 5-6 combined over three different runs in the UFC and didn’t make the cut.

Here are the athletes that did.

This is The 10: Top European Fighters

Arlovski represents the past and present of the UFC heavyweight division – an early standout and former champion who shared the cage with the likes of Ricco Rodriguez, Pedro Rizzo and Tim Sylvia who returned for a second act to face a collection of today’s top talents, including current champ Stipe Miocic, former champ Frank Mir and future contender Francis Ngannou.

“The Pit Bull” was an elite competitor upon arrival in the UFC and he enjoyed a second act that saw him rattle off four-straight wins, including an epic one-round dust-up with Travis Browne, after returning to the fold. 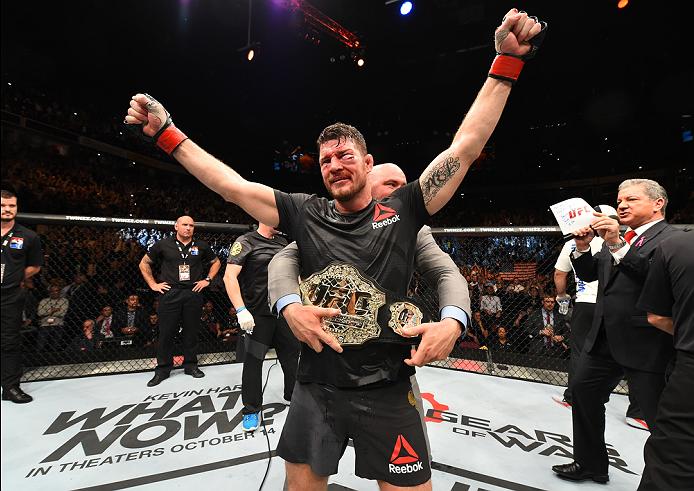 The current middleweight champion has the most wins in UFC history and is tied for the most Octagon appearances. He won Season 3 of The Ultimate Fighter at light heavyweight, has been a main card talent throughout his entire career, a headlining act for much of that time and he’s spent the last decade doing work against the best fighters in the world.

Love him or hate him, Bisping is one of the most consistent and accomplished fighters to ever compete in the UFC and easily one of the top European representatives of all-time.

In a different time, “The Mauler” might be in the middle of a lengthy reign atop the light heavyweight division. As it is, Gustafsson has to settle (for now, at least) for being an elite talent who has pushed both Jon Jones and Daniel Cormier to their limits in classic championship encounters.

The Stockholm native has become one of the biggest European stars in the sport and has been an elite contender in one of the UFC’s marquee divisions for the last five years, amassing a 10-4 record that includes dominant victories over perennial contenders Glover Teixeira and Jimi Manuwa and former champ Shogun Rua. 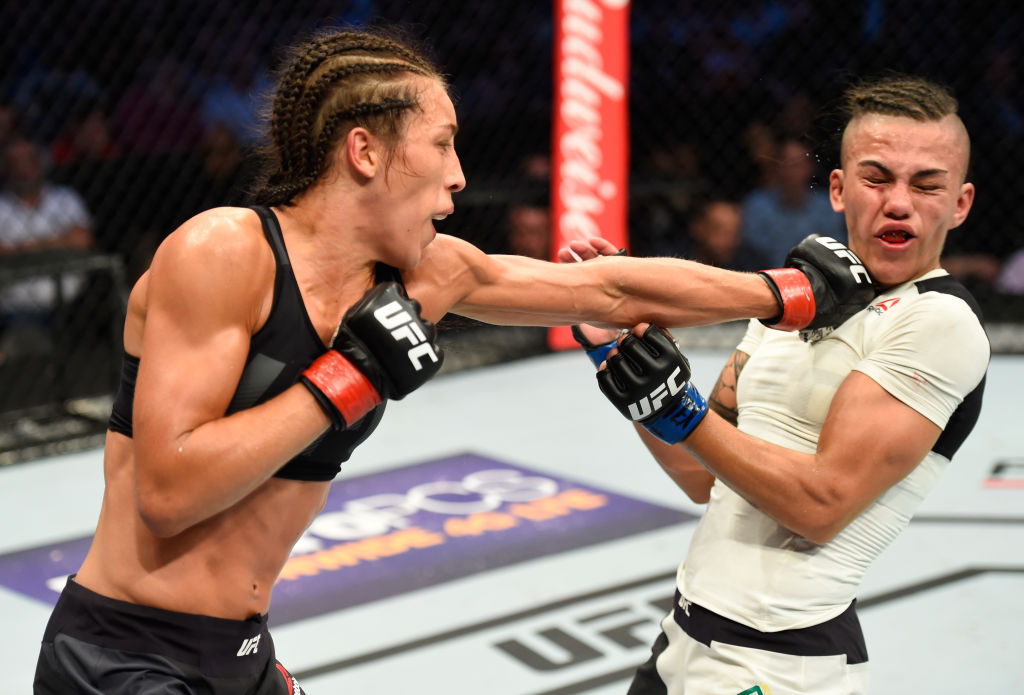 The first European female to wear UFC gold, Jedrzjecyzk has been a dominant force in the strawweight division and continues to get better. Her last three outings against Claudia Gadelha, Karolina Kowalkiewicz and Jessica Andrade have been the best performances of her career and as she continues to work with the all-star cast of coaches and training partners at American Top Team, it’s not inconceivable to think that “Joanna Champion” will take her talent to another level in the future.

Already beloved by the hardcore set for her vicious style in the cage and playfully charming personality when the gloves are off, the Polish champion has superstar potential and could go down as the greatest female fighter in UFC history before her career is over.

Though his focus is currently on fighting Floyd Mayweather on Aug. 26 at T-Mobile Arena, McGregor is without question among the best fighters from Europe to ever grace the Octagon.

The first man to hold championship belts in two weight divisions simultaneously, “The Notorious” one has become the biggest star in the sport in a little over four years. From his endearing request for a bonus check following his debut win over Marcus Brimage to accomplishing his goal of claiming gold in two weight classes, McGregor has been a force of nature from the minute he touched down in the UFC.

No matter what comes next, his impact is undeniable.

When you’re unbeaten in the UFC and have spent the last couple years on the brink of a title shot in the deepest, most talented division in the sport, you’re making this list.

Nurmagomedov might be the best fighter in the UFC right now that is yet to fight for championship gold. Injuries kept him sidelined for two years, while a weight cutting issue scuttled his highly anticipated showdown with Tony Ferguson earlier this year, but “The Eagle” is expected to be back in action before the year is out.

Since he stopped Brock Lesnar in a little over two minutes in his Octagon debut at UFC 141, Overeem has been one of the elite contenders in the heavyweight division. Though there have been some stumbles and setbacks, few fighters have faced a more daunting collection of competitors than the Dutch superstar has during his 12-fight tenure.

He’s reinvented himself since connecting with the team at Jackson-Wink MMA in Albuquerque, and having already collected a pair of victories since his championship loss to Miocic last September in Believeland, “The Reem” has put himself back in contention. With wins over five former heavyweight champions and a permanent spot in the Top 5 since the day he arrived, it’s tough not to consider Overeem as one of the top European talents in UFC history.

Including “El Guapo” on this list might be controversial to some, given that Rutten only fought in the UFC twice, but it’s undeniable that the charismatic Dutch pioneer (and UFC Hall of Famer) made an impact in his limited run.

After collecting a come from behind stoppage win over Japanese stalwart Tsuyoshi Kohsaka in his promotional debut at UFC 18, Rutten took on Kevin Randleman for the vacant heavyweight title four months later at UFC 20 in Birmingham, Alabama, winning a controversial split decision to become the champion. 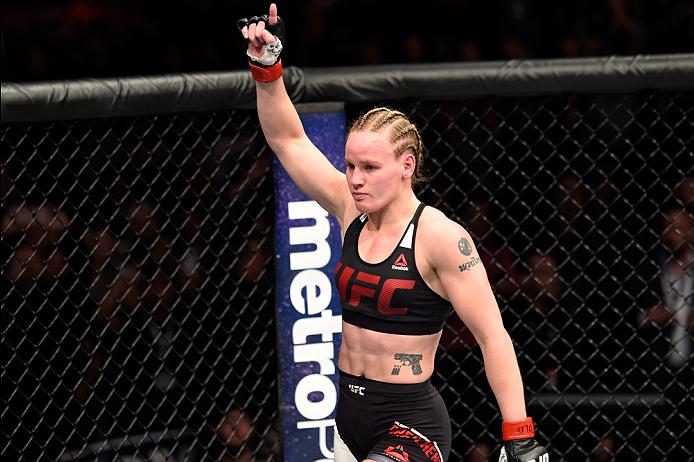 In less than a month’s time, Shevchenko will get the chance to avenge her loss to Amanda Nunes when the two battle for the women’s bantamweight title at UFC 215 in Edmonton, Alberta.

It’s the only blemish on an otherwise sterling UFC resume for the Kyrgyzstan-born standout, who debuted with a short-notice win over Sarah Kaufman and has earned back-to-back victories over former champ Holly Holm and TUF winner Julianna Pena heading into her rematch with “The Lioness.”

While she only has four UFC appearances under her belt, Shevchenko’s “strength of schedule” is second-to-none and in less than four weeks, she could very well be the women’s bantamweight champion.

When Struve takes on Alexander Volkov in the main event of next month’s Fight Night event in Rotterdam, it will be his 19th appearance in the Octagon – a staggering fact given that the Dutch heavyweight is still just 29 years old and missed nine months of action earlier in his career due to a health issue.

The “Skyscraper” is one of only two men to defeat current heavyweight champion Stipe Miocic and he’s been a fixture in the big boy division since he was a fresh-faced 21-year-old getting thrown in with future champ Junior Dos Santos in his debut. Since then, Struve has put together a 12-5 mark with wins over Miocic, Hall of Famer Antonio Rodrigo Nogueira and “Bigfoot” Silva.