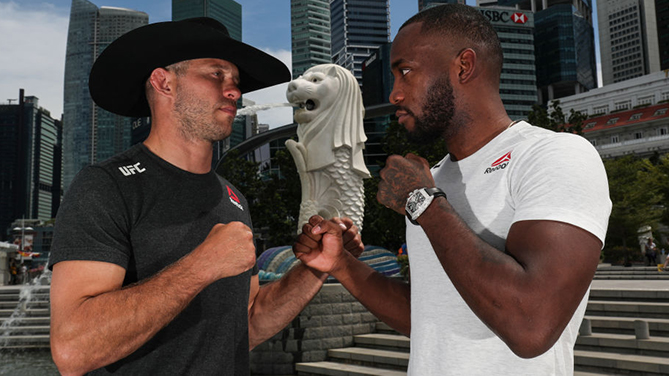 Depending on where you sit in the world, it will either be an early morning or late night when UFC Singapore begins on UFC FIGHT PASS at 4:30am ET / 1:30am PT on June 23. But no matter what time zone you’re in, get ready for a full slate of fights that will feature top contenders, rising stars and everything in between. In other words, here are your ten reasons to watch UFC Singapore.

If there’s any fighter worth getting up at 8am eastern time on a Saturday morning (the time the UFC Singapore main card begins) to see, it’s Donald “Cowboy” Cerrone. Competing in his third consecutive main event, the Colorado native is in this slot for a reason and it’s because win or lose, he always shows up to fight and put on a show. That’s usually the recipe for a short career in the fight game, but when Cerrone steps into the Octagon next week, he will move into second place on the all-time list for UFC bouts fought. And if he beats Leon Edwards, he will break his tie with Georges St-Pierre and Michael Bisping and become the fighter with the most wins in UFC history. Yeah, this “Cowboy” ain’t going anywhere.

With a win at #UFCSingapore, @Cowboycerrone will hold the all-time record for @UFC wins with

With a KO/SUB, he will also have the most finishes -

Edwards Arrives
Leon Edwards doesn’t make a lot of noise. He trains hard, makes weight, fights, and wins. It’s a refreshingly old school approach to fighting, and in a lot of ways, it makes his main event with Cerrone the perfect throwback fight. More importantly for Birmingham, England’s “Rocky,” a win on June 23 will be his sixth in a row, and if you don’t know about him now, you will. 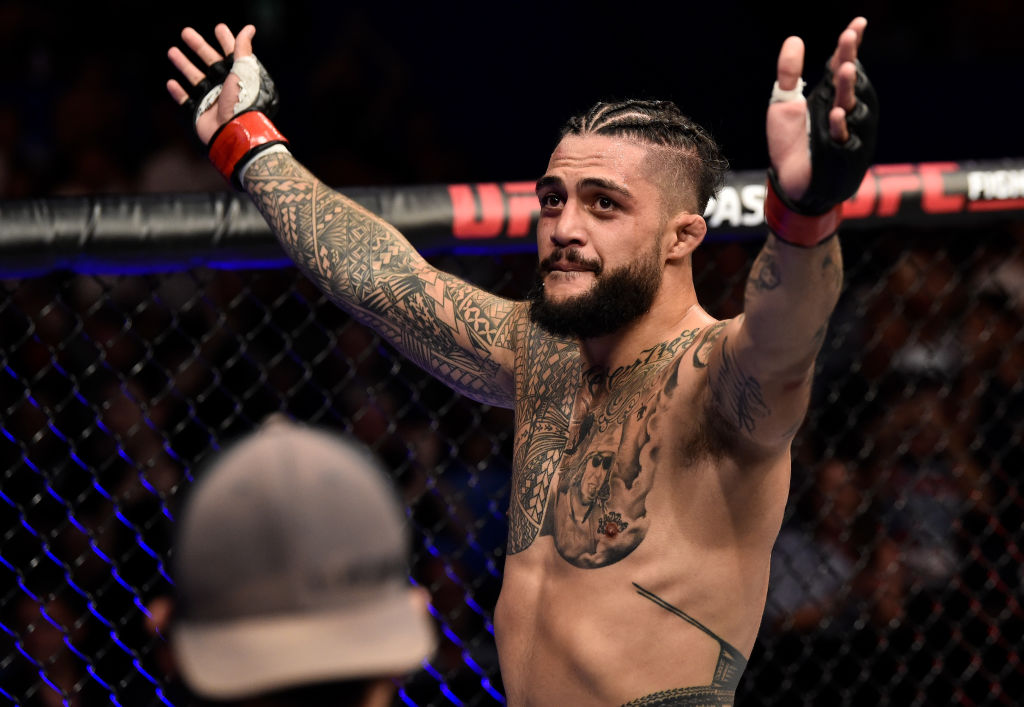 The light heavyweight scrap between Tyson Pedro and Ovince Saint Preux in the UFC Singapore co-main event, but I could see it being a main event for a Fight Night in Australia or Tennessee. That’s how important this matchup is for the 205-pound weight class, where Pedro (#13) and OSP (#7) both sit in the top 15. And stylistically, this is a can’t miss and a real pick ‘em fight. Pedro and Saint Preux have both looked like world beaters at times, but they’ve also had moments where they didn’t look ready for prime time. Well, prime time is a week from Saturday, and expect these contenders to bring it.

The Battle of the Jessicas
As our own E. Spencer Kyte wrote, the matchup between flyweights Jessica Eye and Jessica-Rose Clark has the potential to “steal the show and vault the winner into title contention.” Can’t say much more than that, other than to note that given the styles of Eye and Clark, this one can heat up in a hurry and end up with both ladies leaving Singapore with a Fight of the Night bonus. 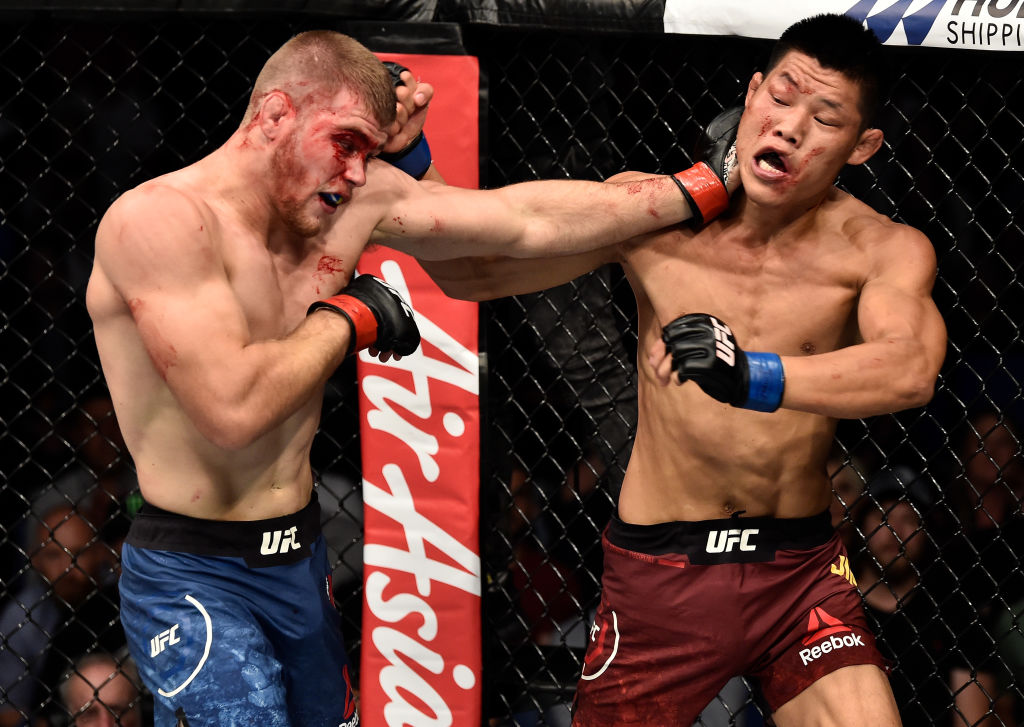 There are a lot of intriguing matchups on the UFC Singapore card, but the one I’m looking forward to the most pits Li Jingliang against fellow welterweight up and comer Daichi Abe. Both have heavy hands and aren’t afraid to throw them, and while Abe is a top prospect from Japan, I’ve got to wonder whether it’s too much too soon with Li, who comes into the main card opener with more UFC fights (nine) than Abe has fights (seven).

Asian Invasion
Japan used to be the hotbed for MMA fighters competing on the world stage, but in recent years, China, South Korea and the Philippines have thrown their hats into the mix as well. On the UFC Singapore card, 13 fighters of Asian descent take to the Octagon to remind fight fans that they’re here and ready to make their run for the big fights in the UFC in the coming years.

Petr Yan
One of those fighters looking to make his mark is Russia’s Petr Yan. Yan’s grandfather is Chinese, putting him in with the aforementioned group, and he’s someone fight fans have been talking about for a while now. Owner of an 8-1 pro record that includes four finishes, Yan avenged his only pro defeat against Magomed Magomedov, and he’ll be trying to extend his current three-fight winning streak when he faces Teruto Ishihara.

Jake Matthews is only 23 years old. That’s scary because it seems like he’s been here forever. Thankfully for the Aussie, he’s already gone through those rollercoaster days where people were questioning whether he had championship potential and he’s come out the other side, winning two in a row in his return to welterweight. He’s got a tough matchup in Singapore against Shinsho Anzai, but the bandwagon is filling up again for “The Celtic Kid,” so get your seat now. 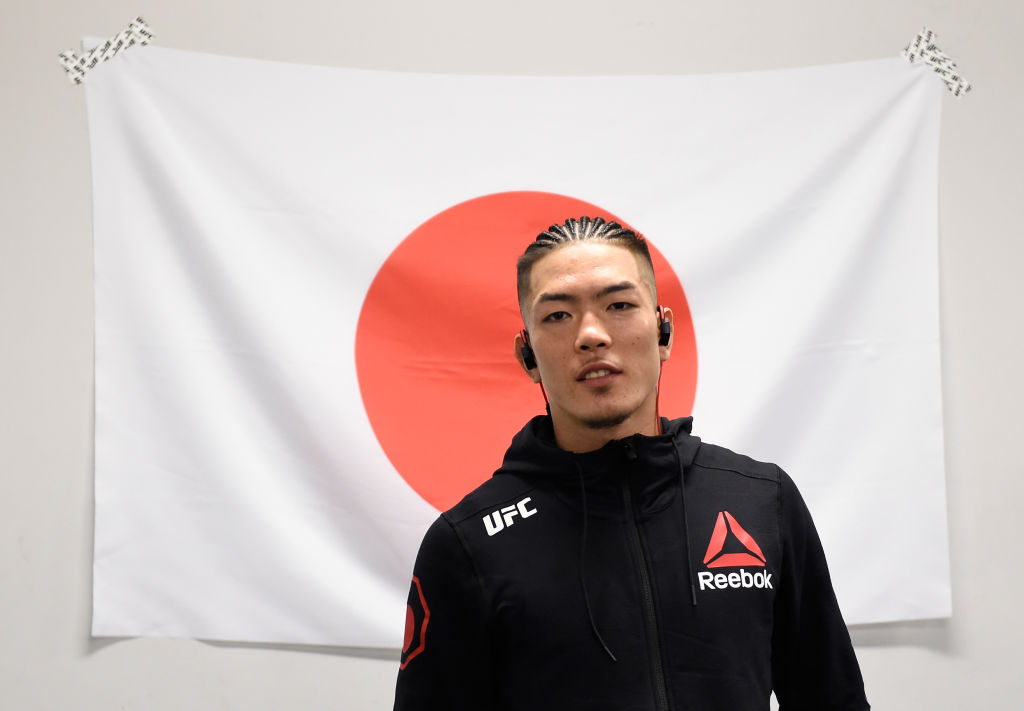 When Teruto Ishihara blasted out Julian Erosa and Horacio Gutierrez and capped off his knockout wins with interviews that proclaimed his love for the ladies, he was the greatest thing to hit the lower weight classes in years. Then things got a little funky for “Yashabo,” who has lost three of his last four, none of those fights showing off his finishing power and flair. That could all change when he meets Yan in a bout that should push the Team Alpha Male standout to return to his roots and start swinging hammers again.

Song Kenan
When someone ends their UFC debut in 15 seconds, you want to see that someone in the Octagon again as soon as possible, so on June 23, we get our second look at Song Kenan, who will attempt to follow up his knockout of Bobby Nash with another highlight reel performance against newcomer Hector Aldana. And if he does it again, look out.