The 10: Greatest events in UFC history

With UFC 205 quickly approaching and the assembled collection of fighters set to compete at Madison Square Garden on November 12 primed to make it the biggest event in UFC history, what better time than now to run back a list of the stellar shows that can also claim membership in that exclusive club?

Here they are in chronological order, because ranking them is completely subjective and an internet fight I’m not interested in having at this moment.

You have to start at the start; there is no way around it. 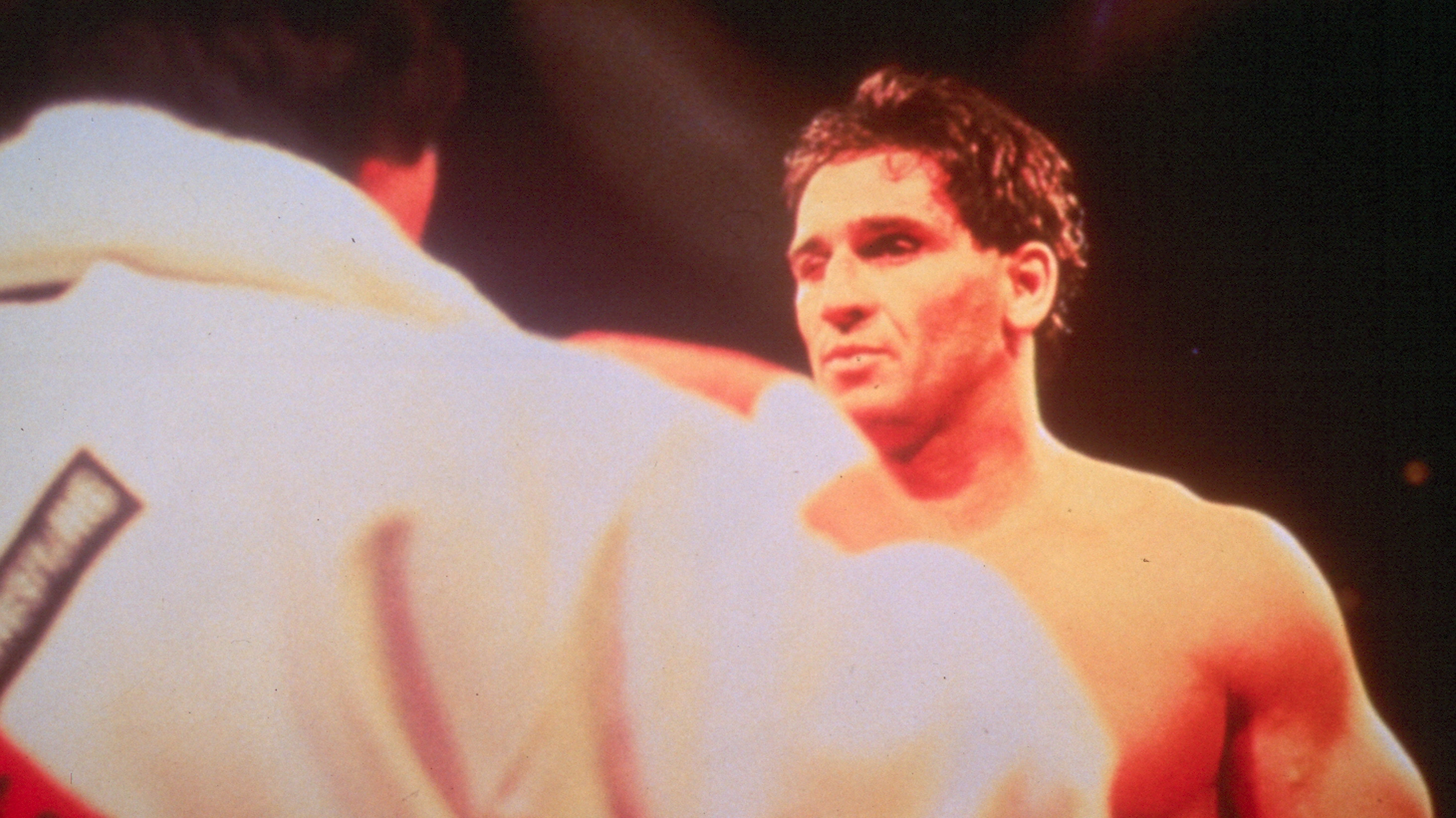 Not only did the initial eight-man tournament at McNichols Sports Arena in Denver, Colorado add the letters “UFC” into the sports and mainstream media lexicon and put mixed martial arts on the map, it was also the event that inspired a large number of athletes who eventually earned their way into the Octagon and the annals of UFC history to pursue the sport.

UFC 1 also introduced people to a pair of fighters who would become synonymous with the sport and integral to its growth during the earlier years: Ken Shamrock and Royce Gracie. The former looked the part of who you would envision when picturing “The World’s Most Dangerous Man,” with his chiseled physique and permanent steely glare, while the latter showed everyone, including Shamrock, that looks can be deceiving, as the smallest member of the Gracie family became the sport’s first superstar.

If this one doesn’t make your list, I don’t know what to tell you. I know lists are subjective, but if you’re running down the biggest events in UFC history, how can you not include a card that featured: 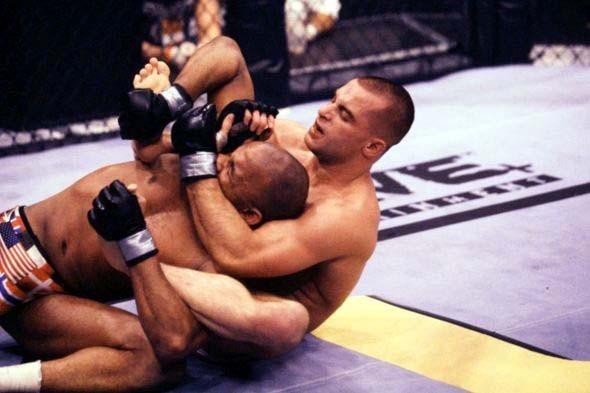 This may not be one that immediately jumps to mind for many people, but hear me out. 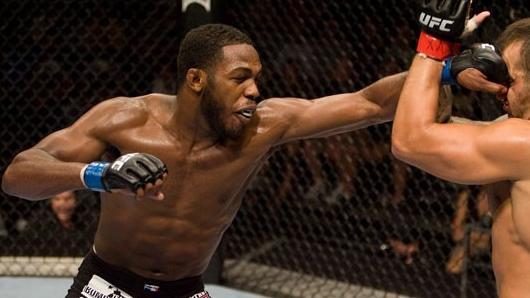 First, you had Georges St-Pierre beginning his second reign as welterweight champion, taking on a very dangerous Jon Fitch. Secondly, you had Brock Lesnar’s sophomore appearance in the Octagon against Heath Herring. Third, you had some skinny kid from upstate New York named Jon Jones making his debut.

Not only are those three of the biggest stars in UFC history, but this was the event that truly started each of them down the road to superstardom, even if we didn’t know Jones would ascend to the top of the light heavyweight division less than three years later. Why do I feel so confident including this event on this list? See below.

Who won the final two fights on what stood for several years as the biggest, most successful Pay-Per-View event in UFC history? Brock Lesnar and Georges St-Pierre. If things went differently in Minneapolis a year earlier, UFC 100 probably looks a lot different. (Note: Jones was on the card too; he choked out Jake O’Brien) 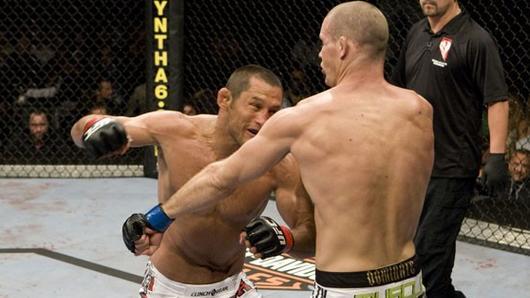 This is another one of those automatic selections because it was the company’s centennial show and it was a gigantic event in terms of buzz and media. But in addition to championship wins from Lesnar and GSP, it also included Dan Henderson iconic knockout of Michael Bisping, a great back-and-forth scrap between Yoshihiro Akiyama and Alan Belcher, plus a bunch of quality fights on the prelims too.

A year after Lesnar snarled into the camera after beating Frank Mir to close out UFC 100, the heavyweight champion returned following his career-threatening bout with diverticulitis and paired off with Shane Carwin in one of the most thrilling heavyweight clashes in UFC history. 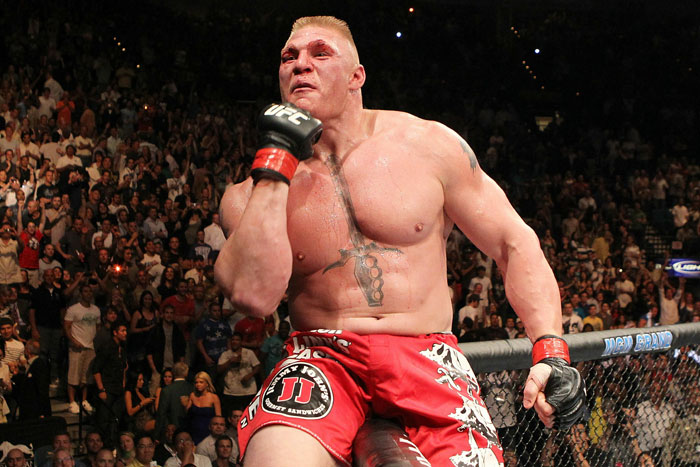 Along with Lesnar’s “survive and submit” performance against Carwin in the headliner, Chris Leben won his second fight in two weeks, a third-round submission win over “Sexyama,” Stephan Bonnar and Krzysztof Soszynski went toe-to-toe in what amounted to a continuation of their fun clash from UFC 110 and Ricardo Romero and Seth Petruzelli delivered eight minutes and five seconds of non-stop fun.

Gerald Harris also damn near slammed David Branch through the canvas as well.

The first event in the province of Ontario was also (at the time) the biggest event in UFC history in terms of attendance, as more than 55,000 people packed the Rogers Centre in Toronto to see Georges St-Pierre defeat Jake Shields and Jose Aldo defend the featherweight title against Mark Hominick. 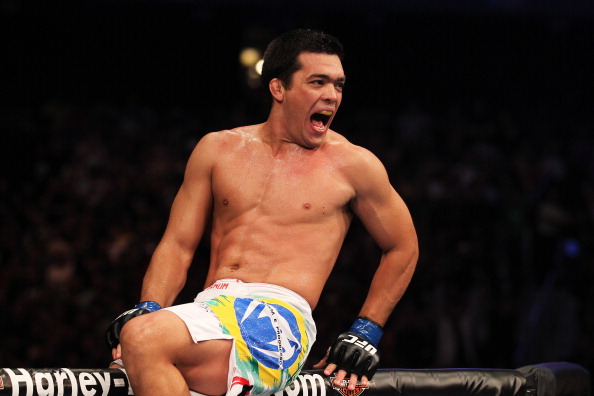 Those may have been the final two bouts on the card, but there were several other highlights as well, including Lyoto Machida going all “Daniel-San” on Randy Couture in the Hall of Famer’s final UFC appearance, veteran Vladimir Matyushenko scoring a 20-second knockout against Jason Brilz, John Makdessi channeling Shonie Carter with his spinning back fist KO of Kyle Watson and Pablo Garza starting the night with a flying triangle choke finish of Yves Jabouin.

Plus, the UFC production staff made terrific use of the giant screens over the cage and longer-than-normal walk the fighters had to make to get to the Octagon to deliver some unforgettable entrances.

When more than 10,000 people turn up to the weigh-ins, you know you’ve got a special event on your hands. With the amount of anticipation that existed for this show, even the late switch from Jose Aldo to Chad Mendes wasn’t going to derail last year’s Fourth of July spectacular in Las Vegas, as the Irish turned out en masse and their charge, Conor McGregor, sent them home ecstatic after he stopped Mendes in the second round.

Of course, there was far more to this event than just McGregor’s interim title win. 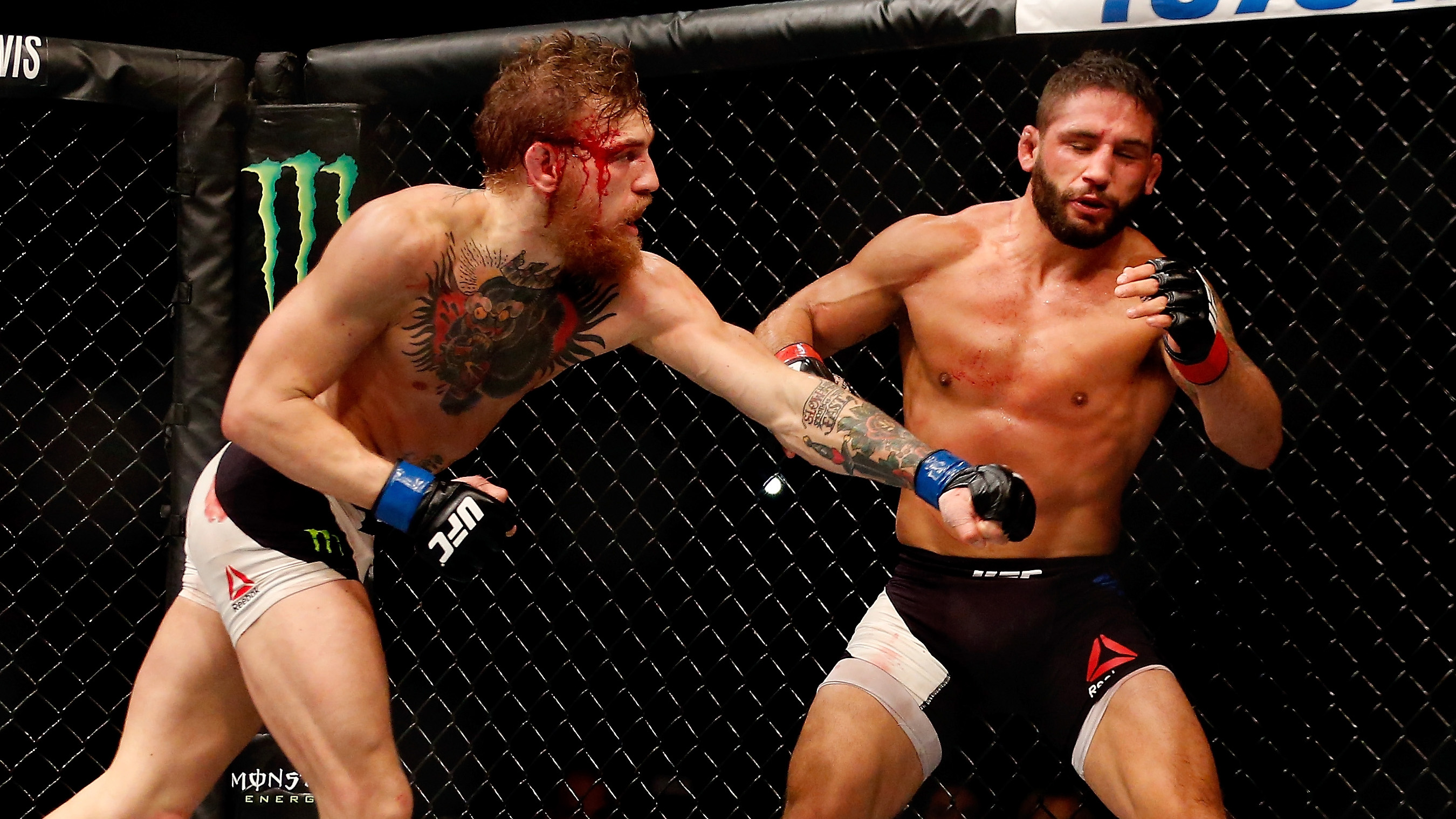 Robbie Lawler and Rory MacDonald engaged in the best fight I’ve ever been privileged enough to watch from press row, Gunnar Nelson stormed through Brandon Thatch and both Jeremy Stephens and Thomas Almeida collected flying knee knockouts on the main card.

The ironic thing about UFC 189 is that the opening five bouts all went to the scorecards and it felt like the highly anticipated card was going to be a dud. It wasn’t. It was amazing.

Five months after the Irish invaded Las Vegas to watch McGregor claim the interim title, they were back to see “The Notorious” one finally square off with Aldo, and after months of anticipation, it was over in 13 seconds. 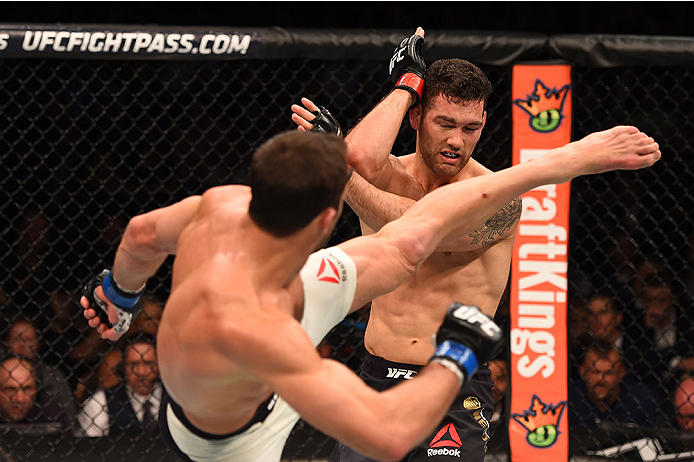 Along with McGregor’s stunning stoppage of the long-reigning Brazilian, UFC 194 also featured Luke Rockhold winning the middleweight title from Chris Weidman, the highly competitive and controversial bout between Yoel Romero and Jacare Souza and dominant efforts from Demian Maia and Max Holloway.

While this wasn’t the final event of the year, it felt like a fitting wrap-up to what had been “The Year of McGregor,” as the Irish superstar completed his quest to claim featherweight gold and it set the stage for what seemed poised to be an exciting year in 2016.

Card changes and controversy will forever be part of the story of UFC 200, but despite a rocky final road to this summer’s debut event at the T-Mobile Arena in Las Vegas, this event remains one of the biggest, most successful cards in UFC history.

And it was still a very entertaining night of fights as well. 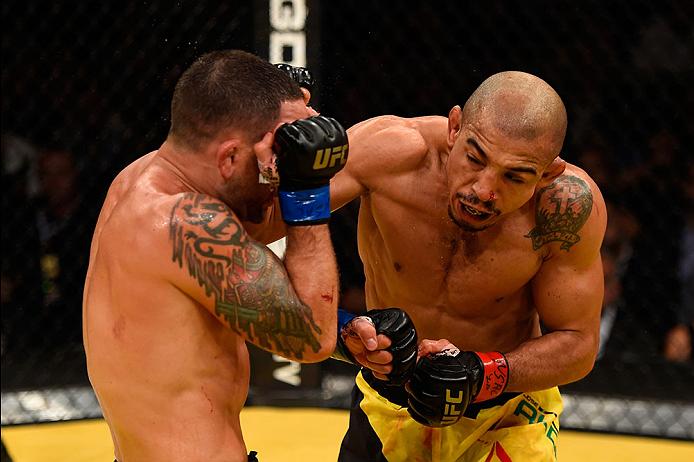 From the trio of first-round TKOs on the UFC FIGHT PASS portion of the card to dominant efforts by TJ Dillashaw, Kelvin Gastelum and Julianna Pena on the televised prelims, the main card had a quality lead-in and, despite all the changes, it didn’t disappoint.

Cain Velasquez looked terrific in rolling through Travis Browne, while Aldo rebounded from his loss to McGregor with an outstanding performance against Frankie Edgar. The return of Brock Lesnar electrified the crowd and then Amanda Nunes turned the women’s bantamweight division on its ear, again, by blistering Miesha Tate right out of the gate en route to wresting away the title with a first-round submission win.

No list of the biggest events in UFC history would be complete without UFC 202. 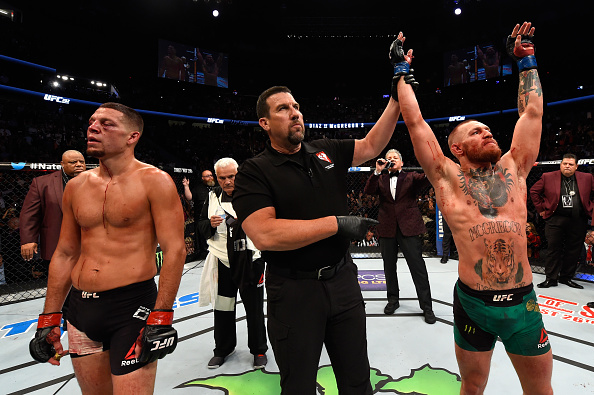 After their first fight came together quickly and burned hot for two weeks straight, the rematch between McGregor and Nathan Diaz had a slow, steady build that reached a fever pitch by the time the two hit the Octagon to close out this show. McGregor got a measure of revenge, winning a unanimous decision over his rival from Stockton and the fans got a second outstanding fight from the two gutsy competitors.

They also got Anthony Johnson showing off his scary power with a 13-second knockout of Glover Teixeira, who previously hadn’t been finished in over a decade, Donald Cerrone going Street Fighter II on Rick Story, Cody “No Love” starching Takeya Mizugaki and calling out Dominick Cruz as the bantamweight champion watched from the broadcast booth and plenty more.