Weight classes and career arcs mean we'll likely never see The Dentist vs. The Grin, The Barbarian vs. The Gentleman or The Count vs. The Duke, but we can all still appreciate Joe Silva and Sean Shelby's attention to detail in putting together the following UFC matchups. 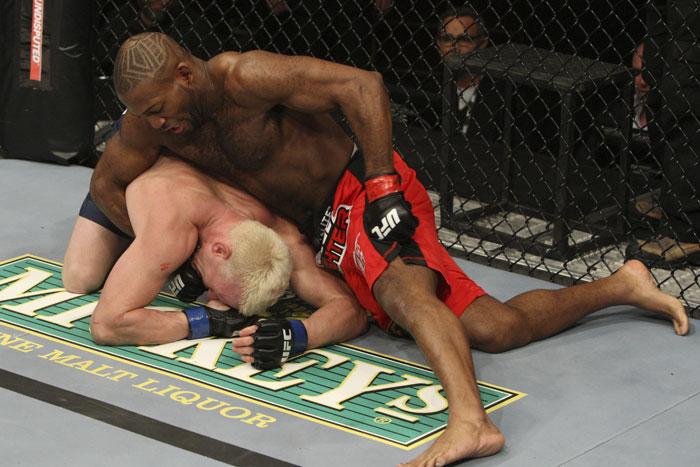 1. Superman vs. Doomsday
The good guys are supposed to win in the end, but after three solid rounds of being controlled on the ground, John "Doomsday" Howard surged to earn a final-seconds TKO over Dennis "Superman" Hallman at the TUF 10 Finale.

2. El Dirte vs. Filthy
The referee tells fighters to keep it
clean, but there was no chance of that happening when Joe "El Dirte"
Doerksen met "Filthy" Tom Lawlor at UFC 113. Doerksen pulled out the win
via the equally-uncouth-sounding rear-naked choke. 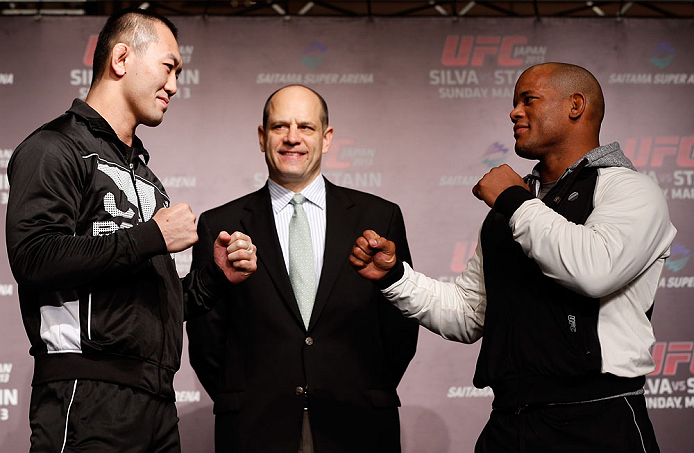 4. Tiger vs. The Gazelle
The Octagon has hosted plenty of animal-kingdom-themed matchups, like The Hippo vs. The Snake and Big Dog vs. the Sabretooth. Yet no pairing was a more perfect metaphor for MMA's predator-and-prey nature than Yves "Tiger" Jabouin's UFC 140 win over Walel "The Gazelle" Watson.

5. The Machine vs. The Korean Zombie
In a post-apocalyptic wasteland, will robots rise or will the undead rule the earth? No way to 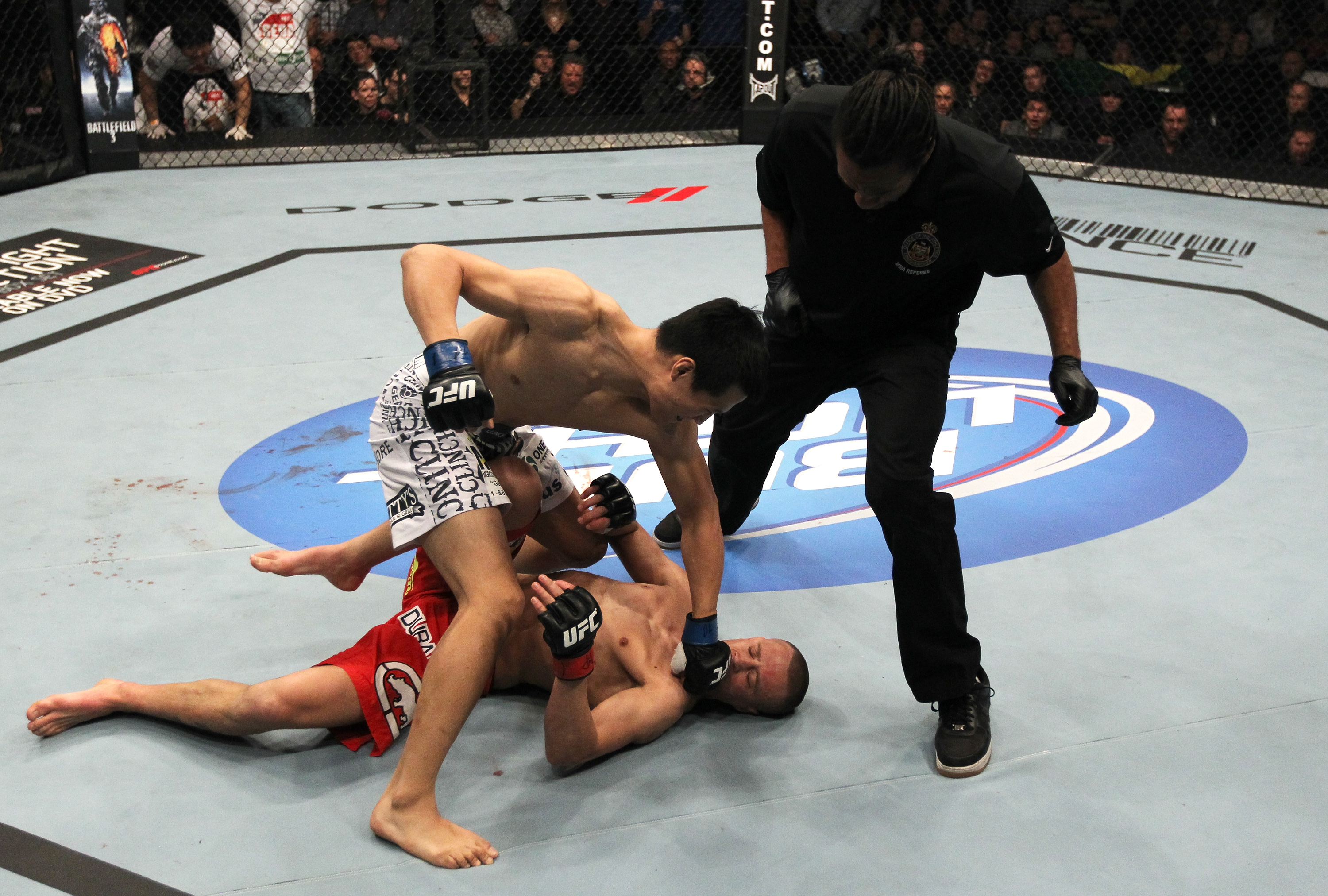 6. The Doberman vs. The Messenger
Score one for the mailman as Jared "The Messenger" Hamman defeated CB "The Doberman" Dollaway in a UFC Live 5 clash built on this decades-old, cross-species rivalry. 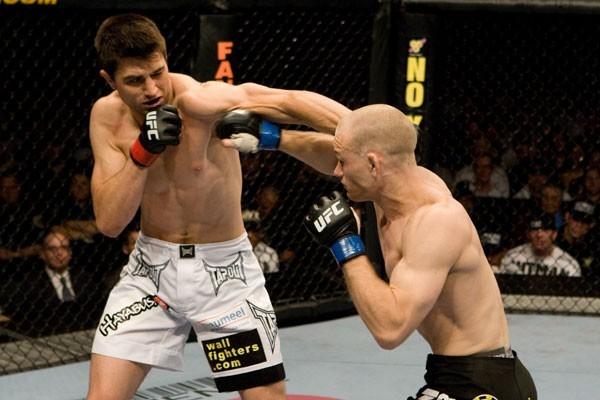 went on a tear,  scored the division's welterweight belt and has only lost once since then, to welterweight king GSP.

9. The Immortal vs. Lights Out
Matt "The Immortal" Brown and
Chris "Lights Out" Lytle's nicknames represent opposite states of human
consciousness. And while Brown didn't go lights out, he did tap out at
the hands of Lytle twice during their careers, most recently at UFC 116.

10. Bang vs. The Damage
An injury stoppage was the unfortunate
-- if foreshadowed -- outcome of the UFC Live matchup between Duane
"Bang" Ludwig and Darren "The Damage" Elkins, which left Ludwig with a
broken ankle.