With the UFC set to arrive in Canada for the first time in 2016 next week – and the first time ever in the nation’s capital, Ottawa – this is the perfect time to take a look at some of the top fighters from the Great White North to ever step into the Octagon.

With all due respect to Harold Howard, Goodridge was the first Canadian fighter to star in the UFC, debuting with a 13-second win over Paul Herrera in the opening round of the eight-man tournament at UFC 8 in Bayamon, Puerto Rico that remains one of the most memorable and devastating finishing sequences in UFC history.

“Big Daddy” would step into the Octagon at four more events in 1996 and once more at UFC 19, but spent the majority of his heyday competing in PRIDE and K-1, racking up more than 80 fights combined between the two.

“The Ronin” was the first Canadian to claim UFC gold, winning the welterweight title from Pat Miletich at UFC 31.

Newton’s reign would be short-lived, as he dropped the strap to Miletich’s protégé, Matt Hughes, in his first title defense at UFC 34 in one of several iconic finishes in Hughes’ lengthy career. But just like Michael Bisping became the first fighter from Great Britain to claim UFC gold Saturday night in Los Angeles, Newton showed Canadian competitors they could compete and achieve greatness at the highest level, an accomplishment that can never be taken away from him and that set the stage for the next athlete on this list. 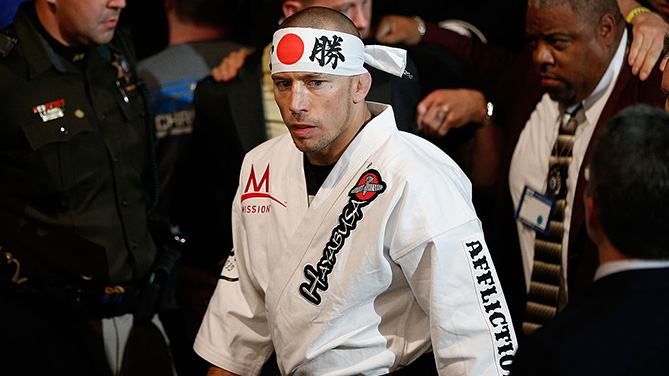 St-Pierre is one of the best fighters in the history of the sport and someone that influenced an entire generation of athletes from Canada and abroad competing in mixed martial arts. The Montreal native went a staggering 19-2 inside the Octagon, stepping away from the sport as the reigning welterweight champion after collecting his 12th consecutive victory – and ninth consecutive successful title defense – in a split decision win over Johny Hendricks at UFC 167.

The fact that rumors of his potential return and the excitement that accompanies those whispers still persist despite the reality that it’s closing in on three years since his last appearance tell you how big a star and how beloved a competitor St-Pierre was and still is to this day.

One of the first from the generation of competitors that grew up training in mixed martial arts instead of an individual discipline, MacDonald has made good on his advanced billing, becoming one of the top welterweights in the UFC today.

“The Red King” holds victories over standouts like Nate Diaz, BJ Penn, Demian Maia and Tyron Woodley, while his bout with Carlos Condit at UFC 115 was electric and his championship clash with Robbie Lawler last summer at UFC 189 is on the short list of the greatest fights in UFC history.

MacDonald returns to action next weekend when he takes on Stephen “Wonderboy” Thompson in the main event of the organization’s inaugural fight card at TD Place in Ottawa. 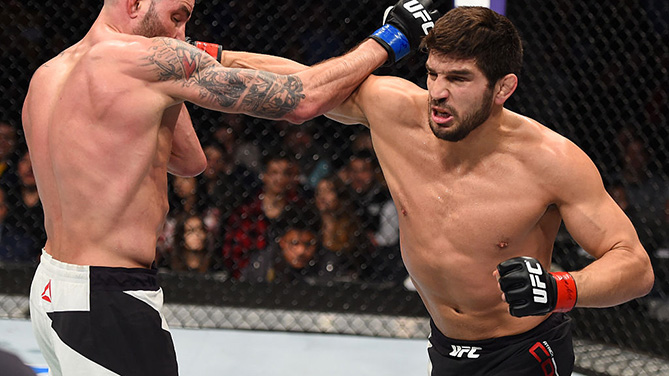 More than a decade after making his UFC debut, Cote is in the midst of a renaissance, carrying the best run of his career into the Octagon at UFC Fight Night: MacDonald vs. Thompson next week in Ottawa, where he faces Donald “Cowboy” Cerrone in the co-main event.

A member of the cast on Season 4 of The Ultimate Fighter and a former middleweight title challenger, Cote is 5-1 since moving down to welterweight and shows no signs of slowing down. With a win over “Cowboy” next weekend, the 36-year-old could even earn himself a place in the Top 15 heading into the second half of 2016.

If you’re looking for an explanation as to why a lightweight with a 9-11 record in 20 UFC appearance is on this list, look no further than Stout’s debut appearance in the Octagon.

That night at UFC 58, the 21-year-old London, Ontario native went shot-for-shot with Spencer Fisher in the first of three battles between the two, earning the victory by split decision. The sequel, which took place 15-months later, was even better, with Fisher getting the nod to level the series at one; Stout would win the rubber match in June 2012.

Regardless of the opponent and previous results, you knew that every time Stout crossed the threshold into the UFC cage, the Team Tompkins product was going to put on a show.

The Underrated One: Alexis Davis

It’s truly unfortunate that some people only associate Davis with her 16-second loss to Ronda Rousey at UFC 175, because that championship setback is the only defeat the 31-year-old Port Colborne, Ontario native has suffered in the Octagon and up until last November, it wasn’t like anyone one else was having much success sharing the cage with Rousey.

A black belt in both Brazilian and Japanese jiu-jitsu, Davis holds victories over Rosi Sexton, Liz Carmouche and Jessica Eye, and most recently defeated former Strikeforce champ (and fellow Canuck) Sarah Kaufman at UFC 186 in Montreal. Davis gave birth to a baby boy, Rafael, a couple months ago and will not return to action until sometime in 2017. 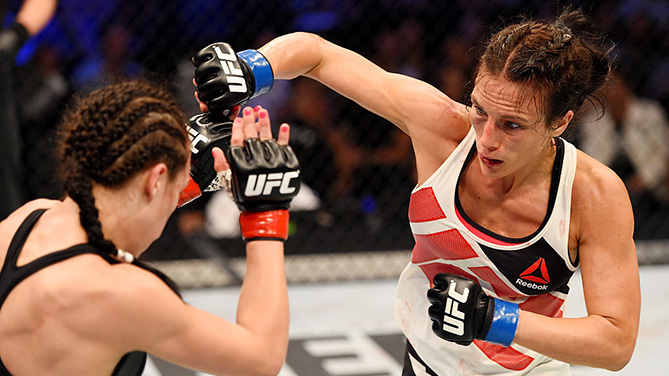 The Unexpected One: Valerie Letourneau

A veteran of the Canadian regional scene for a number of years prior to getting a shot in the UFC, Letourneau made the most of her Octagon opportunities, earning victories over Elizabeth Phillips and Jessica Rakoczy before a timely win over Maryna Moroz last summer catapulted her into a title bout opposite Joanna Jedrzejczyk at UFC 193 in November.

Though she came out on the wrong side of the cards, “Trouble” went the distance with the dangerous champion, showing incredible toughness and heart while having some positive offensive moments of her own against “Joanna Champion.” She returns to action in a special flyweight attraction against Joanne Calderwood next weekend in Ottawa.

Soszynski spent the final nine fights of his 39-fight career inside the Octagon, coming off Season 8 of The Ultimate Fighter to land wins over Brian Stann, Stephan Bonnar and Goran Reljic.

“The Polish Experiment” got to the UFC a little later in his career than most that made their way through the long-running reality TV competition and accumulated miles and injuries cut his time in the UFC cage short, with his nine-fight UFC tenure lasting three years.

Despite only a brief time on the biggest stage in the sport, Soszynski stood out, both as a result of his menacing appearance and his “leave it all in the cage” style.

The One That Got Away: TJ Grant

Following a unanimous decision loss to Ricardo Almeida at UFC 124, Grant made the move to lightweight and rattled off five straight victories, culminating with back-to-back first-round finishes of Matt Wiman and Gray Maynard.

The impressive winning streak earned the Cole Harbour, Nova Scotia native a shot at then lightweight champ Benson Henderson, but Grant never set foot inside the Octagon again. The gritty contender suffered a concussion while preparing for the contest and was forced to withdraw from the bout.

Grant was as game as they come, maximizing his skills and reaching the upper echelon through force of will, persistence and a great beard and it’s a shame that he never got his opportunity to challenge for UFC gold.