The 10: The Best from an Action-Packed November

This is the best time of year if you’re a fight fan.

No matter what the opening 10 months bring, the final two months of each UFC campaign tend to be loaded with events and stacked with stars. This month is no different, as an all-star event at Madison Square Garden kicks off a run of four events in as many weeks that will set the table for an indescribably good December.

Without any further ado, here’s a look at some of the key fights coming your way over the next month.

Not only is this a matchup of Top 5 talents in the welterweight division and a battle to see which one of these two stars will maintain their place in the title picture, but it’s also a wildly compelling stylistic clash as well because with both men in need of a victory, the hesitancy that highlighted their most recent outings should be a thing of the past.

The last time Thompson strode into MSG, he was on a seven-fight winning streak and fighting for the welterweight title. This time around, “Wonderboy” is looking to end a two-fight skid and get back to the destructive ways that carried him into title contention in the first place. After starting the year with a second-round stoppage win over Donald Cerrone, Masvidal dropped a close split decision to Demian Maia that halted his climb up the divisional ladder momentarily and now he too is angling to regain some momentum.

Will Masvidal be able to use his sharp counterpunching to catch Thompson on the way out or will the karate stylist dart in, do damage and retreat to open spaces before the American Top Team product can make him pay?

Up until a few days ago, there didn’t seem to be too much tension between these two, but then the champion and challenger got heated with each other on last week’s conference call and the animosity and the anticipation for this contest got ratcheted up several notches.

Jedrzejczyk is one of the top talents in the sport; a fierce competitor who is technically brilliant and battle-tested. Namajunas is a gifted athlete who is still developing as a fighter after getting saddled with lofty expectations early in her career. While Jedrzejczyk seems to thrive on emotion and the energy of the crowd, Namajunas is an icy competitor who is just starting to scratch the surface of her potential.

Each of their individual appearances in the Octagon to date have been electric and pairing them together here with the women’s strawweight title hanging in the balance should produce something special.

Cody Garbrandt vs. TJ Dillashaw for the UFC bantamweight title

This is so much more than a showdown between champion and challenger.

These are friends turned rivals settling a long-standing grudge in the cage. This is a former champion looking to reclaim the belt he lost last year by unseating a confident titleholder who has yet to fully solidify his place atop the division. This is a potential superstar seeking the first of many successful title defenses and eager to take the first step towards world domination.

Garbrandt delivered one of the most eye-opening performances of 2016 with his systematic five-round dismantling of Dominick Cruz last year at UFC 207, but he’s been sidelined since, while Dillashaw rebounded from losing the title to Cruz in January with a pair of impressive unanimous decision victories over divisional stalwarts Raphael Assuncao and John Lineker. Both are well-rounded, aggressive offensive fighters and neither has any interest in allowing this one to be close.

Don’t be surprised if these two elite bantamweights steal the show on Saturday night.

Michael Bisping vs. Georges St-Pierre for the UFC middleweight title

While the winner of this one will walk away with the middleweight title, it almost feels like there is more at stake than the shiny gold belt that Dana White will wrap around the winner’s waist at the end of the night.

Not only is Bisping fighting to retain his title and maintain his place atop the middleweight division, but a victory would also keep him alone in first place on the all-time wins list and give him three straight victories over all-time greats. It might also, just maybe, get him the respect and praise he rightfully deserves for an outstanding career.

For St-Pierre, this is a chance to add another impressive accomplishment to his already sterling resume. With a victory, he’d become the fourth man to win UFC gold in two different weight classes, draw level with Bisping for the most wins in UFC history and push his winning streak to 13 overall, three shy of Anderson Silva’s record of 16 straight.

And here’s the thing: even without all the historical implications, this is a hell of a fight and will be an interesting chess match between two first-ballot Hall of Famers from the opening bell until the final horn.

Let me start by saying there are a bunch of great fights on this card that would have made this list in a less loaded month, but since I can only pick 10 fights in total, this intriguing clash of emerging strawweights is one of the two from this event I wanted to single out.

Pereira has very quietly won a pair of fights in the UFC to push her record to 13-0 overall. The 24-year-old Brazilian edged out former title challenger Valerie Letourneau in her promotional debut last December and followed it up with a unanimous decision result opposite Jamie Moyle in June. With another victory, “Sucuri” should break into the rankings and start facing some more established competition.

Competing for the first time since winning Season 23 of The Ultimate Fighter, Suarez has championship potential, as she has world-class wrestling and grappling skills and experience competing in high-pressure, intense situations. While she’s still just getting started in her mixed martial arts career, the 26-year-old Suarez has the type of pedigree and background that could allow her to make massive strides between fights and a rapid rise up the rankings. 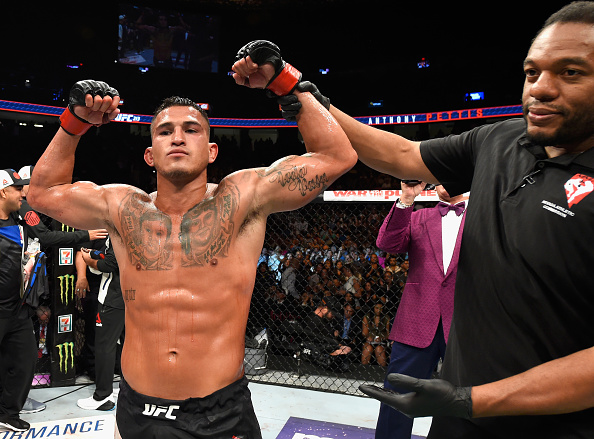 WEC alums headline the organization’s first visit to the Hampton Roads area of Virginia as these two veterans look to keep pace in the always moving, always competitive lightweight division.

Following a two-fight drop to featherweight, Pettis returned to the division he once ruled July with a unanimous decision win over Jim Miller, his first win in the 155-pound weight class since he successfully defended the title against Gilbert Melendez at UFC 181. Refocused and ready to build off his victory over the gritty Garden State resident, this fight is an opportunity for Pettis to prove he’s capable of climbing to the top of the division again.

Poirier also picked up a victory over Miller earlier this year, besting the blue-collar veteran in February before his clash with Eddie Alvarez at UFC 211 ended in controversy. With that rivalry on hold for the moment, “The Diamond” enters in search of the biggest win of his career and the kind of performance that can carry him into the title conversation.

Set aside their recent results because after years of fighting at strawweight, Rawlings and Calderwood finally get the chance to compete in the Octagon at flyweight and both should be at their absolute best for this one.

Calderwood has already shown what she’s capable of when fighting at 125 pounds in the UFC, earning a third-round stoppage win over Valerie Letourneau when the two squared off in a special flyweight attraction last summer in Ottawa, Ontario. That performance featured an aggressive, attacking Calderwood and it stands to reason that she will offer more of the same here.

Like her TUF 20 compatriot, Rawlings has had mixed results competing at strawweight, earning wins over Lisa Ellis and Seohee Ham before dropping back-to-back contests to Paige VanZant and Tecia Torres. As tough as they come, the rowdy Australian should have more pep in her step and zip on her punches this time around and the added motivation of ending a two-fight skid at home doesn’t hurt either.

With the division kicking off in earnest in a couple weeks, the winner of this one has a chance to join Mara Romero Borella at the head of the pack as the division unfolds and the title chase kicks off.

After getting back into the win column with a first-round submission win over extremely late replacement Walt Harris at UFC 216, Werdum was chosen to replace Mark Hunt opposite Tybura here.

Following an uneven performance against Alistair Overeem earlier this year, many questioned what the future holds for the former heavyweight champion Werdum. While his bout with Harris failed to provide any real answers, this is the type of matchup that will go a long way in determining if another run at the title is in the cards for “Vai Cavalo.”

Entering in the best form of his UFC career, Tybura gets the opportunity to establish himself as a true title contender with victory over Werdum. Fundamentally sound in all facets of the game, the 31-year-old Polish heavyweight has been working with the team at Jackson-Wink MMA recently and has shown steady improvement through his four-fight stint in the UFC.

If he can topple the former titleholder here, Tybura could theoretically find himself in a title elimination bout in early 2018. 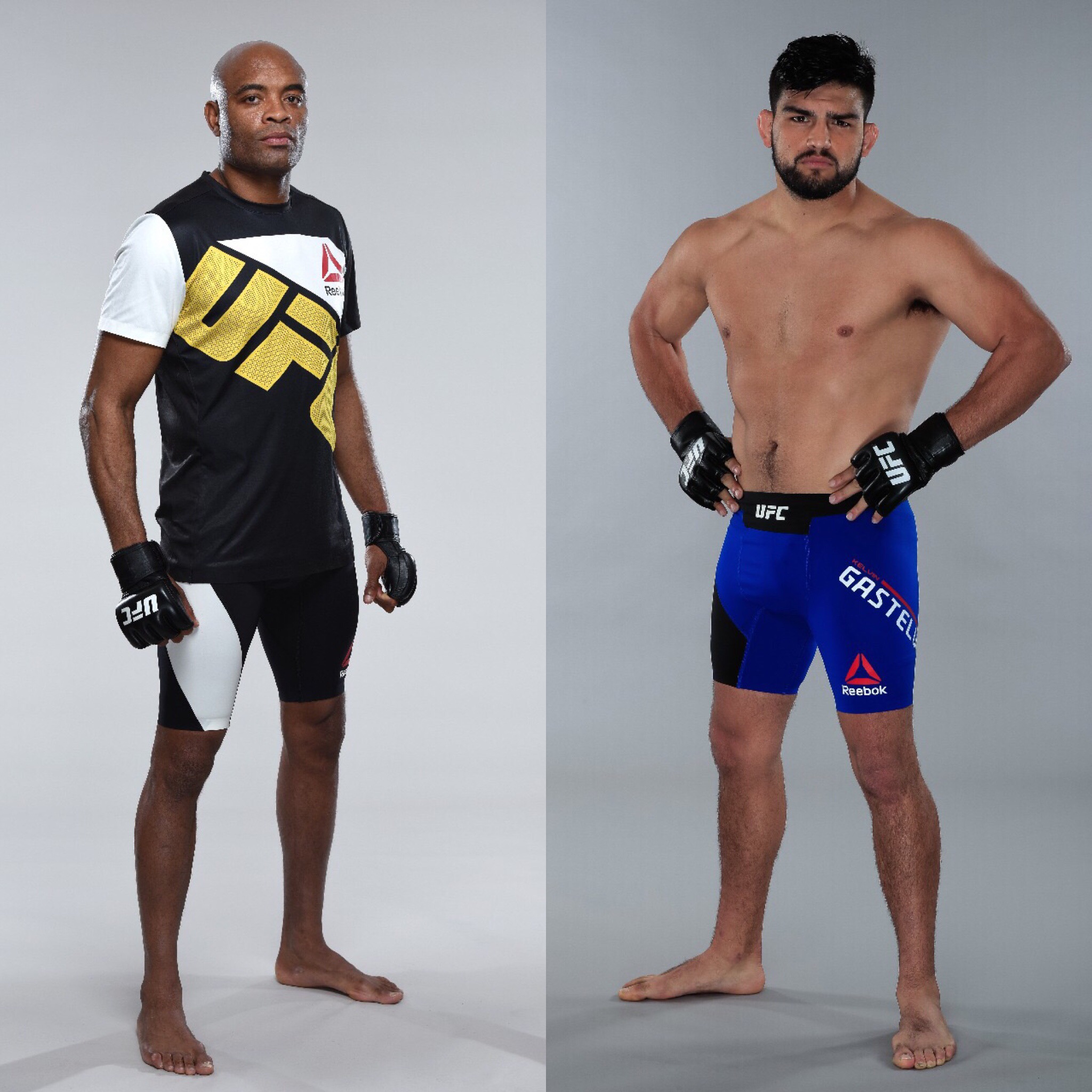 The winner of this one should be added to the short list of emerging talents to watch going forward in the loaded featherweight division.

A training partner of Frankie Edgar and the rest of the Iron Army, Magomedsharipov collected a Performance of the Night bonus for his second-round submission win over Mike Santiago in his Octagon debut back in September. Backed by an all-star camp that can’t say enough good things about the 26-year-old, a strong sophomore showing could expedite the Dagestani newcomer’s climb up the 145-pound rankings.

Not to be outdone, Moraes also comes from an elite camp (Blackhouse) and boasts an impressive resume, having collected nine wins in 10 appearances, with his only setback coming against Top 10-ranked bantamweight Marlon Moraes (no relation). The 27-year-old bounced back from that defeat with a pair of wins over proven veterans Robbie Peralta and Luis Palomino and hits the Octagon for the first time ready to derail Magomedsharipov’s hype train and prove he’s the new arrival you should be paying close attention to in the featherweight ranks.

Previously scheduled to meet this summer at UFC 212, Rio de Janeiro’s loss is Singapore’s gain as Silva and Gastelum will finally meet in the final fight of the month to close out the UFC’s first event on Mainland China.

Back in February, Silva earned his first victory in over four years, edging out Derek Brunson on the scorecards at UFC 208. Following the official decision and fighting back tears, the former middleweight champion talked about his undying love of the sport and desire to continue competing, even though he knows he is no longer the same man who once lorded over the 185-pound ranks with an iron fist.

Gastelum enters in an interesting position, having come out on the wrong side of the result in a fun, headlining tilt against former champ Chris Weidman in July. At 26, he’s still not quite in his athletic prime, so his best days could still be in front of him, but after a dozen appearances in the Octagon, Gastelum has yet to show the kind of consistency necessary to compete against the absolute best in the business.

Of course, getting a win over one of the greatest of all-time wouldn’t be a bad way to close out 2017 and start a charge towards the top of the division. As for Silva, being able to knock off a talented fighter more than 15 years his junior would prove he’s still got some quality years left before he rides off into the sunset… and the UFC Hall of Fame.