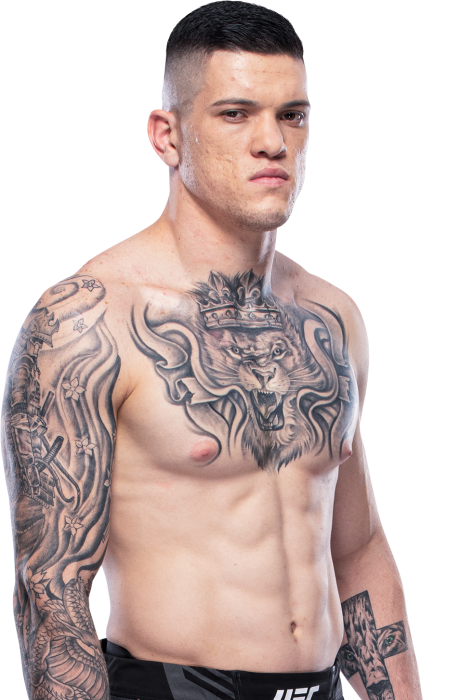 When and why did you start training for fighting? I started training martial arts just for sport. But I started to love fighting and things went very natural for me since.
What ranks and titles have you held? Imortal FC middleweight champion, CFP middleweight champion
What does it mean for you to fight in the UFC? It`s a dream come true. I`ve worked so hard to fight here and it gives me the chance to make a career inside UFC.
What was your job before you started fighting? I never worked; I always focused myself on being an MMA fighter for a living.
Ranks in any martial arts styles: BJJ black belt
Favorite grappling technique: Rear naked choke
Favorite Striking technique: High kick to the head