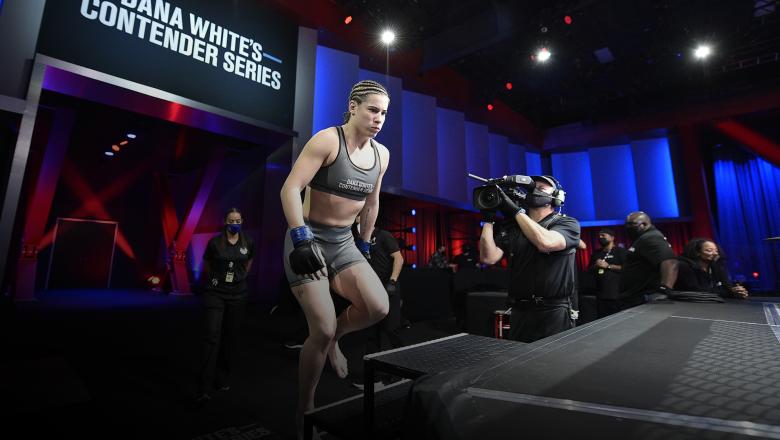 After her upset win on Dana White's Contender Series, New Jersey native Victoria Leonardo plans to prove she belongs with the best of the best. 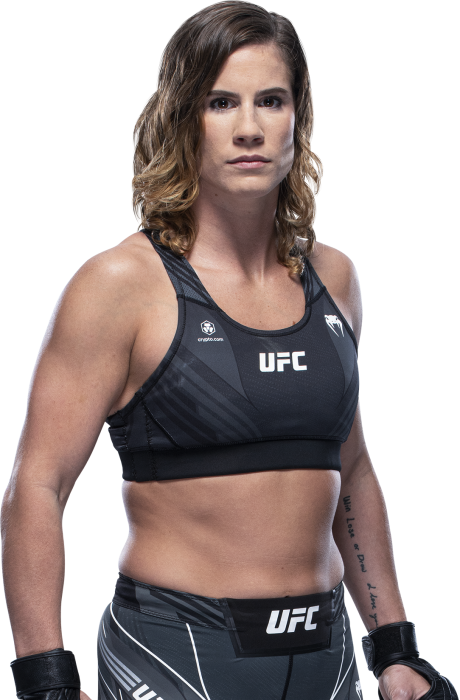 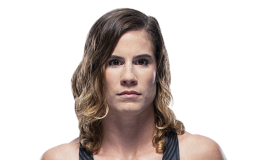 Q&A
When and why did you start training for fighting? I’ve had a long history of martial arts in my life. I studied Kung Fu from age 11 to 14. Later as an adult I decided to get back into it and quickly found I wanted something more real than point sparring. I wanted to really challenge myself and so I tried my hand at boxing and wrestling. Eventually I landed at an MMA gym and never looked back. My first amateur fight was an amazing experience and solidified my desire to keep pressing forward.
What ranks and titles have you held? I’ve won various grappling tournaments. I’m a purple belt in BJJ. I have a black belt in My Jhong Law Horn Kung Fu. I won an amateur IKF world Muay Thai belt in 2016. I had two amateur title belts for a local Louisiana promotion in both the 125 and 135 divisions.
Do you have any heroes? Our brave first responders and the military men and women that serve this country. I have a brother and sister-in-law that both served in Afghanistan. My husband has been a law enforcement officer for over 20 years. These are the real heroes of our day.
What does it mean for you to fight in the UFC? It’s the culmination of everything I’ve been working so hard for the past five or six years. I want to be the best and fight the best. With a look at my record, anyone can see that I haven’t shied away from the difficult fights. I’ve taken the best of what has been offered to me and I have not padded my record like so many others. I have what it takes, and a contract gives me the opportunity to compete with the best in the world and show why I will be one of the best female fighters in the world.
Did you go to college and if so what degree did you earn? I went to LSU in Shreveport and have a degree in Spanish. I love to travel and learn from and about other languages and cultures.
What was your job before you started fighting? High school Spanish teacher
Favorite grappling technique: RNC
Favorite Striking technique: Side kick 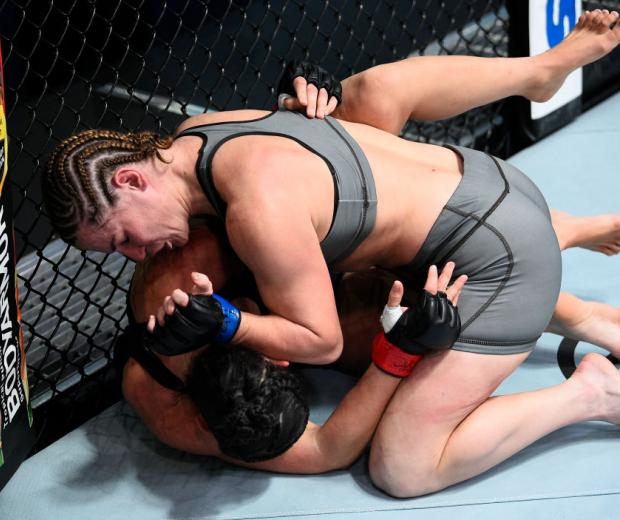