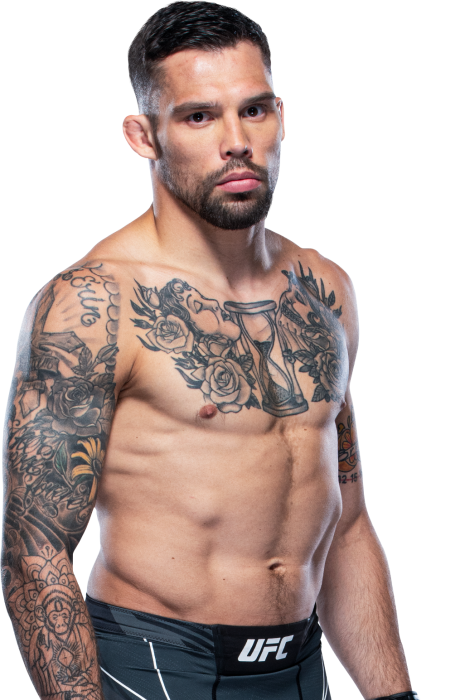 When and why did you start training for fighting? My senior year of high school at the age of 17.
What ranks and titles have you held? Shotgun Fights featherweight and lightweight champ
Do you have any heroes? My dad
What does it mean for you to fight in the UFC? A chance to win a world title
Did you go to college and if so what degree did you earn? PhD at the school of hard knocks
What was your job before you started fighting? HVAC install mechanic
Specific accomplishments in amateur competition? 8-0 in MMA, 1-0 boxing and national champion in kickboxing
Ranks in any martial arts styles: Purple belt in BJJ
Favorite grappling technique: Guillotine
Favorite Striking technique: Uppercut