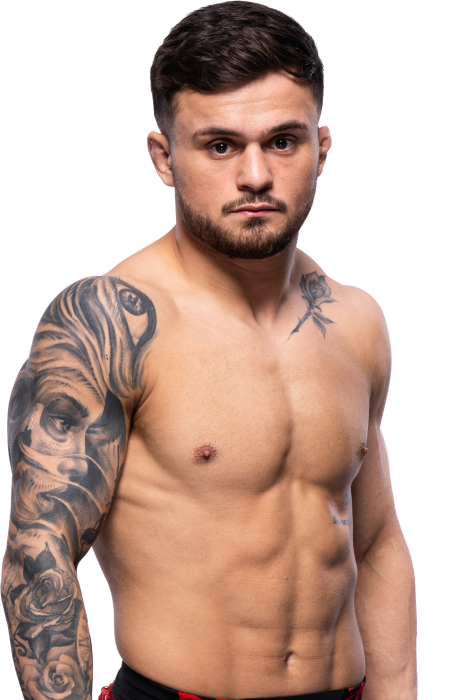 UFC HISTORY
UFC Fight Night (4/16/22) Laramie lost a three round unanimous decision to Pat Sabatini
UFC Fight Night (9/19/20) Laramie was submitted by Darrick Minner via guillotine choke at :52 of the first round

When and why did you start training for fighting? I Started training when I was 12 years old. My dad introduced me to the sport as a fan and then I eventually tried a class. From there I was hooked. The 1 on 1 aspect really drew me to the sport.
What ranks and titles have you held? BJJ brown belt. IKF World Kickboxing Xtrm Fitness champion (amateur), WKA North American nationals champion (amateur), 2013 IBJJF blue belt world NOGI champion, TKO MMA 145lb champion, PFC 145lb champion
Do you have any heroes? Frankie Edgar is my all-time favorite fighter. Muhammad Ali
What would it mean for you to fight in the UFC? The UFC is everything I’ve dreamed of since I’ve started this sport. It’s the whole reason why I do what I do.
Did you go to college and if so what degree did you earn? Just high school.
What was your job before you started fighting? I’ve been a barber since the age of 16 and still currently cut hair.
Favorite grappling technique: Guillotine choke
Favorite Striking technique: Straight right hand