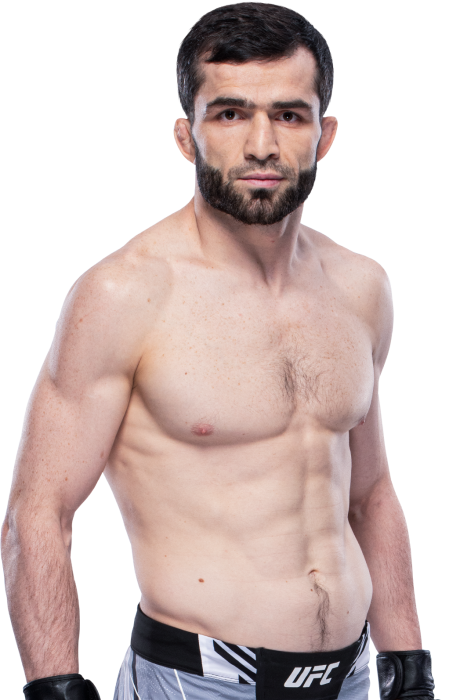 Q&A
When and why did you start training for fighting? I started training at the age of 15 because I love MMA.
Do you have any heroes? My hero is Prophet Muhammad (S.W.T.)
What does it mean for you to fight in the UFC? To fight in the UFC means a lot to me. It was a long journey to get here; now I have to prove that I can compete with the best fighters.
Did you go to college and if so what degree did you earn? I have a degree in Economics
What was your job before you started fighting? I used to work in construction and as a security guard.
Ranks in any martial arts styles: Brown belt in BJJ, Master of Sports in Sambo, International Master of Sports in Pankration