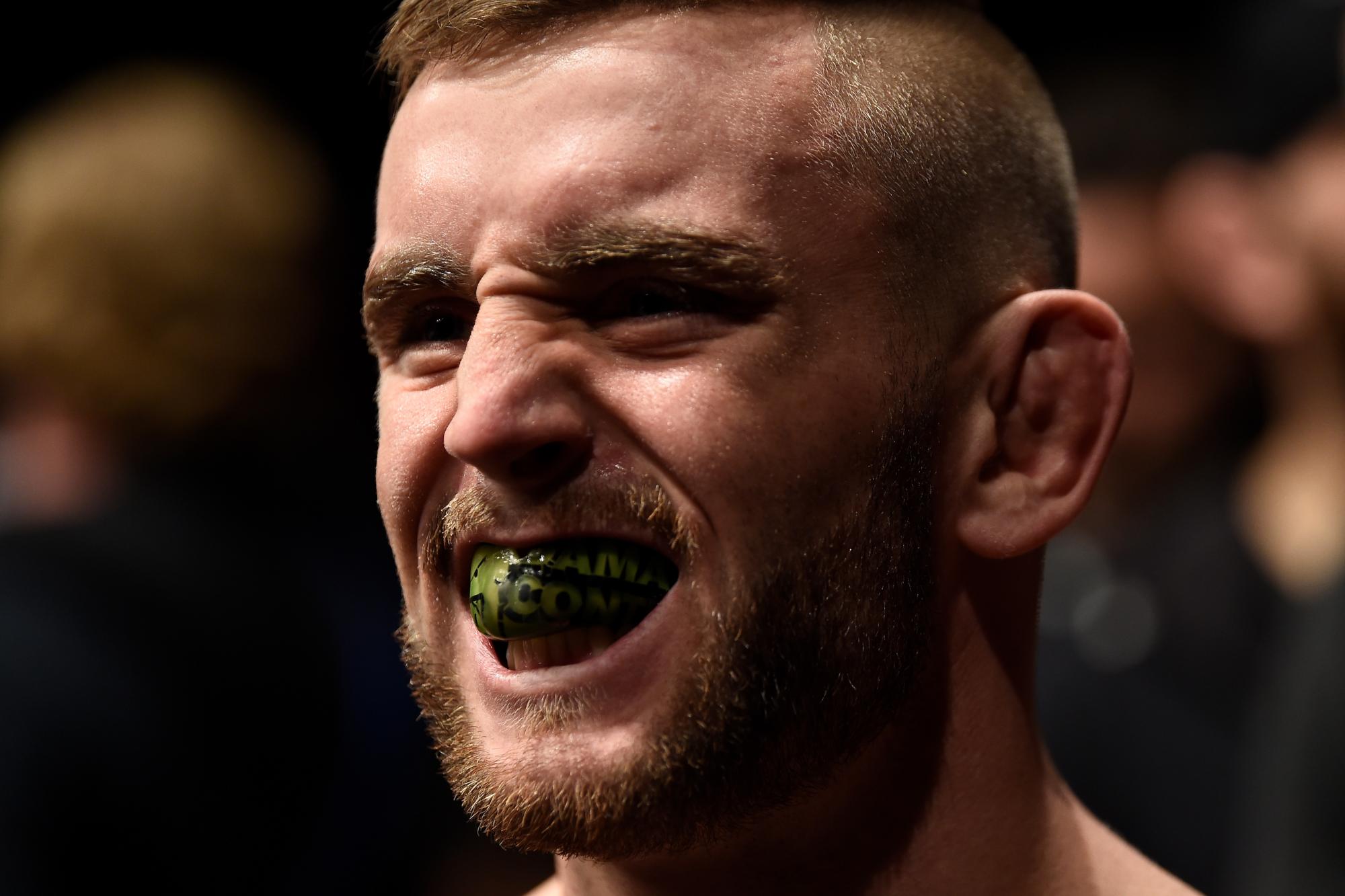 Tim Elliott reacts with UFC.com after his unanimous decision victory over flyweight Jordan Espinosa at UFC 259: Blachowicz vs Adesanya on March 6, 2021. 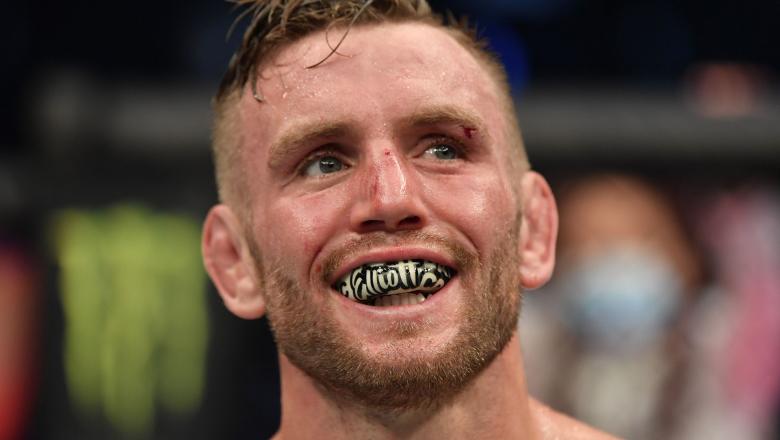 Since Moving To Kansas City And Training Under James Krause, UFC Flyweight Tim Elliott Has Felt The Shift In His Game And Is Ready To Show It At UFC 259.

Hear from the winner of a wild one from Fight Island 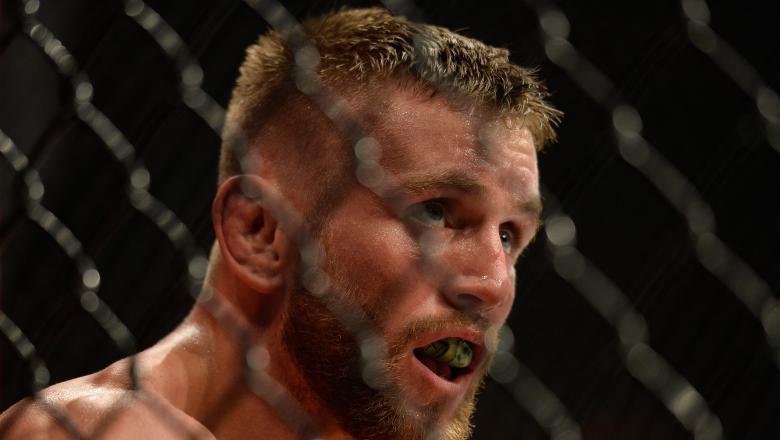 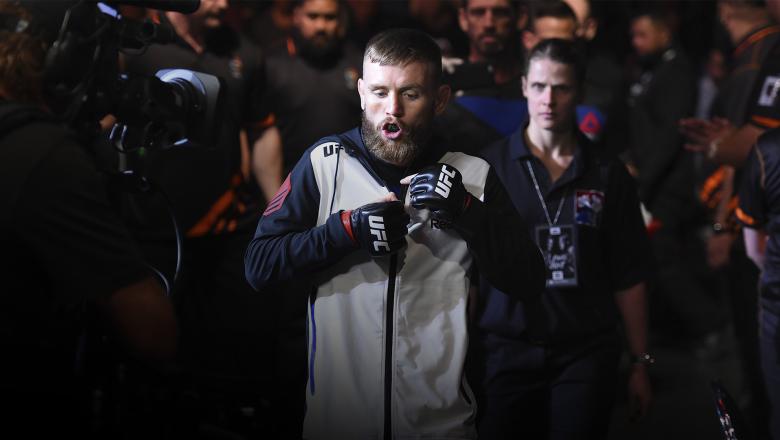 Tim Elliott Proud To Be A Flyweight

Saturday Night's UFC Fight Night Kansas City is filled with great fights, but because of that a few are flying under-the-radar. Fear not, UFC Minute takes a look at fights not getting their due, but very deserving of attention.

Forrest Griffin and Matt Parrino break down the new rankings and talk Demetrious Johnson and the rest of the flyweight standouts. Plus, a UFC 206 preview and how the Max Holloway vs Anthony Pettis and Cowboy Cerrone vs Matt Brown fights impact divisions. 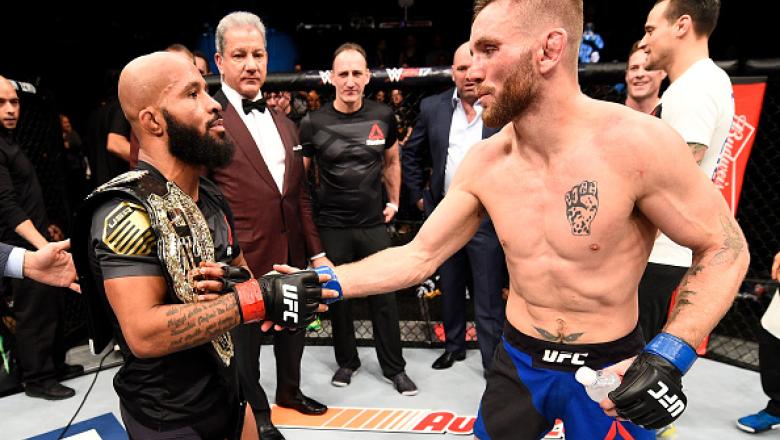 Hear from headliners Demetrious Johnson and Tim Elliott after their main event battle at The Ultimate Fighter finale on Dec. 3, 2016 in Las Vegas.

Watch the faceoff between Demetrious Johnson and Tim Elliott ahead of their flyweight title fight as part of The Ultimate Fighter Finale Saturday live from the Pearl at the Palm in Las Vegas. Watch live and free on FS1. 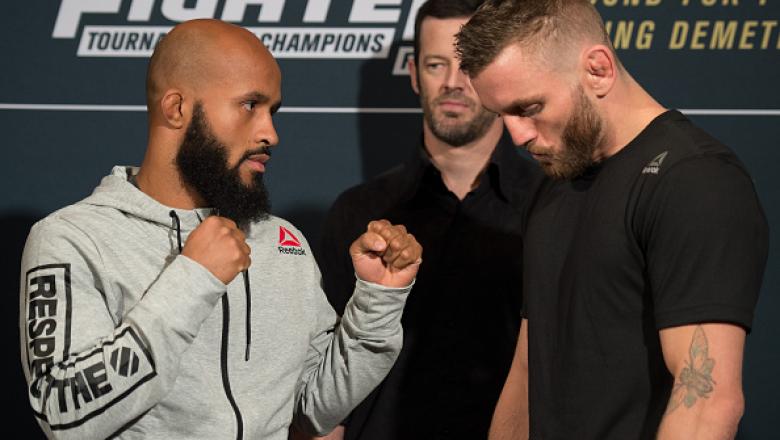 Can Tim Elliott take out Demetrious Johnson for the UFC's flyweight belt? That's the question heading into Saturday's Fight Night. Hear what Elliott has to say in this edition of the UFC Minute. 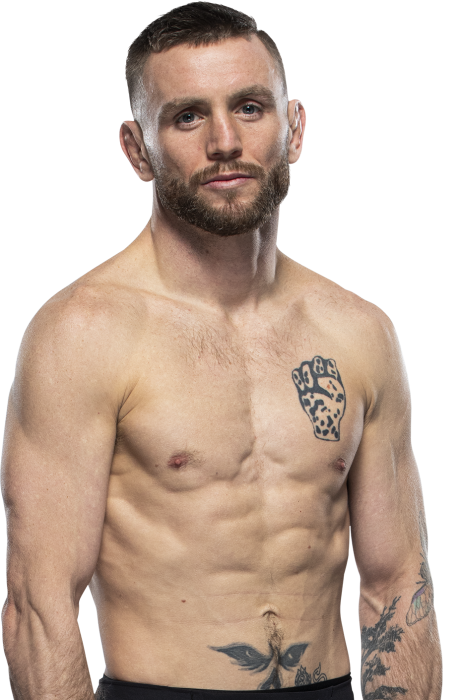 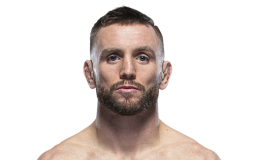 TRAINING: I had a short camp, so my training has mostly been just getting in shape. Lots of conditioning, and I’ve really been using the UFC headquarters in Las Vegas.
When and why did you start training for fighting? When wrestling was over, I needed something else to compete in.
What ranks and titles have you held? Titan FC flyweight champion
What does it mean for you to fight in the UFC? It means I can do my passion for a living at the highest level of the sport.
Did you go to college and if so what degree did you earn? Labette and U of Central Oklahoma, bachelor in Science and General Studies
What was your job before you started fighting? Full-time student
Specific accomplishments in amateur competition? 1-0 as an amateur
Specific accomplishments in pro competition? I hold a win over Jens Pulver and Josh Rave, who was ranked number eight in the world at 125 pounds.
Favorite grappling technique: Guillotine
Favorite Striking technique: Tomahawk chop

Cheer Tim Elliott in style.
Shop for him latest apparel from the official UFC store.
Visit the store 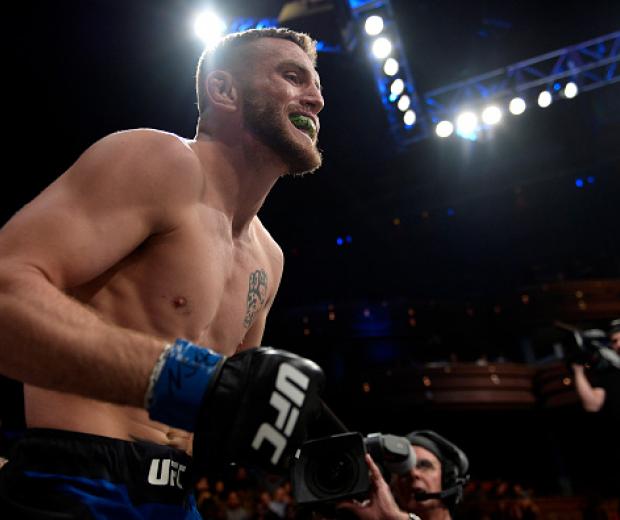